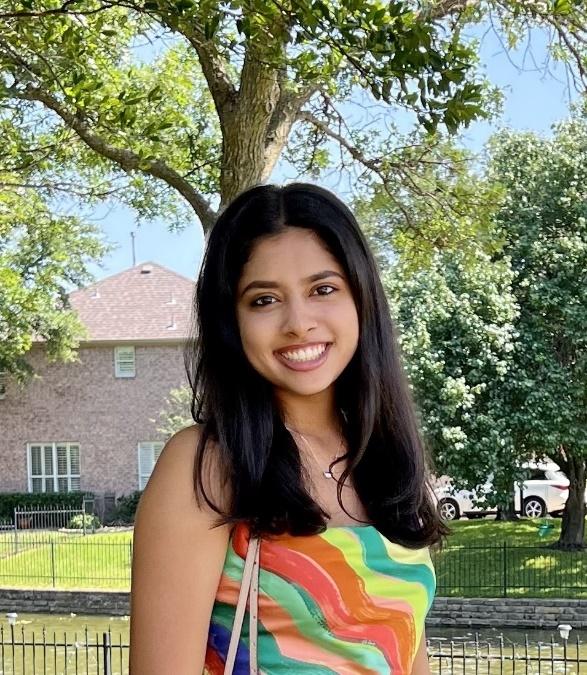 In honor of International Youth Day on Friday, August 12, we look back at the remarkable footsteps of American Red Cross Youth volunteer Natasha Banga. Banga is a rising freshman at Stanford University and alumni of Coppell High School. She has been an active Red Cross volunteer for four years and has held the leadership positions of Missing Maps Lead, Field Ambassador, and Line of Service Officer within the Youth Services Executive Board (YSEB). Through her passion and dedication to the Red Cross, Banga received the Navin Narayan College Scholarship, which the organization awards to one high school senior in the nation who embodies Navin Narayan’s characteristics of being a dedicated, compassionate and innovative Red Cross volunteer.

When she was a freshman at Coppell High School, Banga embarked on her volunteer journey with the Red Cross. However, she increased her involvement within the Red Cross in March of 2020, amidst the chaos of the COVID-19 pandemic. As a way of simultaneously reinforcing those struggling in her community while making efficient use of her free time, Banga explained that she found volunteering to be an activity that was both engaging and fulfilling. She gradually saw her scope for impact, taking her first leadership role as a youth Missing Maps lead.

“It was really a super exciting experience to get involved with communities in areas that aren't even on platforms like Google Maps and Google Earth… and what's important is that the American Red Cross can take advantage of these maps to find these communities and actually support them,” Banga said.

As her years in high school flew by, Banga spread her wings, leading teams of youth volunteers and spearheading several initiatives within the Red Cross. In addition to her role as Missing Maps lead, Banga has also served as the Line of Service officer on the YSEB, coordinating activities across multiple branches including international services, disaster/blood services and service to the armed forces. Her work as a Field Ambassador entailed involvement at the national level, interacting with youth volunteers from across the country and bringing forth what Banga claims to be her passion project, an annual ceremony designed to spotlight volunteers and their accomplishments throughout the year.

“All of us had to individually select a project that we would implement in our region that would do something for either the adult supervisors or for the youth. And so, I chose to implement the youth recognition and appreciation program,” Banga said.

During her time with the Red Cross, Banga took significant steps in growing as an individual. She learned to collaborate effectively and efficiently within a group setting, learning from her mistakes and pinpointing her weaknesses to improve upon.

“Play to your strengths and then account for your weaknesses,” Banga said. “So, for me as a leader personally, I'm someone who is very laid back just as a person, and so sometimes I won't be as stringent with people about deadlines. So that's something I always have to keep in mind.”

Banga’s patient dedication to her volunteer work with the Red Cross has led her to touch the lives of many, allowing her to take away heartwarming memories of the people and places she has impacted. Banga explains that being able to recognize the material impact that she makes is what is most rewarding.

“At my school, we held a Totes of Hope drive back in March, and so we collected hygiene products and some food items for homeless veterans in the region,” Banga said. “[Tom] was a Red Crosser who came to pick up items and transfer them to the Dallas Veteran Services Office. And when he did, he told us how he himself had actually been a veteran and had been homeless for a time. But it was the Red Cross who helped him get back up on his feet. That was one moment where I really felt emotionally like I was directly making an impact.”

As Banga moves on to her next chapter in college, she leaves us with a few pieces of constructive advice for similarly aspiring high school students. She encourages students to focus not on adding yet another extracurricular to their resume, but on discovering a genuine enthusiasm in uplifting the greater community.

“Find what you're interested in and just hone your passions in it. Let things happen naturally,” Banga said.