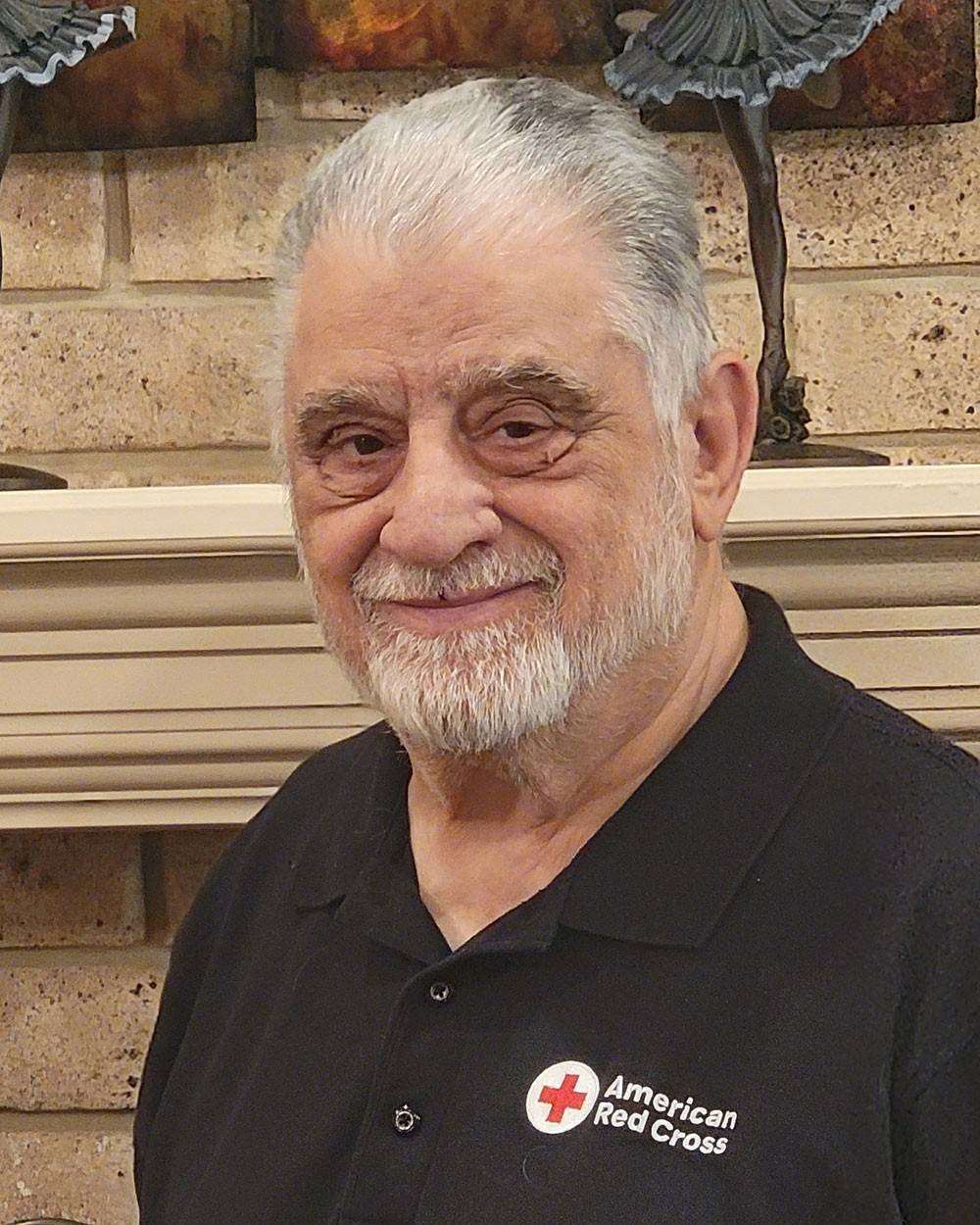 Navy veteran Jim Carras is the volunteer partner for International Services North America within the American Red Cross headquarters. He generously shares his time and has grown through his local Red Cross chapter into his current role. He exemplifying the best qualities of the Red Cross as he carries the mission forward.

Carras served in the U.S. Navy for four years. It was a defining experience for him and helped shape him into who he is today.

“I pretty much grew up in the Navy,” he says. “I didn’t know much about life before I joined.”

Out of the many life-changing incidents that occurred during his time in the Navy, Carras recalled a particular event that took place while he was stationed at Port Lyautey, Morocco. An earthquake hit late at night near Agadir, Morocco, an hour flying south along the western coast from where he was.

Carras was one of the first Americans on scene to help all the civilians and their families cope with the devastation of the aftermath. The earthquake ultimately took the lives of some 12,000 to 15,000 people from the area.

“It changed my perception on humanitarian issues,” he says.

Originally from Kansas City, Missouri, Carras moved for work after leaving the military. He started his career working at NASA for about seven years. During his time there, he learned about and contributed to the development of various new innovations and technologies, including the Saturn V Booster.

Soon after his experience at NASA, AT&T hired him to develop a new telephone system. Afterwards, he moved into manufacturing, which eventually led him to a career in business and consulting. He spent about four years working in this field before retiring.

After his retirement, Carras did not lose his passion for service and philanthropy. He joined the Red Cross because he has a “strong appreciation for the organization.” He started off in the disaster services branch of the Red Cross, but soon moved into the Humanitarian Law branch.

Until recently, Carras oversaw all activities under this branch including IHL and the Youth Action campaign. He says their main goal is to create awareness of International Humanitarian Law. When he first started working with the Red Cross, he only put in a couple of hours per day, but that quickly turned into a full-time job, working about six hours a day.

The work isn’t always easy. Carras says that stress can play a factor in his work. “Well, there’s a little bit of all of that,” he says, but he believes the key to relieving stress and anxiety is organization. “If you let things get out of control, then all of a sudden, you have a lot of headaches all the time.”

Through Red Cross, Jim Carras continues to grow his passion for humanitarianism and strives for success. In many ways, Carras’ service and commitment to duty help define what it means to be a part of the Red Cross.