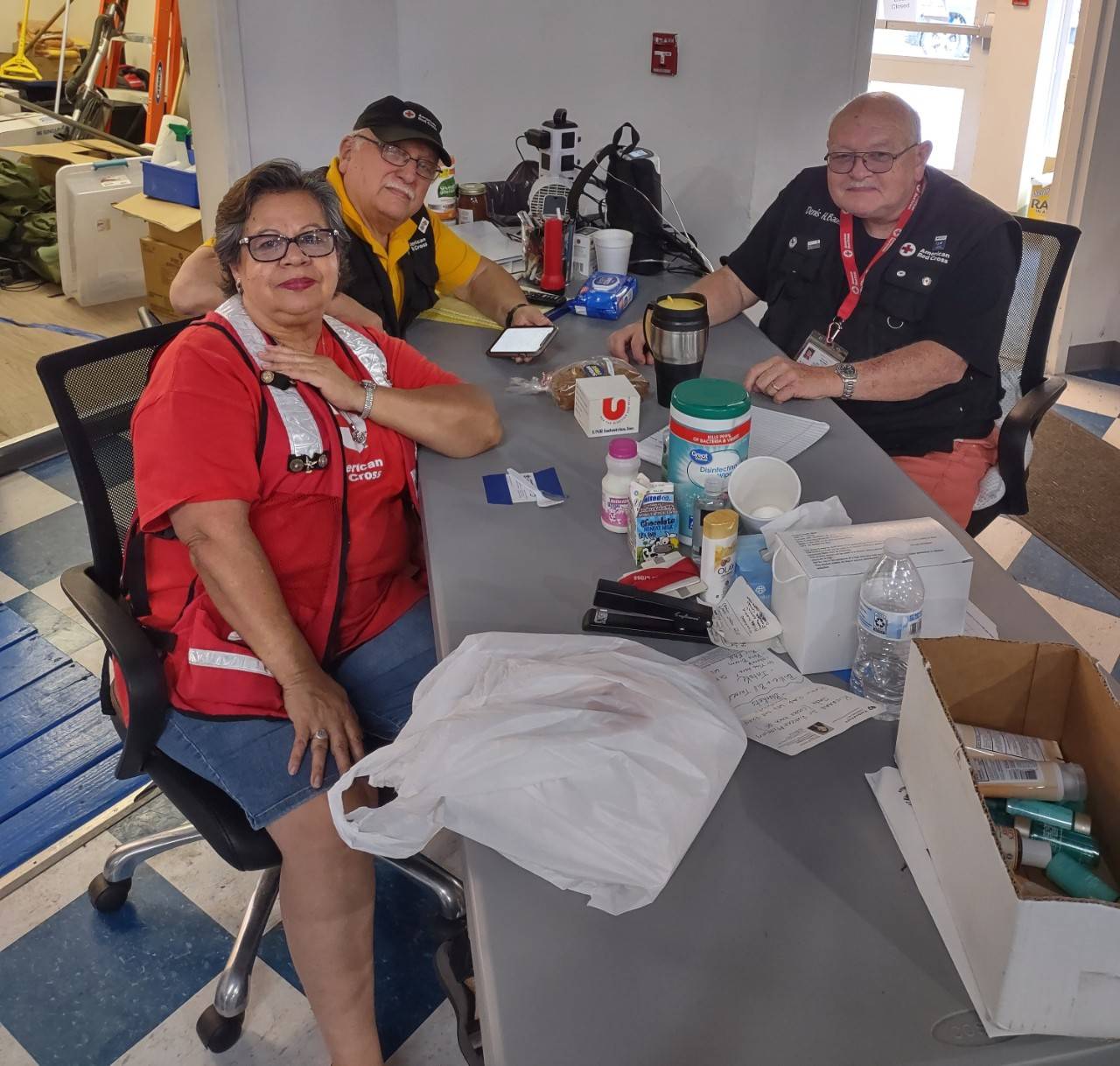 By: Brian Murnahan and Doyle Rader

Clara Vallejo, a Fort Worth, Texas volunteer answered the call to travel to Kentucky to render aid to those impacted by extreme flooding. She is working at a county-operated shelter at the Floyd County Community Center in Langley, Kentucky, supporting the basic needs of the community.

The Kentucky floods were triggered by a 1-in-1,000-year rain event that has devastated much of Eastern Kentucky, upturning lives, and destroying hundreds of homes. In response, the American Red Cross has mobilized staff and volunteers from across the country to help provide shelter, meals, and critical support to help those in need. On Tuesday, more than 280 Red Cross volunteers from across the nation had deployed to support the Kentucky floods.

“Mostly, we're just signing people in and making sure they get the supplies that they need for right now,” Vallejo says of her shelter responsibilities. “Laundry detergent, cleaning stuff, deodorant, washing lotion or body wash, clean up kits and comfort kits. Stuff like that.”

WSAZ-TV spoke to Makayla Sammons who had 5 feet of water in her home about the shelter. “It is a big relief, because knowing that everything we lost we can get some of that back or get help assistance to get that back so that’s a big relief.”

There’s a steady stream of people coming in daily seeking supplies and services, Vallejo says. Right now, the shelter is housing a little more than two dozen people, but she’s expecting that number to significantly increase in the coming days as shelters at nearby schools close in preparation for the start of the school year.

Residents of Eastern Kentucky have had a lot to face in the past 18 months including flooding and mud slides year ago. Tornados and straight-line winds hit the state hard this past December.

“I am so incredibly proud of all of our volunteers headed to Kentucky and Missouri in response to these flooding disasters,” said Ariane Einecker, interim CEO for the Red Cross North Texas Region. “On Tuesday night, the Red Crossers and our partners provided comfort and care for more than 470 residents in multiple shelters across Eastern Kentucky.”

This isn’t Vallejo’s first deployment. She estimates that she’s deployed between 30 and 40 times since she started volunteering with the Red Cross in 2008. Since that time, she’s done a little bit of everything with the organization from canteening to driving an Emergency Response Vehicle.

Vallejo, 72, says that most of her disaster deployments have been local, given Texas’ seasonally volatile weather. However, she has deployed to Louisiana multiple times. She also helped with recovery efforts in New York after Super Storm Sandy.

She’ll likely be in Kentucky for at least two weeks, helping with ongoing sheltering efforts. Even though the work can be challenging at times, Vallejo says that she feels that it’s her responsibility to help provide relief to individuals and families that need it most.

Donations enable the Red Cross to prepare for, respond to and help people recover from disasters like floods and fires. Consider making a gift to Red Cross Disaster Relief. Your gift is a commitment to helping people in need. Visit redcross.org, call 1-800-RED CROSS, or text the word REDCROSS to 90999 to make a $10 donation.