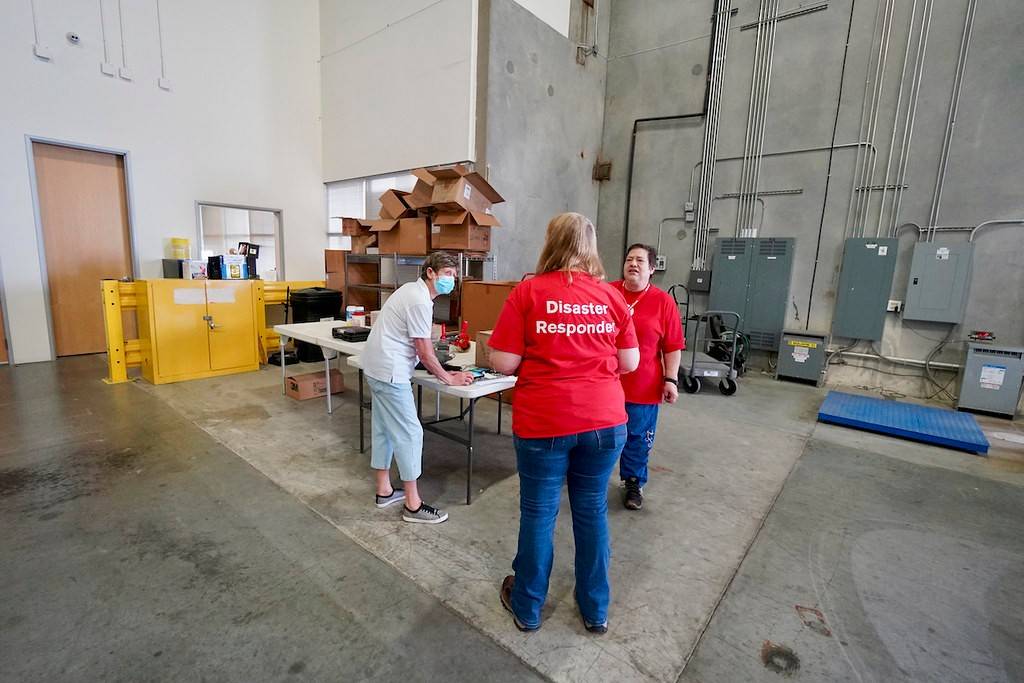 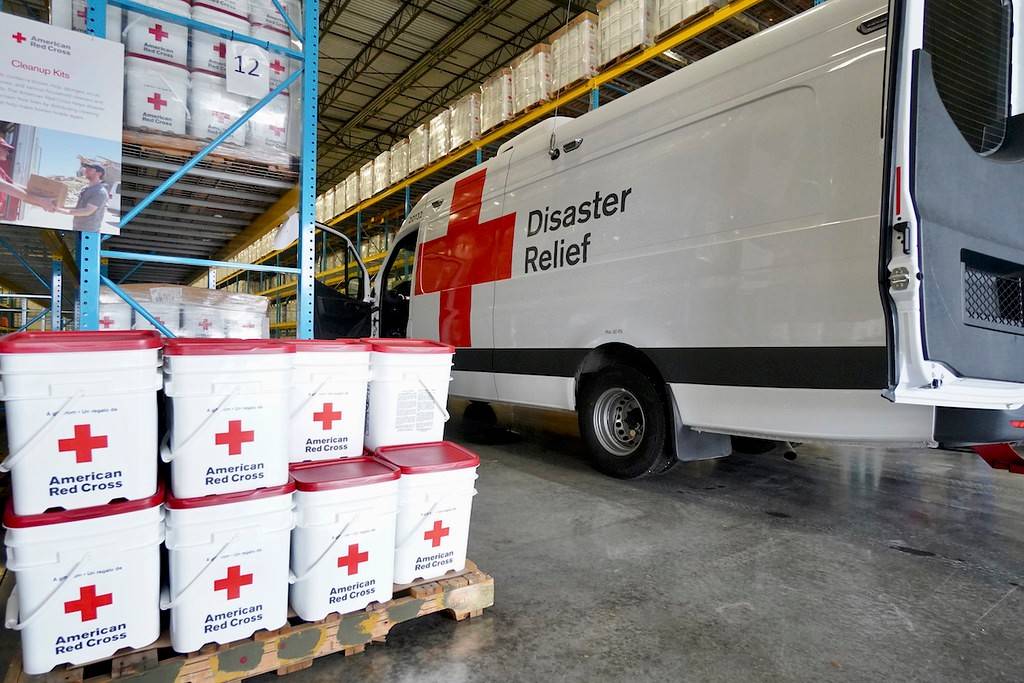 As record rainfall continued its deluge across North Texas Monday, American Red Cross staff and volunteers fanned out across the Dallas-Fort Worth Metroplex, responding to those in need. Volunteer Carolle Cox was on the first on the ground assessing the damage as it happened.

She arrived on the scene in Azle, Texas, where an apartment building had collapsed due to rising floodwaters. She then headed to Samson Park, near Fort Worth, where a home suffered extensive roof damage.

They were the first of many stops Cox would make. She zig-zagged all over the Metroplex in the coming days, as she and other Red Cross teams helped survey the damage caused by torrential rain and flooding, responding to individuals and communities in need.

Tuesday, after the heaviest rain had moved east into Louisiana and elsewhere, Cox loaded up an Emergency Response Vehicle at the Red Cross warehouse in Arlington with fellow volunteer Lisa O’Grady. Their destination was Everman, where the Red Cross was sporting an evacuation center.

For O’Grady, she had only taken the vehicles out on “exercise runs,” as she calls them. This would be her first experience providing disaster relief. Cox, a 30-year Red Cross veteran, reassured her that everything would be fine.

In Everman, the two provided shelter support before venturing out into the community. They focused a lot of their attention on one street that had seen a significant amount of flooding.

“We were mainly on street called Christie Avenue,” O’Grady said. “A lot of those homes have a river that runs right behind them. The river came up and there at the bottom of the hill most of the homes had some kind of issue.”

They stopped at the home of an elderly woman who had significant flooding in the back of her house. Despite her best efforts, she struggled with the care kit.

“She couldn’t get the cleaning kit open,” Cox said. “So, Lisa opened the kit. She couldn’t figure out what the broomsticks were, so Lisa put all of her brooms together for her. We reminded her that if she’s been using her regular house mop to clean up flood water, she should finish cleaning up flood water with it and then throw it away.”

As they drove through the neighborhood, several residents stopped Cox and O’Grady on the street asking for help. They graciously obliged.

“I look in the mirror and there’s this woman hustling down the street, hollering for all she’s worth,” Cox said. “I walk over to her and say, ‘Calm down. Relax. We’re coming.’ And she got up to me and said, ‘I didn’t want you to leave. The mail lady said you were out here, and I wanted to make sure my house is on your list.’ She was afraid we would forget her.”

“I really enjoyed being able to go out and deliver things to people that were cleaning up their homes,” O’Grady said. “They saw us, and they were very thankful that we delivered things. They were really nice and thankful. That was good. It was a good feeling to be there for them.”

The following day, Cox headed back out in the Emergency Response Vehicle, this time with another partner. They headed to Deep Ellum, a music and cultural district east of Downtown Dallas. The area is home to apartments, condos and lofts and saw extensive flooding Sunday night into Monday morning.

They stopped at a building at the eastern edge of the neighborhood on Commerce Street. Cox couldn’t imagine the damage she saw.

“The whole thing, the whole bottom floor,” she said. “Everybody in those exclusive apartments, my God, they were pulling up carpet and mopping out feet of water. The water marks were at three and four feet.”

She assessed similar damage elsewhere in the neighborhood before returning to the warehouse and heading home for the evening. Cox will be out again Thursday and however many days she’s needed until her work is done.

“We do everything we can,” Cox said. “We say to people, ‘our whole issue is to help you in times of disaster.’”