Through Carol’s Promise, Kenya Buckley Is Raising Awareness For Sickle Cell Disease In The Name Of Her Mother

Through Carol’s Promise, Kenya Buckley Is Raising Awareness For Sickle Cell Disease In The Name Of Her Mother 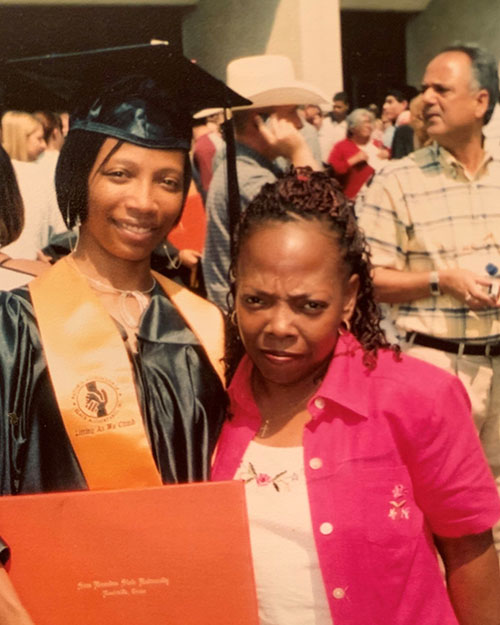 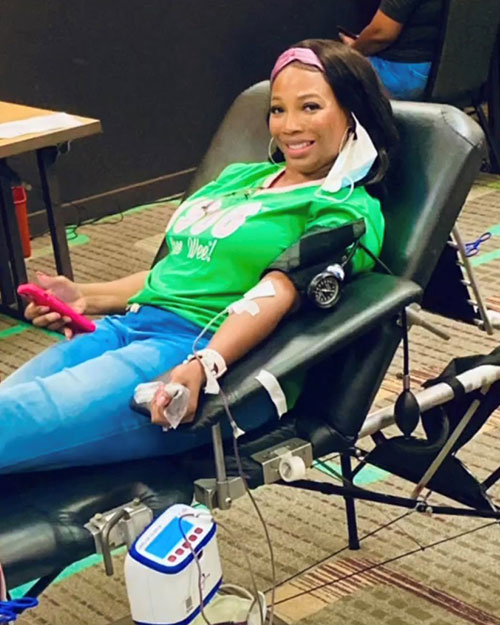 Kenya Buckley does it all because of her mother. Buckley's mother, Carol, passed away from complications related to sickle cell disease in 2005 at age 45. Kenya knew that she needed to do something to honor her memory and raise awareness of sickle cell disease. In 2017, Buckley founded Carol's Promise, named after her mother.

Carol's Promise is now in its sixth year of existence. The organization is doing exactly what Buckley envisioned for years: supplying care for those suffering from sickle cell and raising awareness among the public and medical professionals.

"We help families in the D-FW area," Buckley said. "We've also assisted families as far as Houston and we even assist families at the Children's Hospital in Cincinnati. … We work very heavily with the Cook Children's Hospital here in Fort Worth. We do a multitude of things—advocacy work, support groups, transportation help."

In the United States, more than 100,000 people have sickle cell disease. Most of them are of African descent. There is no cure, and despite being discovered over a century ago, there are few health resources for those suffering from it compared to similar diseases.

Carol's Promise provides care products, gift cards, food, gas and anything that will help lighten the load for patients and families facing long hospital stays. The organization either buys the needed items to donate, like heating pads, games and books, or generous members of the community gift them directly through the organization's Amazon charity page.

They also work with Tarrant County College and its nursing program. The goal is to educate nursing students about sickle cell and increase the overall awareness of the disease and the patient experience in the medical community.

"We work very closely with two hematologists—one at UT Southwestern in Dallas and one at Cook Children's," Buckley said. "So, we have them come out and teach the nursing students about sickle cell. We'll have patient panelists speak about the patient experience so that hematologists have that knowledge."

Aside from dutifully tending to the immediate needs of patients and working with medical students, Carol's Promise also hosts blood drives. The organization partnered with the American Red Cross for its first-ever drive back in 2017. Buckley said the turnout for that drive was low, but that didn't deter her. The relationship between Carol's Promise and the Red Cross began to blossom two years later when Buckley met Rena Witherspoon.

Witherspoon is the Red Cross sickle cell account manager for the North Texas Region. She works with organizations of every size to promote awareness and education about the disease through the Red Cross Sickle Cell Initiative.

"It was a no-brainer," Buckley said of working with Witherspoon. "She knew the importance of sickle cell and what blood donations do for patients with sickle cell. It's just been a joy to work with her because I can tell that even though she is doing her job, she still has a passion for our community, and she really wants to help like I want to help our community."

Getting to this point wasn't easy. Creating an organization that might one day help find a cure for sickle cell was something Buckley and her mother always talked about. She saw the work other organizations were doing to raise awareness of cancer, but she never saw anything like that for sickle cell disease.

"I always had the vision of one day making an organization as big as Susan G. Komen, or something like that, in relation to sickle cell," Buckley said. "But I had no idea how to even do it. It was just a vision I had at the time. It was not even attainable. It was just something that I wanted to do."

Speaking with a colleague at the City of Fort Worth in 2017, Buckley began to see how her vision could become a reality. He had prior experience starting a nonprofit and helped her get the paperwork in order. Soon thereafter, Carol's Promise transformed from an idea into a reality.

The founding principles of Carol's Promise continue to guide the organization. In April, Carol's Promise and the Red Cross partnered with the Panhellenic Council of Tarrant County, which includes the Divine Nine historical Black fraternities and sororities, for a blood drive. They collected 33 units of blood, with 31 donations coming from African Americans. The drive is now No. 1 in terms of African American donors outside of high schools.

"Donating blood is a very small selfless thing that we can do, something we take for granted," Buckley said. "We're just living life every day and we take for granted the blood we have can potentially save someone's life. I donated at our last drive. I wish I could donate next week, but I have to wait. I donate any chance that I can get."

Buckley looks forward to a long and fruitful partnership between Carol's Promise, the Red Cross and Witherspoon. The organization already has more blood drives scheduled for the spring and summer. Through Buckley's continued efforts, the memory of her mother lives on, and the impact Carol's Promise has on those suffering continues to grow.

"Our mission is to increase the quality of life for people that have sickle cell in their families," Buckley said. "Whatever we can do to try and alleviate some stress from them, that's what we try and do. We try to keep them educated so they can advocate for themselves as much as possible."