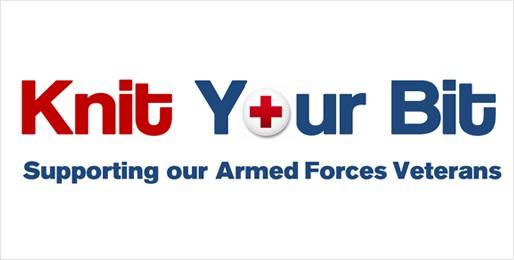 Knit Your Bit provides handmade hats, scarves, and other winter clothing items to veterans of the U.S. Armed Forces who find themselves in need. The program demonstrates to veterans that many people from many walks of life appreciate their service to our country and want to support them as they transition back into the civilian community.

The American Red Cross has always been at the vanguard of the knitting movement for the U.S. Armed Forces. During World War II, knitting served as one of the more prevalent ways individuals on the home front could support the war effort. The popular weekly magazine Life even featured a cover story about the initiative entitled “How To Knit.” Along with basic instructions and a pattern for a simple knitted vest, the article advised, “To the great American question ‘What can I do to help the war effort?’ the commonest answer yet found is ‘Knit.’” Thousands of Americans picked up their needles to make socks, mufflers and sweaters to help keep soldiers warm and to provide them with a handcrafted reminder of home.

The wars in Iraq and Afghanistan had created a surge of former service members whose numbers and needs were causing a significant strain on the resources of government programs. Since the Red Cross was well-known for having provided knitted items for active duty troops, veterans, and war refugees in decades past, the Veterans’ Administration turned to the organization for help in aiding this new generation of veterans in need. It is the objective of the Red Cross Service to Armed Forces (SAF) office to mobilize and organize individuals, groups, and clubs across the region in order to meet this need in the community.

How to Get Involved