ANCHORAGE, Alaska, November 9, 2017 — The American Red Cross of Alaska is proud to recognize the outstanding efforts of Anchorage volunteer David Williams, who received the Bob Hassmiller Excellence in Disaster Services Award in Washington, DC. on October 25 at the Leadership Awards Reception and Dinner at the American Red Cross National Headquarters.

This new national-level award has been established to recognize a volunteer who has made an impact on the American Red Cross, the community and the individuals the Red Cross serves in the areas of disaster preparedness, response, or recovery.

The Bob Hassmiller Excellence in Disaster Services Award is named in memory of and as a legacy to beloved Red Crosser, Bob Hassmiller. From home fires to hurricanes, Hassmiller touched the lives of countless people during his 37 years with the Red Cross. He volunteered during numerous disasters, September 11 Recovery, Florida Hurricanes in 2004, Hurricane Katrina and Superstorm Sandy. In addition to serving as a disaster responder, Hassmiller was also active in Red Cross Service to the Armed Forces and International Humanitarian Law programs and routinely donated blood to help patients in need.

Williams was nominated for the award by Red Cross of Alaska Regional Disaster Officer, Kelley McGuirk.

Williams has been volunteering with the Red Cross at the chapter, regional, and national levels for 18 years serving in roles including Disaster Action Team captain, Job Director, as part of the national Casework and Recovery team, as an advanced instructor in Disaster Cycle Services, as a Master Instructor in Volunteer Services, and as a Regional Disaster Officer (RDO) Volunteer Partner.

In his current role as RDO Volunteer Partner, David helps develop the strategic plan for the Disaster Cycle Services Program in Alaska, implements new systems and programs, and trains staff and volunteers.

As part of the national Casework and Recovery team, he deployed a division-wide management tool for a program that serves 65,000 families every year, working across a broad range of regions with thoughtfulness, compassion, and respect.

David has volunteered for more than 20 regional and national disaster relief operations and he is known for his invaluable guidance, creative problem-solving, unique sense of humor, calm approach during difficult situations, and for always putting the needs of clients first. 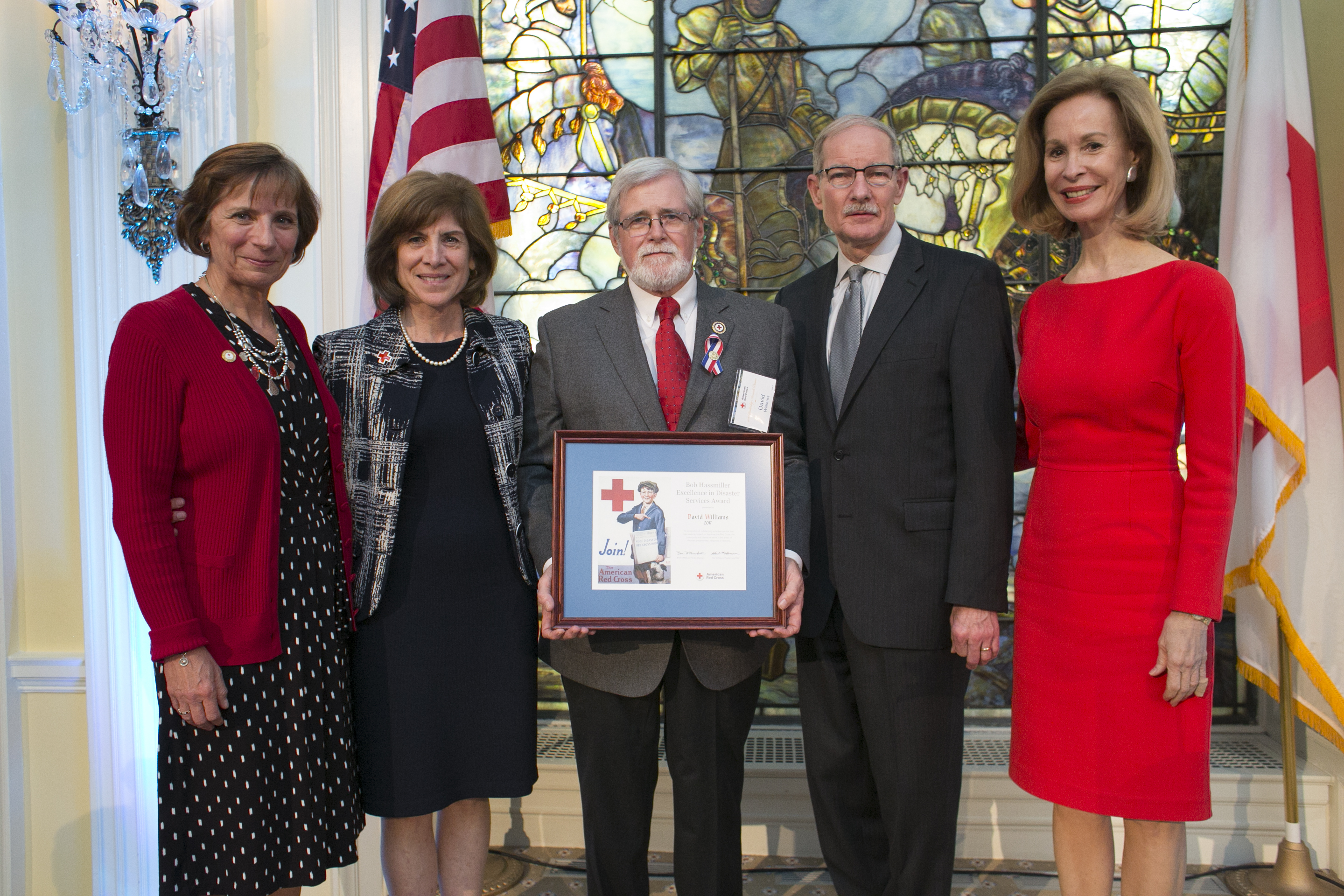 Additional images of Williams and McGuirk in attendance at the Washington, DC. Leadership Awards Reception and Dinner available here:

About the American Red Cross of Alaska:
In FY17, the American Red Cross of Alaska offered food, shelter, comfort and hope to 949 Alaskans. We responded to 305 disasters.  Our preparedness / Health and Safety teams installed 2,311 smoke alarms statewide and educated 1,884 youth through our Pillowcase Project. Additionally, our Service to the Armed Forces staff exchanged 957 emergency messages for U.S. military service personnel and their families. The Red Cross is a not-for-profit organization that depends on volunteers and the generosity of the American public to perform its mission. For more information, please visit redcross.org/Alaska or visit us on Twitter at @redcrossak.

Flu Vaccine and Blood Donation Both Help Save Lives
.type=article.p=1
View All
/content/redcross/en/local/alaska/about-us/news-and-events/news/American-Red-Cross-of-Alaska-Volunteer-Receives-National-Leadership-Award