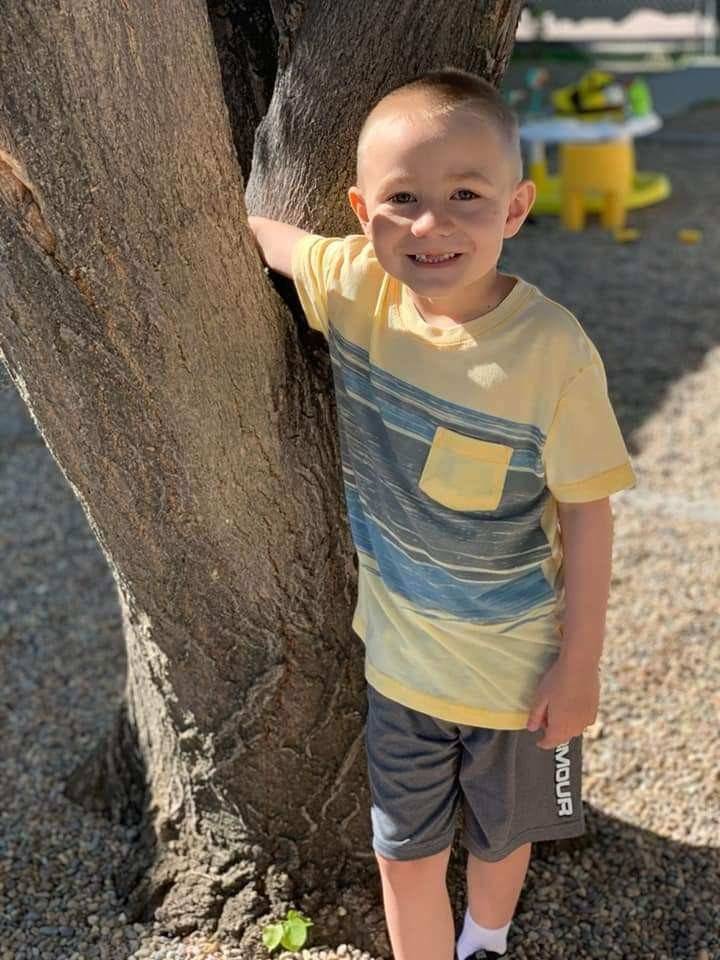 Jack Moser is on the mend after being seriously injured while on a camping trip with his family. He received at least 11 units of blood -- blood available thanks to the generosity of Red Cross blood donors.

Jack Moser was enjoying a camping trip with his family last July when disaster struck. As Jack and his older brother were riding their bikes around the campsite, a truck pulling a trailer passed. The boys moved off to the side of the road, but Jack lost his balance, falling under the trailer.

Seriously injured, the Chubbuck boy was airlifted to the medical center in Idaho Falls and eventually on to Primary Children’s Hospital in Salt Lake City. During that journey alone he received 11 units of blood and another 10 units since – blood available because of the generosity of Red Cross blood donors.

“Had we not had that there’s no way Jack would be here,” his mother Amber Peterson said. “I have a 6-year-old little boy who’s sitting here and happy and talking to his brother because of that. It might just seem like a unit of blood, but to someone who really needs it, it’s your life.”

After undergoing countless surgeries and other procedures, Jack is on the mend. He’s now back home in Chubbuck, reunited with his best friend, his big brother Max.

“Jack’s a resilient little guy,” Amber said. “He gives a lot of gifts to other kids in the hospital and that makes him feel really good. He’s just a good sweet kid.”

To find a Red Cross blood drive near you and help others like Jack, visit RedCrossBlood.org or call 800-RED-CROSS. A donation takes about an hour from start to finish and can help save up to three lives.