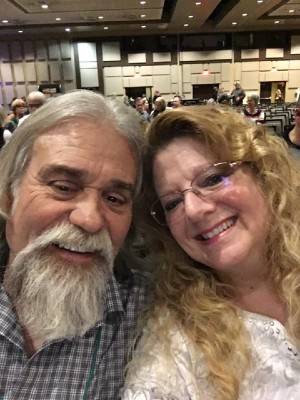 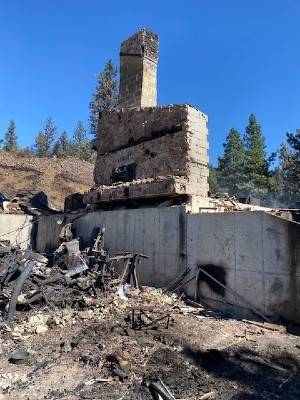 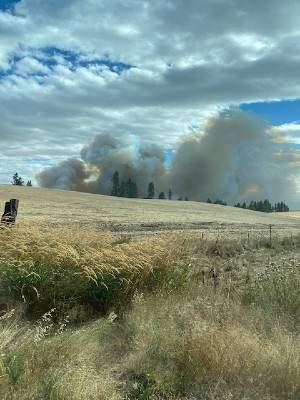 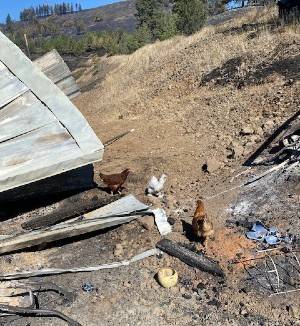 Red Cross volunteers helped the Correas capture their chickens so they could be taken to the neighbors. 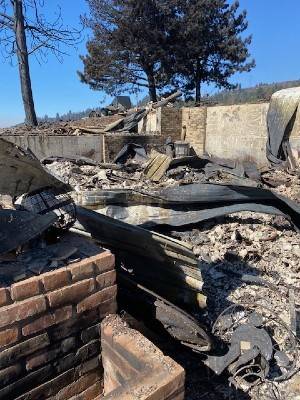 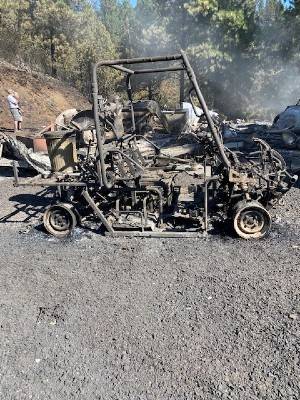 Sitting in her truck, Nancy Correa saw the smoke turn from gray to black and immediately realized the worst had happened.

Nancy and Mark Correa were one of more than 10 Lenore and Orofino-area families who lost their home earlier this month in the Sunnyside Complex wildfires that burned more than 4,600 acres in Clearwater and Nez Perce counties.

Less than an hour earlier, they had been sitting at their table enjoying lunch in their mountainside home when Mark spotted smoke not far from their neighbor’s house.

“He went out there and said ‘oh my gosh, this is not good,’” Nancy said.

They called the sheriff, grabbed a few things, hooked up their fifth-wheel and began to evacuate, the last time they would see their two-story log home with the panoramic view of the Clearwater River standing. A second home they were renting out just up the mountain from them also was destroyed.

“It’s just shocking,” Nancy said. “I had never been put in a position before literally being homeless.”

Still trying to grasp what had just happened, the Correas were directed to a hotel in Lewiston, where the Idaho Red Cross was providing free food and lodging to those forced to flee the fire. There they found a team of volunteers ready to help.

“They were all very compassionate, ready to listen to what you had to say, helping guide you in the right direction,” she said. “Even walking into to that lobby and have them say ‘do you need some water? Here’s a water bottle.’ For them to be there makes a huge difference.

“Just having a place to put your head.”

Three days after checking into the hotel, the Correas were allowed to return to what was once their home of five years to see what remained. Four Red Cross volunteers met them there.

The Correas’ chicken coop had burned, but 35 chickens were alive and well, now wandering loose and in need of a home. Half joking, Nancy told the Red Crossers they were going to round up the chickens and take them to the neighbors and asked if they wanted to help.

“My eyes got really big when they said yes,” she said.

Using nets, dog crates and a lot of teamwork, they had the chickens captured in about an hour.

“There were two chickens underneath some metal,” she said. “I’m not kidding, those guys got underneath that metal to get those chickens. They were on a mission.”

The Correas say they won’t be able to begin rebuilding until the spring and are still pondering their next move. While they are going through an incredibly difficult time, they say the outpouring of support they have received has been overwhelming.

“Of all the places to have this happen, Orofino is a wonderful place,” she said.

A local church reached out and provided them with everything from clothing and toilet paper to chicken noodle soup and crackers. One friend gave them a couple of quilts and another a toaster.

“Just things you wouldn’t even think about until you don’t have them,” she said.

And of course, they’re extremely grateful to the Red Cross volunteers who went above and beyond.

“I’ve heard about Red Cross before, but I never really knew exactly what Red Cross did,” she said. “I’m just so grateful that service is available. They provided food for us and a room and support and even rounded chickens up. Those guys were just awesome.”

Help the Idaho Red Cross respond to disasters big and small by making a financial gift today. A $605 gift provides financial assistance to a family impacted by a local disaster so they can purchase items such as food, lodging and clothing. A $1,000 donation provides food and shelter for a family of four for five days. An $8,000 gift covers the average cost of opening a shelter for one night. This service includes breakfast, lunch, dinner and snacks, a cot, two blankets and a comfort kit for 150 people.