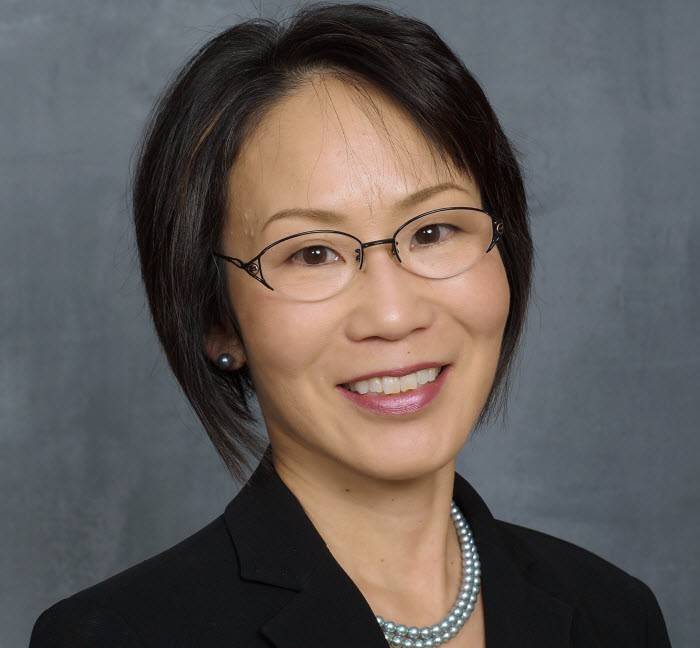 New Idaho Red Cross member Sayoko Kuwahara was surprised to learn her father, mother and grandfather were all active with the Red Cross in Japan. “I was completely taken aback because I had no idea,” she said. 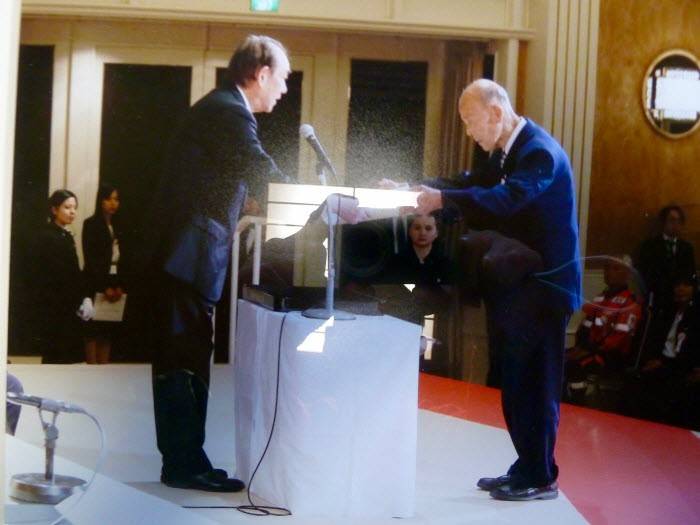 In November of 2018, the Japanese Red Cross Society recognized Sayoko Kuwahara's father, Takemichi, for 30 years of continuous service and contributions.

Sayoko Kuwahara's father, mother and grandfather have received numerous awards and recognition for their work with the Red Cross.

Late last year when Sayoko Kuwahara casually mentioned to her father she was considering joining the American Red Cross, she had no idea she was about to unearth a significant piece of her family’s history she knew nothing about.

Sayoko is relatively new to Boise -- having moved there during the summer of 2018 -- and was looking for a service organization to join. In December, she met Roy Eiguren, the chair of the Red Cross of Greater Idaho board of directors, who encouraged her to consider serving on the Red Cross board. A short while later, Sayoko called her father, Takemichi Kuwahara, in Osaka, Japan, and told him she was thinking of getting involved with the humanitarian organization.

From there the family story began to unfold.

“That’s when he said, ‘Hold on a sec, you need to learn more about the family’s involvement with the Red Cross,’” she said.

The 96-year-old brought out a stack of recognition certificates issued by the Japanese Red Cross Society and the City of Osaka and began to tell his daughter of her family’s long legacy with the organization – a history of more than 70 years of service involving her father, her mother and her grandfather.

“I was completely taken aback because I had no idea,” she said.

The owner and CEO of a construction company when he was younger, Takemichi served as a Red Cross team leader in the Osaka area. He helped with rescue and rebuilding after major typhoons and after the Great Hanshin earthquake struck Japan in 1995. He also served as an advocate for the Red Cross and made frequent financial contributions to the organization over the course of several decades.

“His support began right about the time I was born in 1962,” Sayoko said. “He made whatever contributions that were possible while he was building his business and raising four kids.

“Having experienced World War II and local natural disasters he found the fundamental principles of the Red Cross important to embrace.”

In November of 2018, the Japanese Red Cross Society recognized Sayoko’s father for 30 years of continuous service and contributions.

“But I am not the beginning,” he told Sayoko.

Before her father, Sayoko’s grandfather, Shigeomi, volunteered with Red Cross shortly after World War II, and though he was not a wealthy man, gave his time and talent whenever he could.

“Essentially he saw the atrocities of the war and wanted to do something, and he saw the Red Cross mission to be in line with his beliefs,” she said.

Sayoko was also surprised to learn that not only was her father active with the Red Cross but her mother, Takae, was involved as well, contributing for 10 years until she developed health problems.

“I had no idea both of them were doing it,” she said.

Shortly after Sayoko joined the Idaho Red Cross board this summer, her mother passed away. Sayoko said she feels fortunate that before her mother’s death she was able to tell her that she too would serve an organization that has played such a large part in her family’s story.

“To be able to tell both my mother and father that I was officially approved to be a board member before my mother’s passing -- I thank God for lining up all those parts,” she said. “I could not have planned it so perfectly.”

Sayoko, who guides medical device manufacturers through Japanese regulatory processes, said by his very nature her father is extremely humble, a big reason neither she nor her three siblings were aware of her family’s Red Cross legacy.

“I scolded him for not telling us something as good as this,” she laughed.

But now she’s also a Red Crosser and ready to continue the tradition.

“My father is very pleased, and I’m sure my mother is too,” she said. “I am so excited and feel nothing but honored to be on this board and be able to serve.