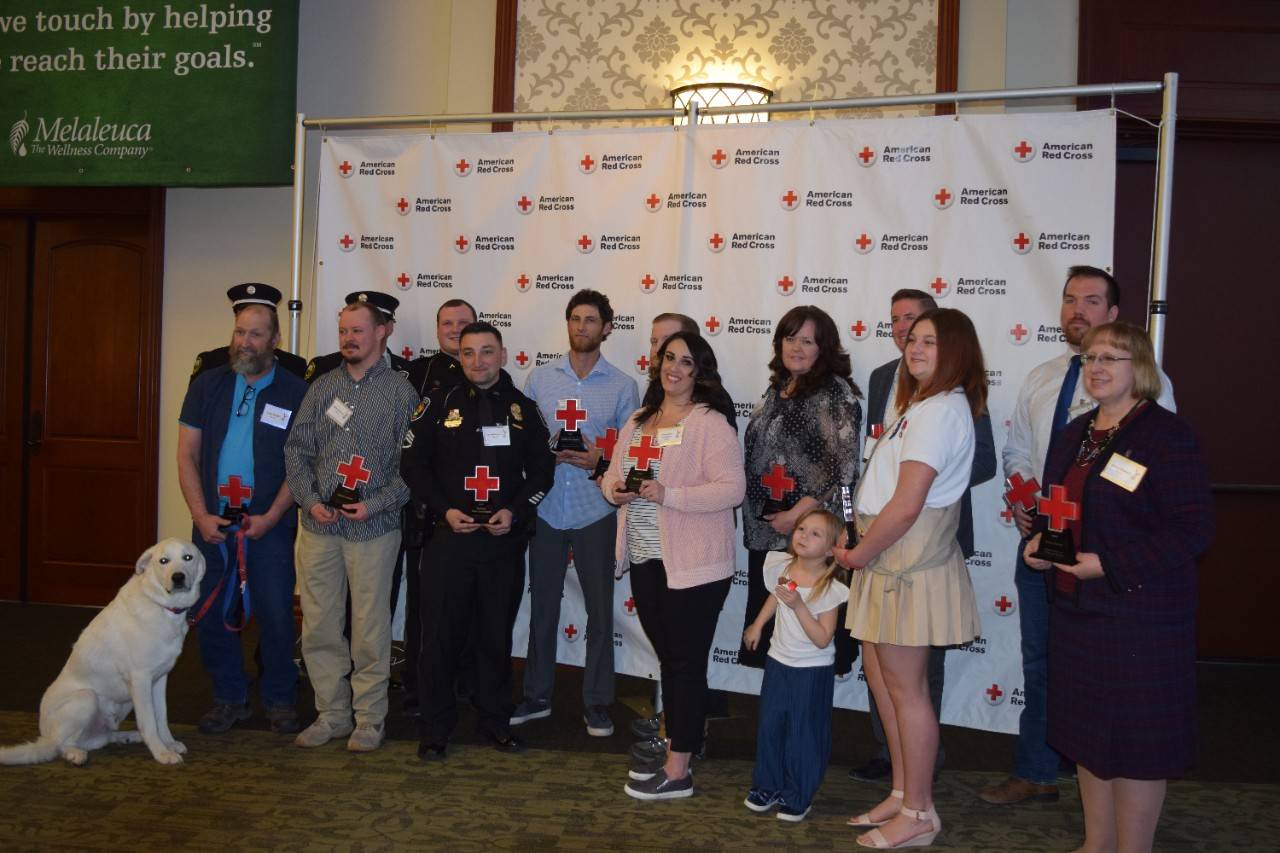 The Red Cross of Greater Idaho recently honored people from East Idaho and beyond who helped save the life of another.

The Red Cross of Greater Idaho recently honored heroes from across Eastern Idaho and beyond who acted calmly and courageously during an emergency and helped save the life of another.

At its sixth annual Real Heroes award luncheon at Melaleuca Headquarters, the Red Cross celebrated heroes hailing from Idaho Falls, Pocatello, St. Anthony and Twin Falls. Some were every-day citizens while others were men and women in uniform such as police officers and firefighters.

Dr. Nicholas Pearson and Enid Jacobson -- For rescuing and reviving an 18-month-old drowning at a Rexburg water park.

Jacob Thornquest – For rescuing a man whose kayak capsized near Shoshone Falls. He also helped pull the man’s dog to safety.

Pocatello Police Officer Tyler Anderson and dispatcher Diana Rich – For working together to save a 65-year-old man who was having a heart attack.

Dave Wright and Richard Jensen of Friends Furever Animal Rescue – For helping a Great Pyrenees off a steep cliff in rural Idaho.

Lauren Terry – For performing the Heimlich Maneuver on her 4-year-old niece who was choking on a piece of meat. Lauren is just 13.

Students, teachers and staff at the Alturas International Academy in Idaho Falls received the Spirit of the Red Cross award for organizing a school carnival to raise money for Hurricane Dorian relief. In November, they presented the Red Cross with a check worth $4,100.

The Red Cross event also included a tribute to the nine members of the Hansen family who died in a plane crash in South Dakota in November following a family hunting trip. Through the Kyäni Caring Hands foundation, the Hansen family has a long legacy of generosity in Southeast Idaho and across the globe.

“This was an incredible day as we celebrated the heroism of some amazing people but also as we remembered the lasting legacy of compassion and kindness of the Hansen family,” said Bryce Sitter, chief development officer for the Red Cross of Idaho and Montana. “We hope today will inspire others.”

All proceeds from the event will support the Red Cross Sound the Alarm program and Home Fire Campaign. Those programs aim to reduce death and serious injury in home fires through free smoke alarm installations and safety education.

To learn more about the Red Cross, become a volunteer or make an appointment to donate lifesaving blood, visit redcross.org/Idaho.