There’s no way we could ever thank Scott enough. He was our angel that day for sure

It had been a quiet day for Mike and Alexzandra Dunnington. The Lewistown family had been out late the night before celebrating Mike sister’s wedding and were trying to catch up on some much-needed rest. Their son Quinn was at his grandparents’ house playing with his cousin; Alexzandra had joined some friends at a restaurant for dinner; and Mike and Chloe were napping — Mike in a recliner in the living room and the 3-year-old in a rear bedroom of their mobile home.

That’s when disaster struck, disaster that could have turned out much worse had it not been for some booming fireworks, the quick actions of one of the Dunningtons’ neighbors and the support of the American Red Cross.

A few days before the Fourth of July, Scott Kirsch was hanging out at home when several huge fireworks began going off nearby. After a few more window-shaking blasts, Kirsch had had enough. He knew Mike Dunnington was a big fireworks fan and figured he was the one rattling the neighborhood. Kirsch decided to head on over to the Dunningtons’ and ask Mike to tone it down.

He knocked on the Dunningtons’ front door but no one answered. As he turned to leave, he discovered that the family’s Ford Expedition and car port were on fire. Kirsch figured no one was home but decided to make sure. He pounded on the front door again but still no reply. Finally, he broke through the front door and saw Mike asleep in the recliner. With the fire now spreading to the house, Kirsch woke Mike and Chloe and helped them escape unharmed with no time to spare.

“If it wasn’t for Scott I’m pretty sure Mikey and Chloe would have slept through the whole thing and probably wouldn’t be here today,” Alexzandra said.

“There’s no way we could ever thank Scott enough. He was our angel that day for sure.”

The Dunningtons’ home and everything in it were completely destroyed. But the Dunningtons also had someone else looking out for them – Montana Red Cross volunteer John Koch.

Koch gave the family comfort kits and financial assistance, connected them with other community resources like the Salvation Army and helped find them a place to stay. Just as importantly, he was a friendly face during a dark time.

“He was the first person to come and offer us anything,” Alexzandra said. “I couldn’t believe how fast (the Red Cross) was.

“You are turned upside down. We had absolutely nothing, and he made sure we were able to get things for the kids, things you don’t even think about because you’re so in the moment. It’s the next day and you realize ‘Oh yeah, I don’t even have anything for the kids to wear or anything for them to play with.’ He tried to do whatever he could to help.”

“It made you feel better,” Mike said.

Koch is one of more than 440 Montana Red Cross volunteers, many of whom respond to disasters big and small. Last year the retired Washington state trooper and firefighter worked three Montana wildfire operations – in the Jordan, Hays and Seeley Lake areas – and deployed to Saint Thomas in the Virgin Islands following hurricanes Irma and Maria. The most common calls, however, are house fires just like the one the Dunningtons experienced. Last year alone, the Montana Red Cross responded to 147 home fires.

“It’s just been a part of me to always do what I can to make somebody’s lousy day better,” Koch said. “If I can make your bad day even a little better that’s my payback.”

More than a year later, Koch still stops by Mike’s auto detailing shop to see how the family is doing, a kind gesture that doesn’t go unnoticed.

“We told them thanks but to help other people who needed it more instead of us,” Alexzandra said. “We didn’t have a basement and our stuff wasn’t getting ruined.

“We are very thankful for the Red Cross,” she said. “We’re very glad you guys are out there to support people when unfortunate things like this happen. You guys employ some great caring people.”

After staying nine months in a relative’s basement, the Dunningtons finally moved into their new home. Alexzandra said they didn’t have working smoke alarms in their old place but that’s not the case these days.

“You never think it’s going to happen to you,” she said. “Now we definitely have working smoke alarms. We always have batteries in those, and they’re ready to go.”

Mike and Alexzandra said despite everything that’s happened their kids, now ages 4 and 8, are doing remarkably well. Quinn sometimes says he wishes they had their old place back and both children mourn the loss of their dog who died in the fire, but there’s also good news to share. The Dunningtons have a brand new baby girl, Izzabella, born in July.

With a new home and new member of the family, the Dunningtons have lots to be thankful these days, just a year after their lives were turned completely upside down.

“You guys are great,” Mike said of the Red Cross. “You’ve always been down here to help us when we need it most.” 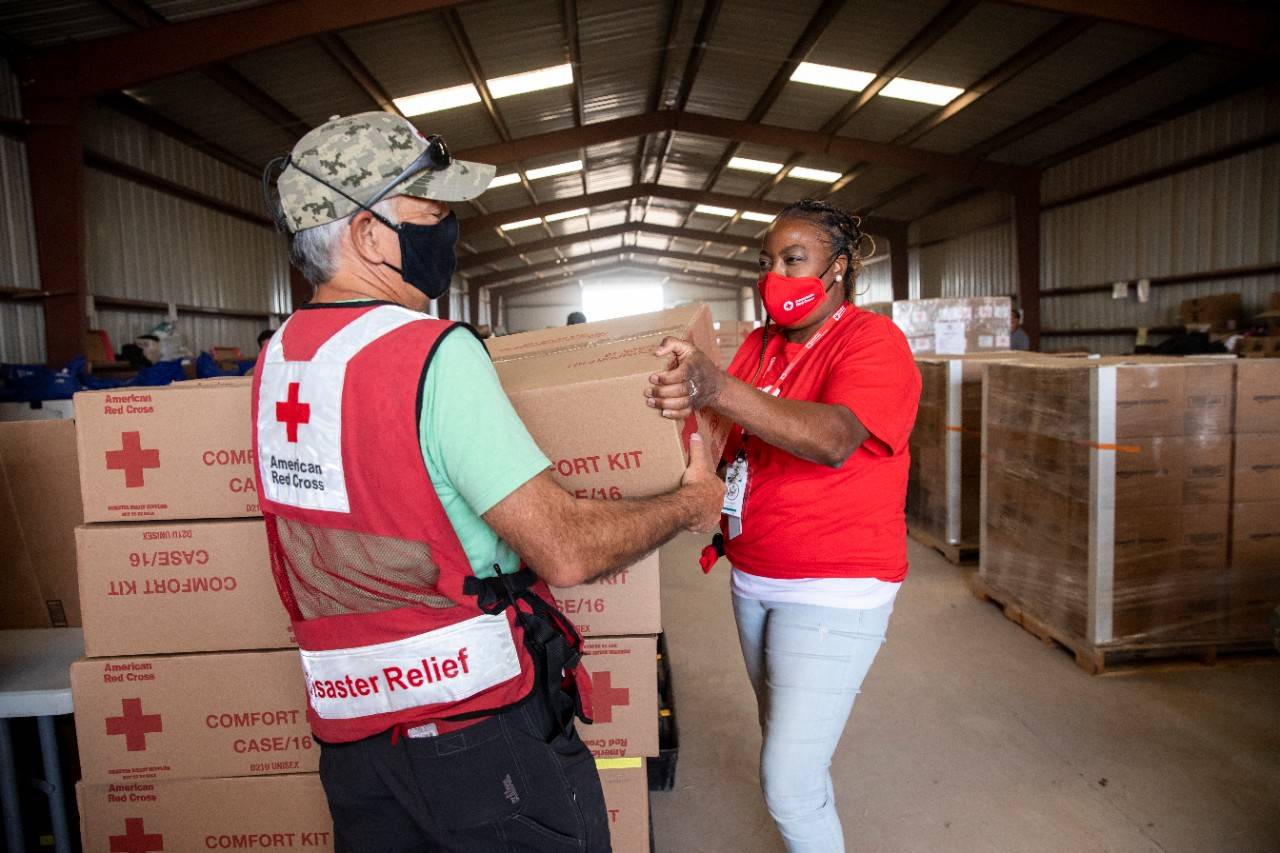