Red Cross volunteer feels the need to help others

Red Cross volunteer feels the need to help others 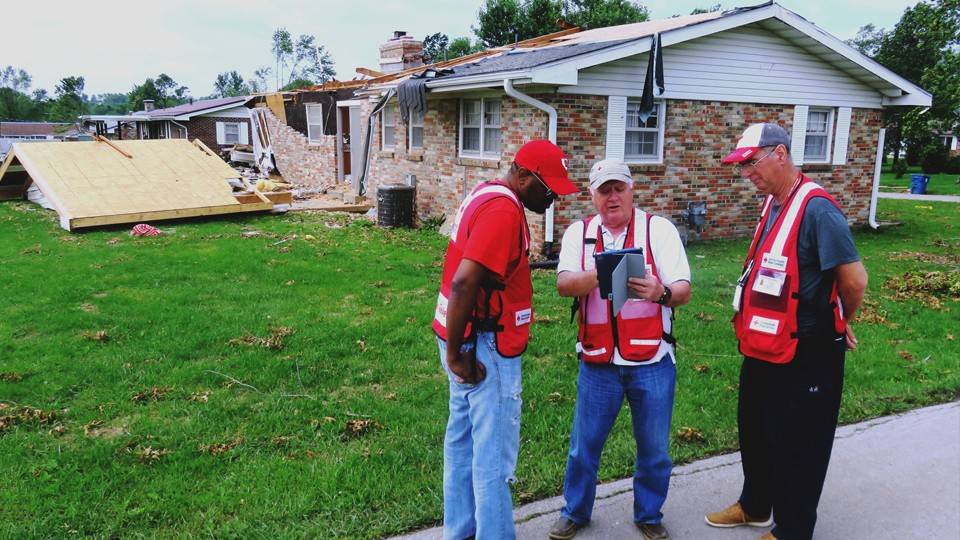 Kendale Carter was at home in Columbia, Missouri when he saw the news flash on television that a tornado had struck nearby Jefferson City, leaving massive destruction in its wake.

He knew from his days in the Army about the importance of helping others in time of need. Now the business owner saw there was a need and he was ready to help. He checked out what he could do and in short order became an Event Based Volunteer with the Red Cross, someone who steps up during a disaster to help.

“I felt like I needed to give back. I have a lot of friends in Jefferson City and if it had happened up in Columbia, they would be there to help me,” Kendale said before heading out with a Red Cross Disaster Assessment (DA) team to check on the damage in nearby Eldon.

“I just couldn’t sit there and do nothing. Really, it’s about neighbor helping neighbor,” said Kendale, who grew up in Pine Bluff, Arkansas and still has family there.

In many ways, DA drives the Red Cross response and recovery because the DA results of damaged and destroyed homes helps determine what types of resources are needed and where they need to go.

Kendale joined two experienced DA volunteers to learn to tell whether a house struck by a tornado was considered destroyed, had minor damage, major damage or something in between. It didn’t take him long to learn about the new RC Collect tool used to record data on a smart phone so Red Cross workers can determine quickly the extent of damage to a home and the type of assistance a person needs.

“I’m loving DA, I really am,” Kendale said. “When I see the destruction of a storm, I’m glad that I’m here and can help in some small way.”

Standing near a house with its roof in the front yard, Kendale said, “This is a humanitarian mission. I see people hurting. This is for me. I’m able to make their life a little bit better and that makes me feel good, like I’m doing something to help them.”

Kendale said that helping people in need appealed to him so much that he has decided to become a fulltime Red Cross volunteer.

“I needed to see for myself what the Red Cross does and now that I have seen it, I want to be part of it,” he said. “The fulfillment is like nothing else.”

When asked why he decided to step up, Kendale reflected for several seconds before finally responding, “I’ve been blessed in my life, in my business and I really feel the responsibility to give back.” 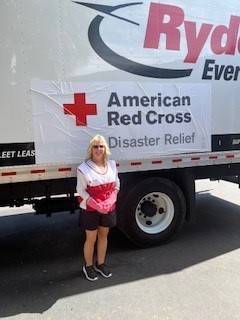