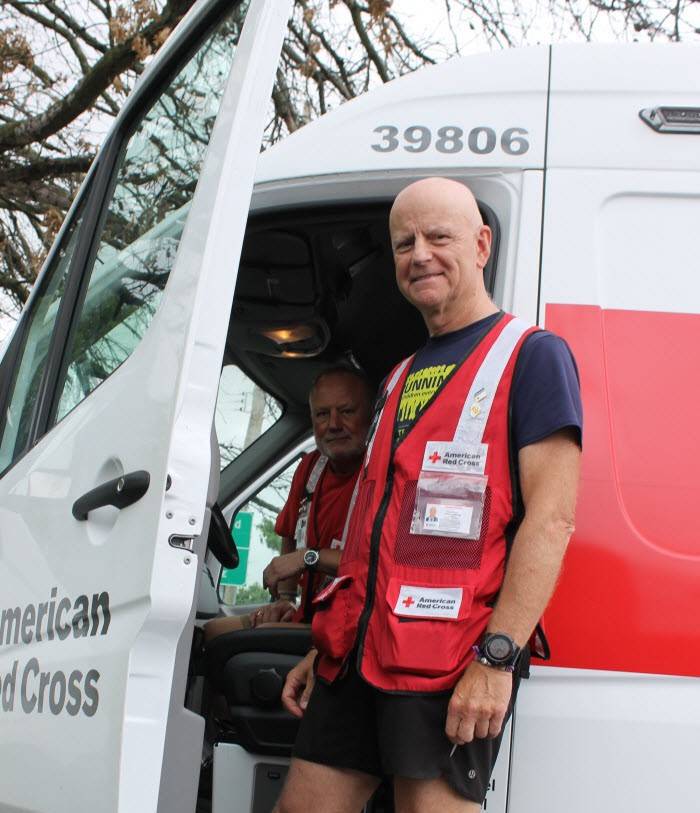 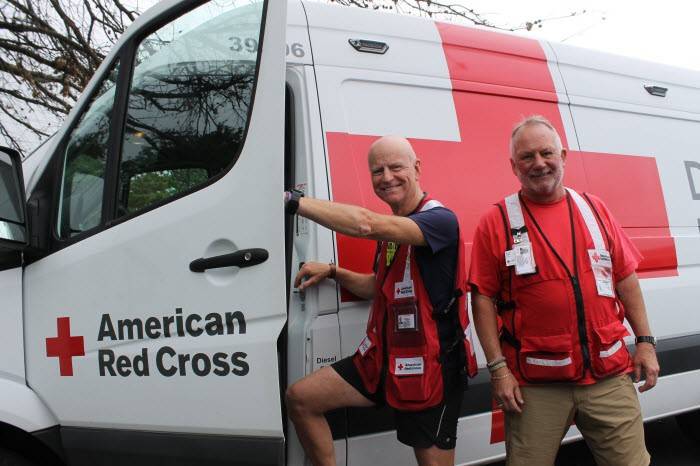 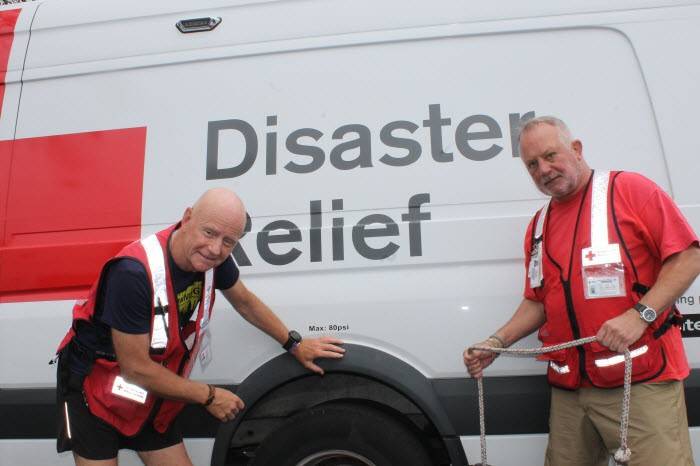 He has directed sales organizations for the French, German, Swiss and American divisions of multi-nationals ranging from the famous Italian pasta-maker Barilla to a German company manufacturing ultra-light vacuum cleaners to a 100-year-old Italian maker of iconic furniture and seating for yachts, airplanes and helicopters.

So what is this sophisticated business leader doing driving an emergency response vehicle to Cape Girardeau, Missouri?

A year ago, Federico Materazzi joined the volunteer force of the American Red Cross in Milwaukee, Wisconsin. He signed up to become a member of the Disaster Action Team (DAT) when he retired and moved from Manhattan to Milwaukee.

“I left New York City when I retired because I married a lady from Milwaukee,” Federico said.  “I am from Pisa--a town of 80,000, so I have lived in smaller cities.”

In retirement, he can indulge his passion for reading histories of the crusades, hiking, skiing and especially for golf. Federico likes Milwaukee but admits he does suffer a bit from the harsh Wisconsin winters.

Immediately after retiring, Federico searched for opportunities to volunteer in Africa and Latin America—where he had traveled extensively.  The Carmélite Missions in Bangui Central Africa enlisted him to analyze the organization for the effectiveness and efficiency of their five missions in the war-torn Central African Republic. Civilians are caught in the middle of the warring forces, and sometimes targeted, despite UN peacekeepers’ presence.

“I delivered a full report on how they could operate more efficiently, realizing that, with their commitment to helping everyone, it was unlikely they would aggressively implement my suggestions.”  Federico said.  “So, I looked for other opportunities in Wisconsin.”

In early 2019, after DAT training, Federico immediately began responding to fires in Milwaukee and even to a flood in the Fond du Lac, Wisconsin—an hour drive north of Milwaukee.

Then this spring, Federico signed up for additional training so that he could be deployed to emergencies across the nation. He completed training required to drive Emergency Response Vehicles (ERVs). His first out-of-state Red Cross deployment was to St. Louis, Missouri, where he joined forces with a 30-year veteran of multiple wars—a retired Marine named Bryan Ward.

Across Missouri and adjoining Illinois counties, the Red Cross has opened several shelters, mobilized more than 600 disaster workers, including volunteers and staff, and provided more than nearly 26,000 meals and snacks to victims both of flooding and tornadoes.

A man with significant experience in managing and motivating teams, Federico has been impressed by the Red Cross response.

“I joined the Red Cross because of its reputation as an excellent organization. My experiences in Missouri and Wisconsin have confirmed that,” he said.  “The thing that has impressed me most is the number of very experienced, talented people I have met.  Volunteers are here to make a difference and there’s a great sense of commitment and camaraderie. It has been an ideal combination of being fulfilled by helping people in need and working in an interesting environment with great people.”

What has surprised him about this experience?  “The generosity of people in the community who are interested in donating to help others surprised me. I think it is part of the pioneering spirit of Americans—a sense of commitment to community. A genuine desire to help their neighbors seems to be deeply engrained in the American culture.”

Federico has even enjoyed the challenges of driving an ERV with Bryan—whom he respects as a veteran of many military deployments.

“I don’t miss being in charge,” he said.  “I take orders and don’t have to run things.”