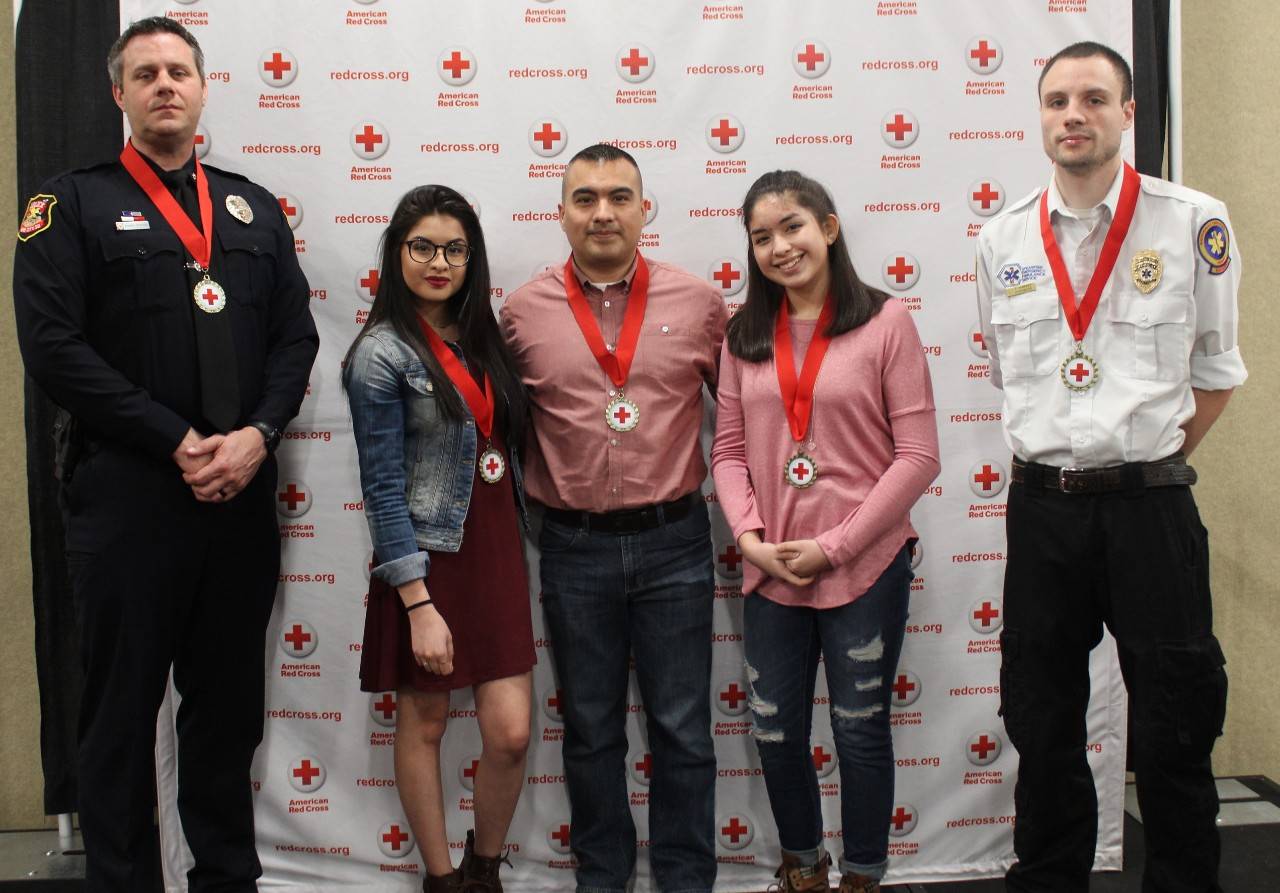 It’s everyday heroes in our community that make South Dakota such a great place to live.

The American Red Cross in central and western South Dakota recognized members of the community who have gone above and beyond when emergencies strike. The fourth annual Heroes Breakfast honored local heroes in categories of Law Enforcement, First Responder, and Military.

Our event focused on people in our community that make it a great place to live,” said Executive Director Richard Smith. “We honored people that had saved lives, people who have volunteered and gone above and beyond, and it's just what makes South Dakota such a great place to live.

Approximately 100 people attended the Heroes Breakfast, which was held at the Ramkota Hotel in Rapid City, SD. Five heroes were honored at this year’s event.

Rapid City Police Officer Barry Young was dispatched to a call about a man choking at a local restaurant. Upon arrival, he discovered a 74-year-old man who had collapsed on the floor. The man's face had turned blue and he was clearly in great distress. Officer Young's quick action and training allowed him to administer abdominal thrusts, which partially cleared the obstruction. Officer Young maintained the man's airway until EMS arrived on the scene. His quick action saved a life. Watch Barry Young’s story here.

Paramedic Thomas Harvey, Jr. is known for remaining calm and professional even during the most difficult emergency responses. This trait was especially evident when Thomas and his partner were transporting a woman in pre-term labor to the hospital. When the situation escalated, Thomas was able to help deliver the baby in the ambulance. He noticed the newborn had potentially life-threatening issues and administered CPR. Thomas demonstrated exceptional professionalism and care for the young mother and her child. The family attended the Heroes Breakfast as Thomas received his award and was reunited with the child he saved. Watch Thomas Harvey’s story here.

MSgt Tavio Soto and his daughters, Naphtali and Ariadne, are a wonderful example of the powerful impact military members and their families have on our community. MSgt Soto has made a conscious effort to involve his family in volunteerism through the Red Cross, which recently involved assisting with installing 101 smoke alarms in the Box Elder Community and delivering emergency food to residents of the Cheyenne River Reservation. Their desire to serve people in need in our community is truly inspirational. Watch the Soto’s story here.

The Red Cross depends on local heroes to fulfill its mission. The individuals mentioned above are just a few of the extraordinary people in our community. We also send a huge thanks to our volunteers, donors and community supporters.

If you would like to become a Red Cross volunteer, contact the local chapter at (605) 342-4010 or go to redcross.org/southdakota.

Get Ready for Another Busy Hurricane Season; Become a Volunteer
.type=article.p=1
View All
/content/redcross/en/local/mn-nd-sd/about-us/news-and-events/news/Annual-Heroes-Breakfast-Honors-Extraordinary-Community-Members