The American Red Cross Central & Southern Ohio Region serves nearly six million people in 47 counties in Ohio, Northern Kentucky, and Southeast Indiana from Darke to Guernsey counties, to Richland and Adams counties.  Our region includes the major cities of Cincinnati, Columbus, and Dayton.  We shelter, feed, provide health and mental health services and emotional support to victims of disaster. We provide disaster preparedness training and information for children and adults. We supply about 40 percent of the nation’s blood supply, teach lifesaving skills, and support our veterans, military members and their families. Approximately 90 percent of our workforce is volunteers. 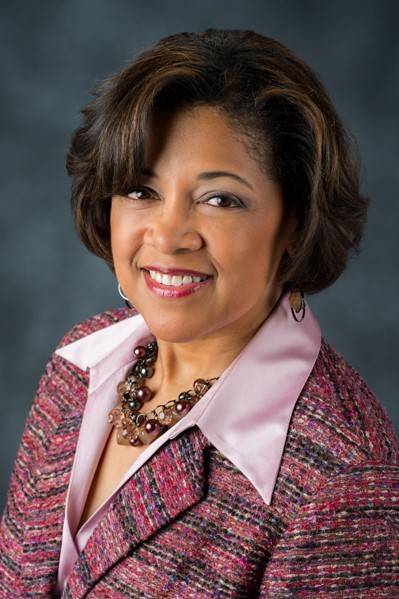 Stephanie Byrd is the Executive in charge of the Central & Southern Ohio Region of the American Red Cross. She is responsible for leading the staff, volunteers and operations of the Red Cross in the Region’s 47 county area.

Prior to joining the Red Cross in May of 2018, Stephanie spent 14 years at the United Way of Greater Cincinnati (UWGC), most recently as Senior Vice President for Early Learning        Strategies. While at UWGC, Byrd implemented the Success By 6 kindergarten readiness strategic initiative in the 10-county region. She was responsible for partner relationships in more than 30 school districts and aligned early childhood partners with UWGC goals, resulting in more than a 20-percentage point increase in kindergarten readiness in Cincinnati Public Schools (CPS). Her advocacy efforts increased public and private investments in quality early childhood education and led to the $10 million Winning Beginnings Campaign to expand effective and innovative early learning strategies.

In her role as Founding Executive Director, Cincinnati Preschool Promise, Byrd planned and implemented the start-up of this $15 million, tax levy-funded preschool initiative. She spearheaded the 3-year strategy to pass the ballot issue to fund the program in November 2016.  In the first year of operation, Byrd negotiated the master agreement between the new entity and Cincinnati Public Schools, established the new entity's Board of Managers and developed initial operations. Byrd stood-up the organization by hiring the initial staff, establishing the enrollment and payment systems and overseeing back office functions provided by United Way. The program created a network of 80 preschool providers and enrolled 1100 children in the first year of  operation.

A native of Indianapolis, Indiana, Stephanie Wright Byrd has lived in Cincinnati since graduating from Miami University where she earned a Bachelor’s degree in public administration. She holds a Master’s in Health and Hospital Administration from Xavier University in Cincinnati. Among her numerous awards, Byrd has been recognized by Mayor John Cranley as Cincinnatian of the Year, 4C for Children as a Champion for Children and by the YWCA as Career Woman of Achievement. She was appointed by Governor John Kasich and Governor Ted Strickland to the Ohio Early Childhood Advisory Council. Byrd has served on several community Boards including the YWCA of Greater Cincinnati, Teach for America and the Pete Nadherny Scholarship Trust. She is a Leadership Cincinnati alumna, is a member of the Cincinnati Chapter of The Links, Incorporated and Delta Sigma Theta Sorority, Inc.