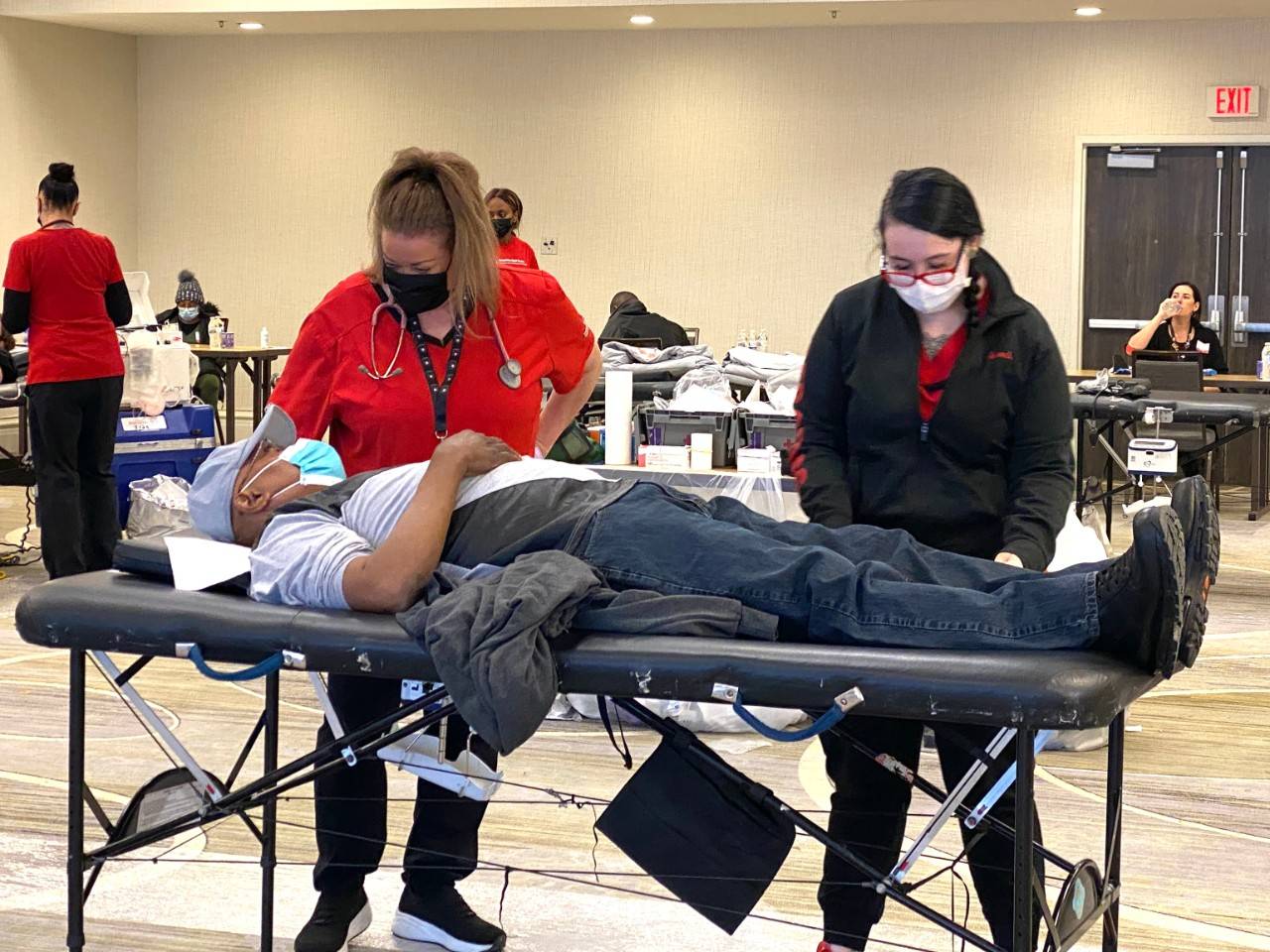 For the second year, 6abc partnered with the American Red Cross to hold a blood drive during Red Cross Month. Over 150 people came out to donate at the drive, which was held on March 30 at Courtyard by Marriott in the Wynnefield section of Philadelphia. The drive collected 142 units of blood – nearly double the units collected in 2020.

“This is our second year of doing the blood drive, and last year was actually my first time [donating blood],” said Bernie Prezenika, 6abc general manager, who made his second donation on March 30. “We’re part of our community and we’ve taken great pride in supporting our community. There’s a need for blood that exists all the time, and right now it’s even more.”

“There’s no substitute for blood donations; we rely on the donations of individuals who roll up their sleeves and help save a life,” said Triano.

Reporter Beccha Hendrickson reported live throughout the drive and spoke with many of those donors who generously rolled up their sleeves. She also produced several pieces leading up to the drive to build awareness about the need for donations.

For one of her stories, she spoke with Stacey Morris, a Montgomery County resident who has received around 20 blood and platelet transfusions after being diagnosed with acquired aplastic anemia in 2019.

Speaking directly to blood donors, Morris said, “Don’t be afraid to [donate]. Even if you’re scared, you have no idea how much it helps. I was so touched by the number of people who stepped up. I’m so thankful to everyone who helped me on this journey, especially the Red Cross.”

Hendrickson also spoke to Crescent Foundation COO Tahirah Austin-Muhammad, who regularly receives blood transfusions to treat sickle cell disease – an inherited blood disorder that primarily impacts communities of color. Patients who receive many transfusions over a lifetime, like those with sickle cell disease, need blood that is more closely matched to avoid a life-threatening reaction. The more donations collected from a diverse pool of donors, the more likely a match can be found.

In addition to the recipient stories, Hendrickson covered a blood drive at Chester County Hospital on March 15 to help promote appointment registrations for the 6abc drive.

Check out our full photo album from the 6abc drive on Flickr.

Giving Tuesday: Give Something that Means Something for People in Need
.type=article.p=1
View All
/content/redcross/en/local/pennsylvania/southeastern-pennsylvania/about-us/news-and-events/news/6abc-blood-drive