Norristown homes made safer on MLK Day of Service 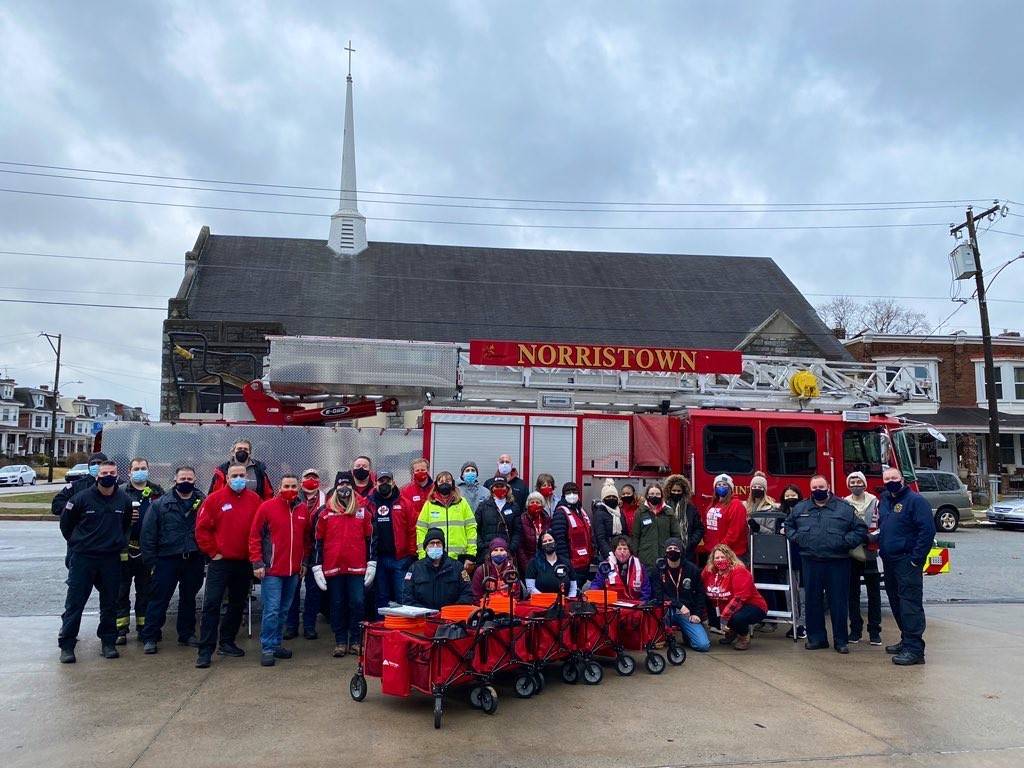 “It’s important for us to be back out here in the Norristown community making homes safer, especially after last year’s event was cancelled due to the pandemic,” said Guy Triano, CEO, Red Cross Southeastern Pennsylvania, at the start of the event. “And doing this work on MLK Day to honor the legacy of Dr. Martin Luther King Jr. makes it all the more meaningful.”

This is the fourth time the two organizations observed MLK Day together, although “smoke alarm blitzes,” as the fire department calls them, go back to at least 2014.

“Smoke detectors are the first line of defense should a fire occur. They are awake 24/7,” said Norristown Fire Deputy Chief Richard Lockhart. “It’s important to us to get them inside every Norristown residence.”

In addition to the Red Cross, the fire department performs smoke alarm installs five or six times a year with other organizations like the Norristown teacher’s union, football and baseball teams, and Pennsylvania American Water, to name a few.

On Monday, members of the fire department paired up with Red Cross volunteers and staff, working in five teams to canvas every home between the 800 and 1300 blocks of DeKalb Street. Since they had the day off, four high school students – including Southeastern Pennsylvania Red Cross Club youth members Liena Goddard and Amy Jung – joined the effort.

“I really enjoyed reaching out to the community and helping out,” shared Liena, a junior at Hatboro-Horsham High School. “It’s why I joined the Red Cross.”

Besides attending virtual meetings, the smoke alarm install was the first Red Cross event in which Liena and Amy participated. “But we’ll be doing more,” both girls assured.

The install came at a busy time for the Red Cross. As the temperature drops, home fire incidents increase. In fact, between Jan. 14-17, Red Cross responded more than 10 home fire and a water main break, all of which damaged homes.

“Every second counts when there’s a home fire. Escaping in less than two minutes can be the difference between survival and tragedy," said Triano. "Having working smoke alarms and practicing your fire escape plan with your entire family at least twice per year can cut the risk of dying in a home fire by half.”

Since its launch in 2014, the American Red Cross’s Home Fire Campaign has led to the installation of over 2 million smoke alarms and helped make close to 950,000 homes safer. Visit the Home Fire Safety section of our website to learn more.