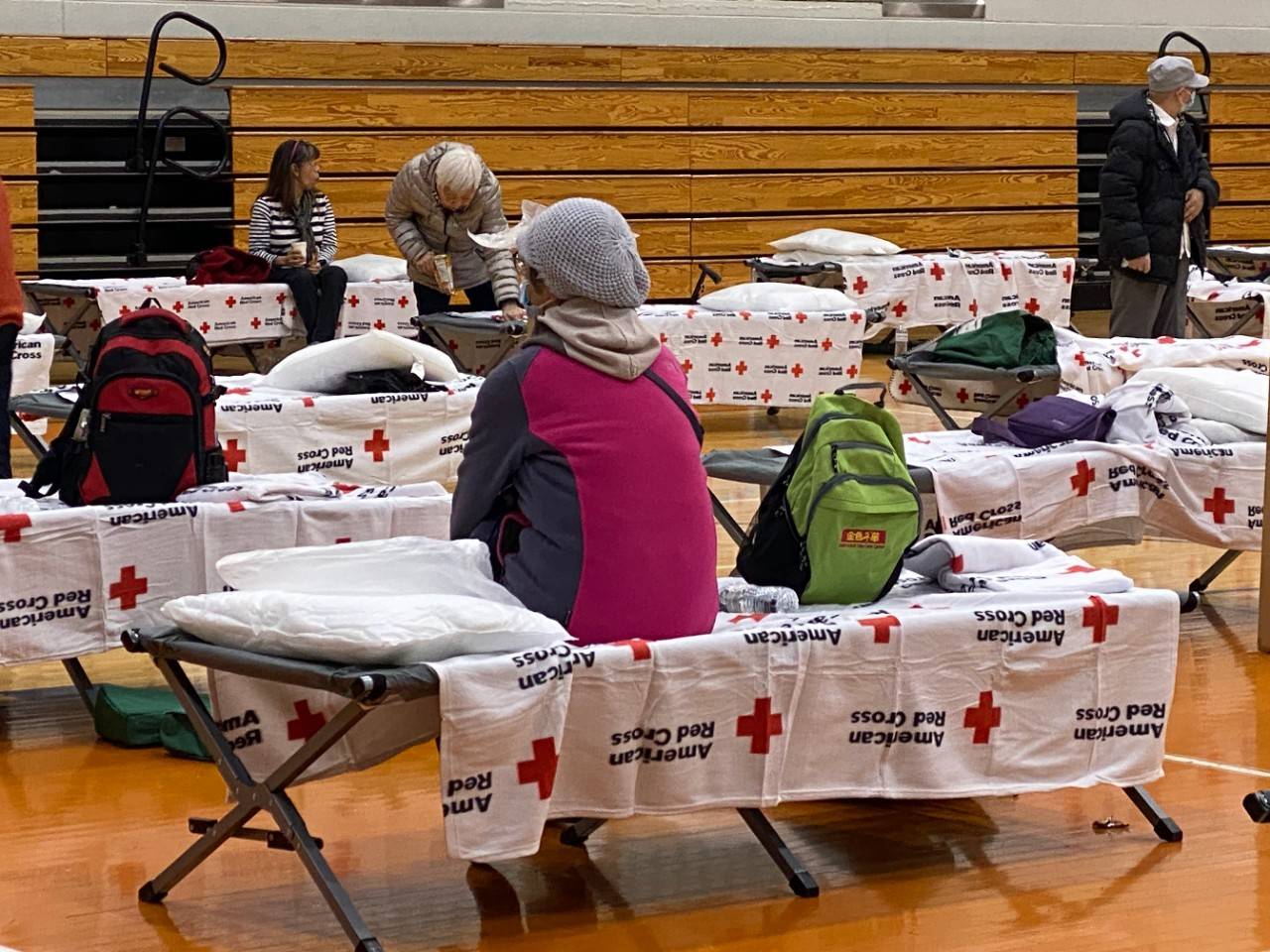 The American Red Cross and Philadelphia Office of Emergency Management (OEM) opened a large shelter at West Philadelphia High School late Friday evening for residents impacted by a fire in the basement of a 300-unit residential building in Center City. While there was no smoke or fire damage to the individual apartment units, residents were required to evacuate because all building utilities were turned off.

SEPTA bussed the residents from the initial evacuation site at the Mutter Museum, which was across the street from the impacted building, to the Red Cross shelter in shifts. By 2 a.m., approximately 175 residents were registered at the West Philadelphia shelter., with cots set up in both of the school’s gyms and in the cafeteria. More than 30 Red Cross volunteers worked in two shifts to staff the shelter until 10:30 a.m. Saturday, when residents were able to reoccupy the building. Because the majority of the residents were elderly and spoke only Mandarin, Disaster Health Services and translation volunteers played a critical role.

Red Cross Regional Disaster Officer Erin Stephens notes that the sheltering event was a truly a collaborative effort between the Red Cross, OEM and community partners. Philadelphia Fire Department personnel set up approximately 180 Red Cross cots and provided overnight shelter support along with the Philadelphia Police Department. The Salvation Army provided pizza Friday evening, breakfast Saturday morning and helped distribute snacks to the residents as they left the shelter. SEPTA bussed residents to and from the shelter. The Red Cross provided approximately 180 cots, 350 blankets and pillows, 150 comfort kits and 1,500 snacks and bottles of water. In addition, several volunteers from our friends from Red Cross’ New Jersey Region stepped up to help.

“I am very proud of the teamwork that was happening, and I think everyone was very moved by our mission in this short, but very large, operation,” shared Stephens.

“Much like the recent pivots we’ve had to make from the Bucks flooding in July to a tornado touchdown, and then from the Afghan evacuee activity at the airport to the Hurricane Ida operation, our team went from one significant response straight into another one,” she said.

Give Thanks, Give Life with the Red Cross this Holiday
.type=article.p=1
View All
/content/redcross/en/local/pennsylvania/southeastern-pennsylvania/about-us/news-and-events/news/nov-5-shelter