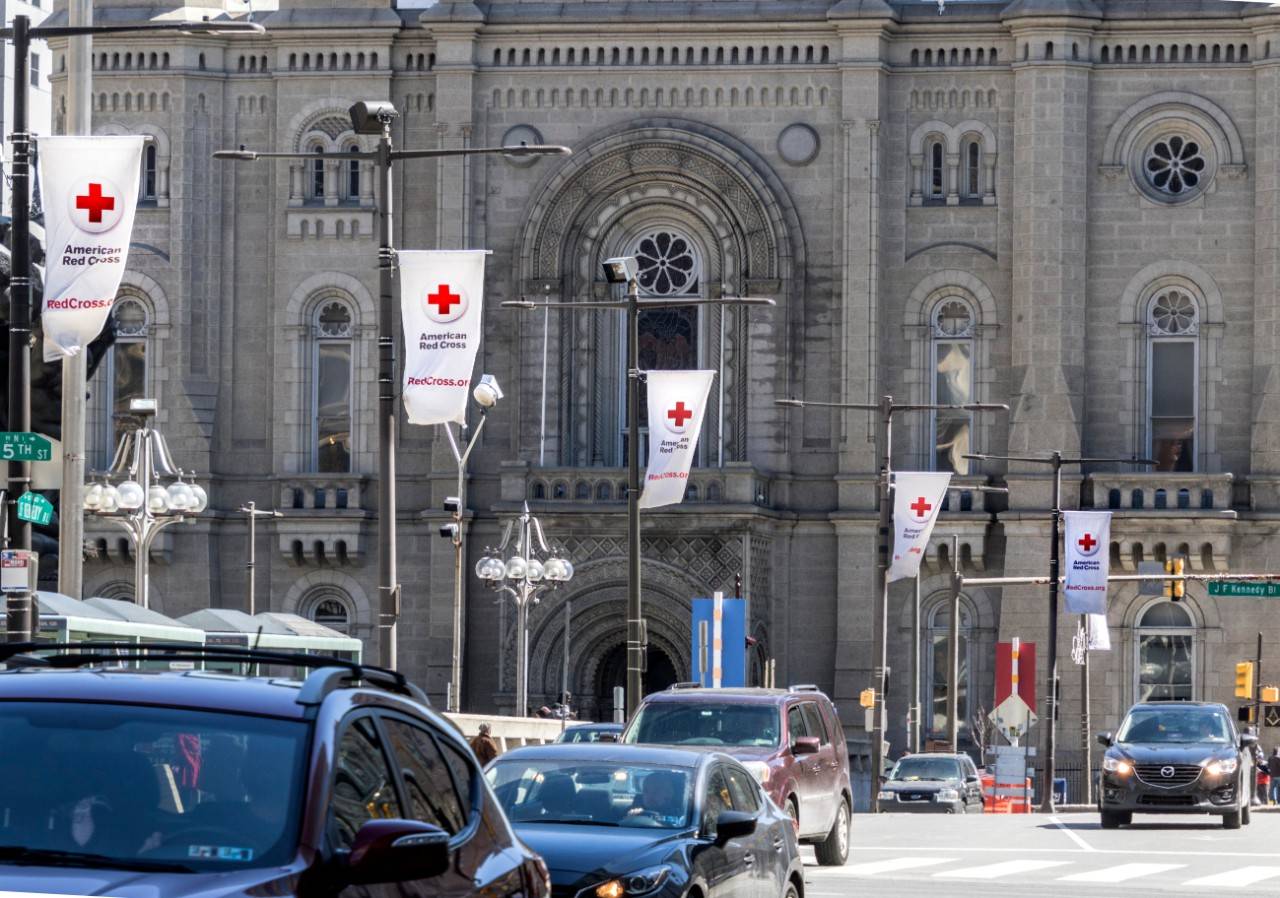 MARCH 1, 2019—March is Red Cross Month, and the American Red Cross asks people to be a hero for families across Eastern PA by becoming a volunteer, learning lifesaving skills, giving blood, or donating to help families who face emergencies.

Wawa and The Wawa Foundation have announced a National Partnership Campaign Kick-Off to bring awareness to March as Red Cross Month. Wawa customers will also have the ability to support the Red Cross during March. All Wawa stores are hosting an in-store coin collection campaign through Sunday, April 14.

“During Red Cross Month, we are proud to recognize our volunteers who provide hope and urgent relief to families in need every day,” said Guy Triano, CEO for the American Red Cross Eastern Pennsylvania Region. “These heroes are our neighbors who give blood, save lives with skills like first aid and CPR, or provide care and comfort to families devastated by crises like home fires. We honor our volunteers and ask you to join them and make a difference.”

More than 75 years ago, March was first proclaimed Red Cross Month in 1943 by President Franklin D. Roosevelt to raise awareness of the organization and its humanitarian mission. All U.S. presidents since Roosevelt have designated March as Red Cross Month to recognize how the American Red Cross helps people across the country and around the world through its workforce powered by more than 90 percent volunteers.

To celebrate Red Cross Month, you’ll see the Red Cross logo in many familiar spots. Red Cross flags are flying all around Philadelphia City Hall. The Ben Franklin Bridge will be lit in red on March 3-4-5 as well as March 29-30-31. The final weekend of March coincides with Red Ball, a fundraiser for Philadelphia’s Red Cross House. For more information, visit redcross.org/redballphilly.

In addition, SEPTA buses will feature the American Red Cross courtesy of the Lundy Law Foundation. The two organizations have teamed up to spread awareness around the importance of smoke alarms.

EVERY DAY, VOLUNTEERS HELP Every eight minutes in the U.S., the Red Cross connects with a family who has lost everything to a home fire or other disaster—the roof over their heads, their clothes, their most cherished possessions. This past year was no exception—and the need continues today.

HOW YOU CAN #HELP1FAMILY Learn more about how you can help by visiting redcross.org/easternpa.

·         Become a volunteer: Help families affected by disasters and install lifesaving smoke alarms to keep neighbors safe from home fires. In some areas, you can also provide emergency assistance for military members and veterans, or help reconnect families separated by international conflict.

·         Give blood: Make an appointment to donate lifesaving blood or platelets. Presenting donors will receive a coupon for a FREE 16 oz. Wawa hot beverage throughout the month of March. Coupons are available while supplies last and cannot to redeemed for cash. The offer applies to the following regions: Delaware – Kent and New Castle; New Jersey – Atlantic, Burlington, Camden, Cape May, Cumberland, Gloucester, Mercer and Salem; and Pennsylvania – Berks, Bucks, Chester, Delaware, Lehigh, Northampton and Philadelphia.

·         Learn lifesaving skills: Register for a class to learn first aid, CPR and other skills.

·         Make a financial donation: Wawa stores across Eastern PA will be collecting donations for the Red Cross throughout the month. And on March 27—American Red Cross Giving Day—donate at redcross.org/givingday, uniting with thousands of people like you to help families during the first devastating hours of a disaster. Your gift can provide hope and urgent relief, like food, shelter and other essentials, for families who need it most.

About Wawa, Inc.:
Wawa, Inc., a privately held company, began in 1803 as an iron foundry in New Jersey. Toward the end of the 19th Century, owner George Wood took an interest in dairy farming and the family began a small processing plant in Wawa, PA in 1902. The milk business was a huge success, due to its quality, cleanliness and “certified” process. As home delivery of milk declined in the early 1960’s, Grahame Wood, George’s grandson, opened the first Wawa Food Market in 1964 as an outlet for its dairy products. Today, Wawa is your all day, every day stop for freshly prepared foods, beverages, coffee, fuel services, and surcharge-free ATMs. A chain of more than 800 convenience retail stores (over 600 offering gasoline), Wawa stores are located in Pennsylvania, New Jersey, Delaware, Maryland, Virginia and Florida. The stores offer a large fresh food service selection, including Wawa brands such as custom prepared hoagies, freshly-brewed coffee, hot breakfast sandwiches, specialty beverages, and an assortment of soups, sides and snacks. In 2016 and 2017 Wawa was recognized by Forbes Magazine as one of America’s Best Large Employers, a survey-based ranking of employers offering the best associate experiences and strongest opportunities. In 2017 Wawa was the recipient of a Silver Plate Award in the category of Retail & Specialty Foodservice by the International Foodservice Manufacturers’ Association during their 63rd Annual Award Event. Wawa was also designated as a 2017 Best Place to Work for LGBT Equality by the Human Rights Campaign Foundation.