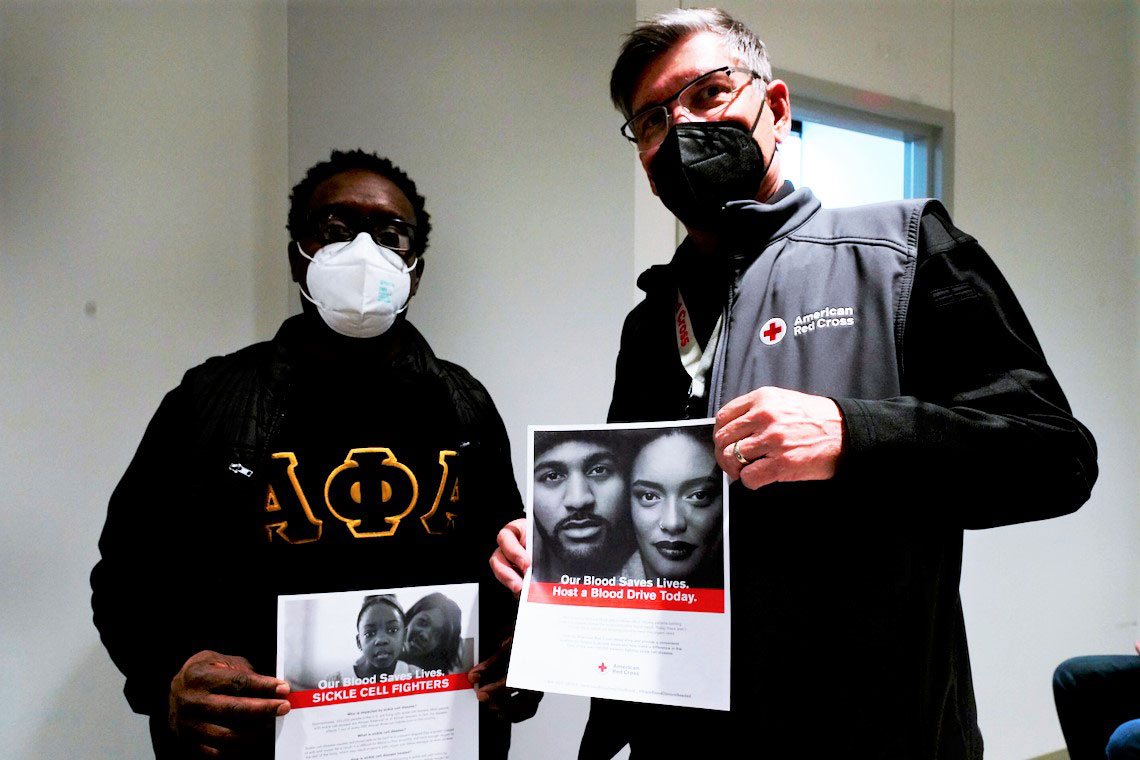 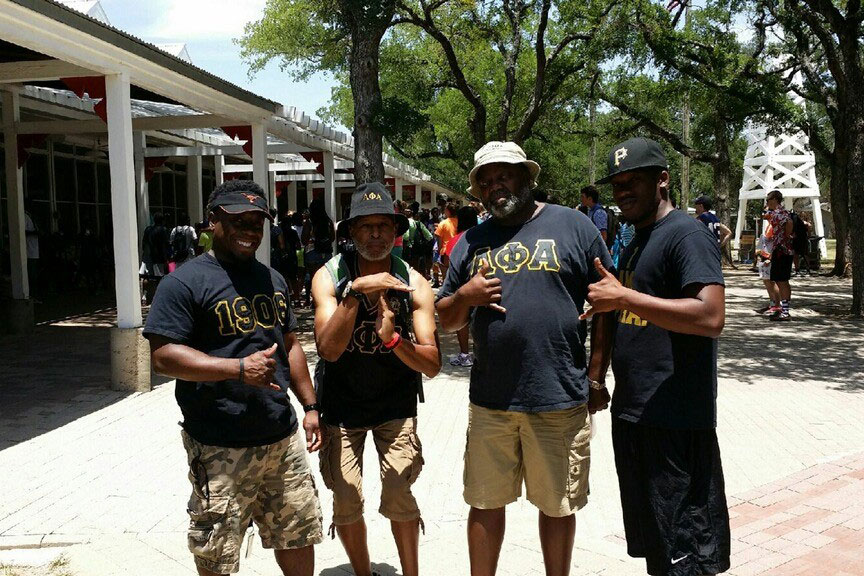 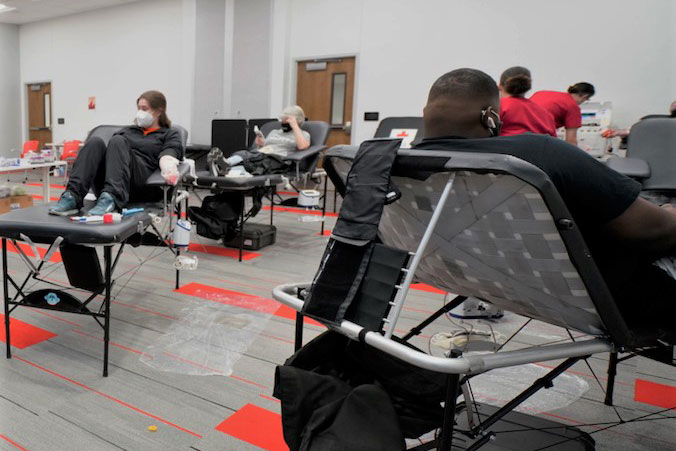 Forrest Jackson of Glenn Heights, Texas has known the impacts of sickle cell disease his whole life. Early on, he and his mother would spend long hours, then days and even months at the hospital so that his sister could receive the necessary treatment that she needed. Jackson remembers going home only to turn right around to go to school for the day, while his mother went back to the hospital.

Jackson lost his sister to sickle cell when she was only 29, but the relationship with his sister and her impact on him is still strong today.

Still a young man, Jackson joined Alpha Phi Alpha, Alpha Sigma Lambda Chapter in Dallas. Over the years, he served his fraternity in many capacities, but two of his roles that stand out are his involvement with Camp Jubilee and the American Red Cross. Camp Jubilee is where children with sickle cell can go and just be kids while the Red Cross works to collect lifesaving blood.

“I know exactly what those kids were going through,” said Jackson. “I watched my sister struggle and it helped me understand what these kids are going through. I’m not an outdoorsy guy, but I have volunteered to staff the camp for about five years. Early in the week I wonder what I got myself into, but by the end of the week, I can’t wait to come back. It’s the best week of the year! “Camp Jubilee is great because everything is tailed for the kids.”

Camp Jubilee has been running at a lesser level since 2020 due to the COVID-19 pandemic but is looking forward to restoring a full camp environment in 2023.

At the end of 2021, Jackson’s fraternity started a relationship with the American Red Cross North Texas Region, which has already delivered results with their first blood drive in Dallas in January. They had a very successful turnout, collecting 15 units of blood from the Black community.

Alpha Sigma Lambda already has another blood drive planned for May 14 at the Thurgood Marshall Recreation Center in Dallas. The goal is to collect 30 units of blood with 40 percent coming from the Black community. The fraternity plans to host a blood drive each quarter with the goal of educating and encouraging more people to donate blood.

Jackson, a senior compliance analyst with Experian, learned after his first blood donation with the Red Cross—more than 20 years after his sister passed—that he not only doesn’t carry the sickle cell trait, but he also has O negative blood type and is a universal donor. About one in 15, or seven percent of the US population, is O negative. In the Black community that number drops to just four percent.

It reminds Jackson of Rev. Martin Luther King, Jr.’s “Where Do We Go From Here” speech where he said, “Today another curious formula seems to declare he is fifty percent of a person. Of the good things in life, the Negro has approximately one half those of whites. Of the bad things of life, he has twice those of whites.”

Currently there is no cure for sickle cell disease and the awareness is still low in the Black community about how to help people with the condition.

“I learned that not only did I not carry the trait, but that my blood could have been used to help my sister,” said Jackson. “I felt bad for not knowing, I could have been donating for 30 years, but now that I know, I will give as often as I can. I have the app. I get the notifications. I’m going to give blood every time.”

The most common blood types are O and A positive, but because they are the most common, they are also often in short supply. The need for O negative helps fill the gap, but it is a must have by medical professionals when a recipient’s blood type isn’t known.

“Giving blood is a selfless act, but it is also selfish too. When you give blood, it could be the same blood you need if you’re in a car accident that week. You’re also banking blood that could be used to help your kids, your aunt, your grandmother. You may actually donate blood that is given to help save your own family.”

In the U.S., it is estimated that 1,000 babies are born each year with sickle cell disease, and many require regular blood transfusions throughout their lives. Blood transfusions help manage the very real pain and long-term health risks of those with sickle cell disease. Blood donations from individuals of the same race or similar ethnicity and blood type are the most effective way to help patients experiencing a sickle cell crisis—a flair up by the disease that can cause debilitating pain. Since many people with sickle cell are of African descent, blood donations from Black individuals are critical in helping those suffering from this disease.

Those who suffer from sickle cell disease can need as much as 100 units of blood each year, so regular donations are of critical importance. While one in 12 individuals in the Black community carry the trait and may experience some elements of the disease, one in 365 has the full disease that requires extensive medical treatment to avoid or minimize the symptoms that include anemia, stroke, pain crises, under and delayed physical development.