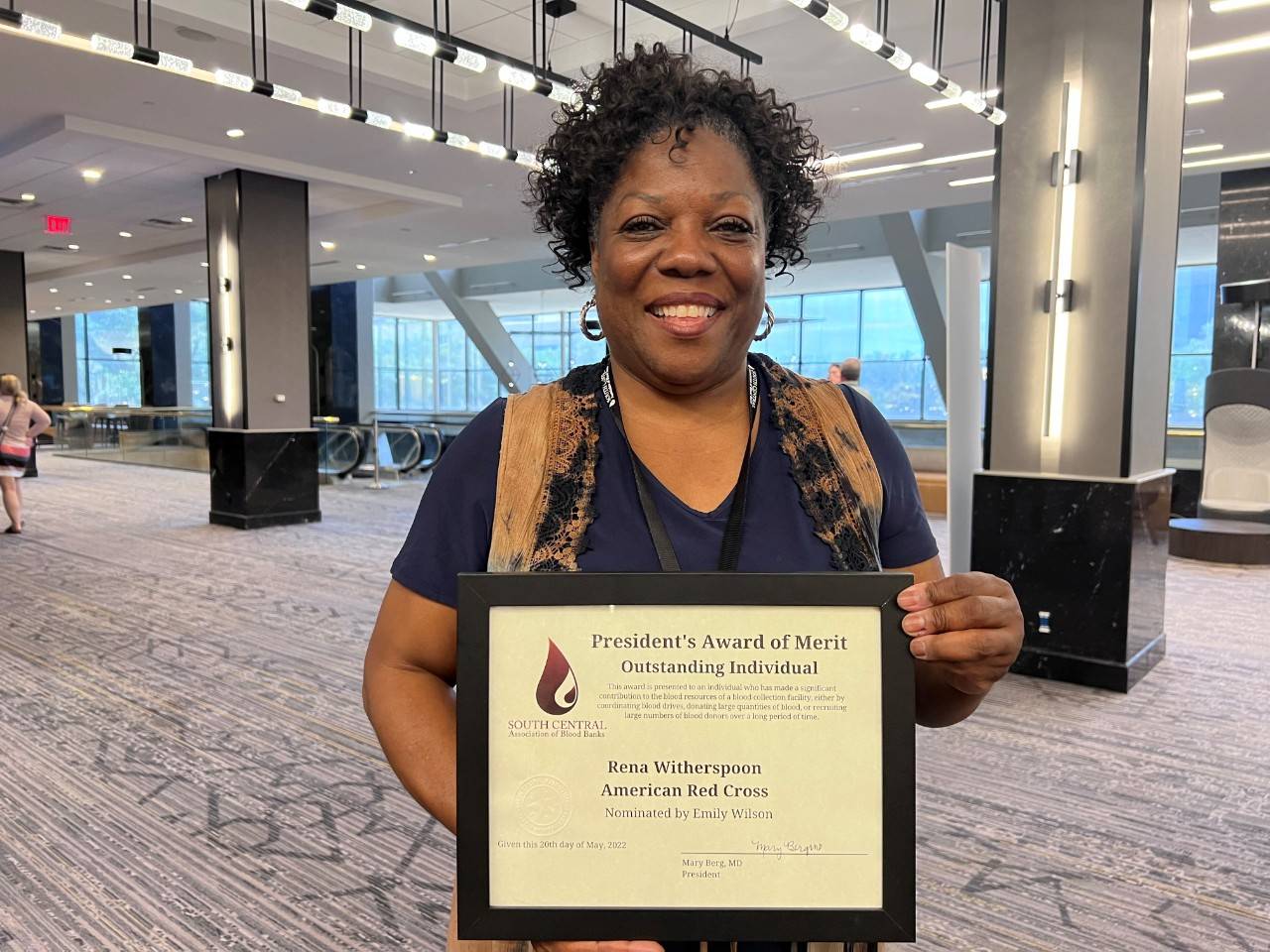 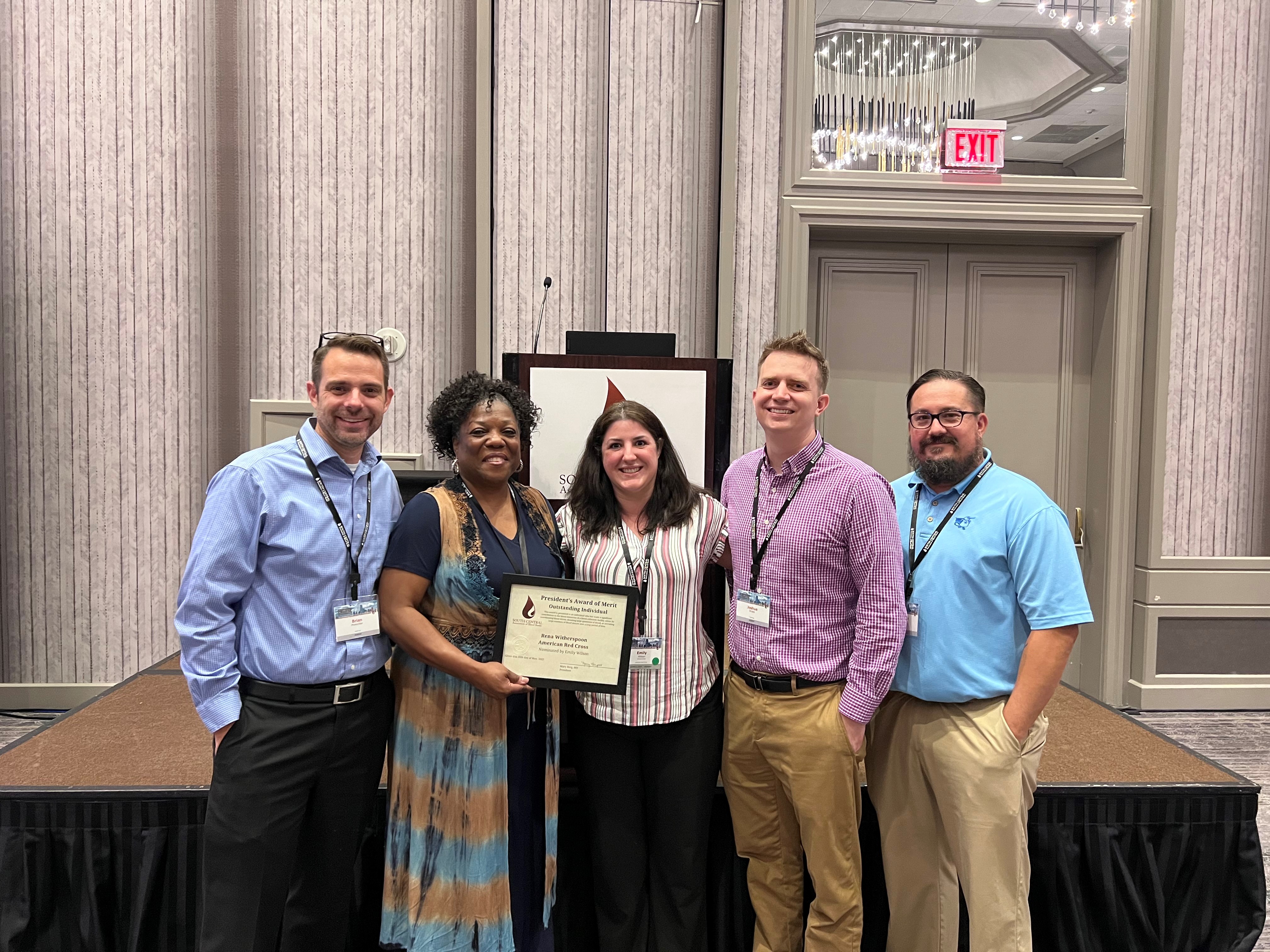 The organization presents the award to persons who have “made a significant contribution to the blood resources of a blood collection facility, either by coordinating blood drives, donating large quantities of blood or recruiting large numbers of blood donors over a long period of time.” Witherspoon more than meets the criteria.

“She has spent countless hours on education to bring awareness in the local African American community on the importance of blood donation, the process and why only African American donors can meet the needs of certain people living with sickle cell disease,” said Emily Wilson, Manager, American Red Cross Immunohematology Reference Laboratory.

Over 100,000 people in the United States have sickle cell, most of whom are of African descent. The disease causes red blood cells to harden, causing them to get caught in blood vessels. This can cause severe complications in patients including severe pain, respiratory conditions, organ failure, and even stroke.

There is no cure for sickle cell disease. However, blood donations and subsequently transfusions from persons with a close blood type match, especially from donors of the same race or similar ethnicity, is essential for patients in need.

During a six-month span in 2020, the North Texas blood center collected 835 units from African American donors. This was barely enough to fill local orders for sickle cell patients. Some orders went even went unfulfilled. All of that changed when Witherspoon stepped into her current role.

In 2021, over the same six-month timeframe, donorship skyrocketed under Witherspoon’s leadership. Her efforts almost doubled the turnout from African American donors with the same blood center collecting 1,566 units.

“Because of her efforts,” Wilson said, “excess units collected locally can be shared around the country to aid people suffering with sickle disease everywhere, regardless of where they live.”

This isn’t the first time Witherspoon has been honored for her work. She’s received multiple awards for her commitment to fostering broader awareness of sickle cell disease. The FBI presented her with a certificate for her efforts for the FBI’s Dallas Black History Month program earlier this year.

“She follows the donation process from needle to final issue of the red cell product and takes pride in the impact she’s made when rare blood needed for an exchange transfusion is readily available,” Wilson said.