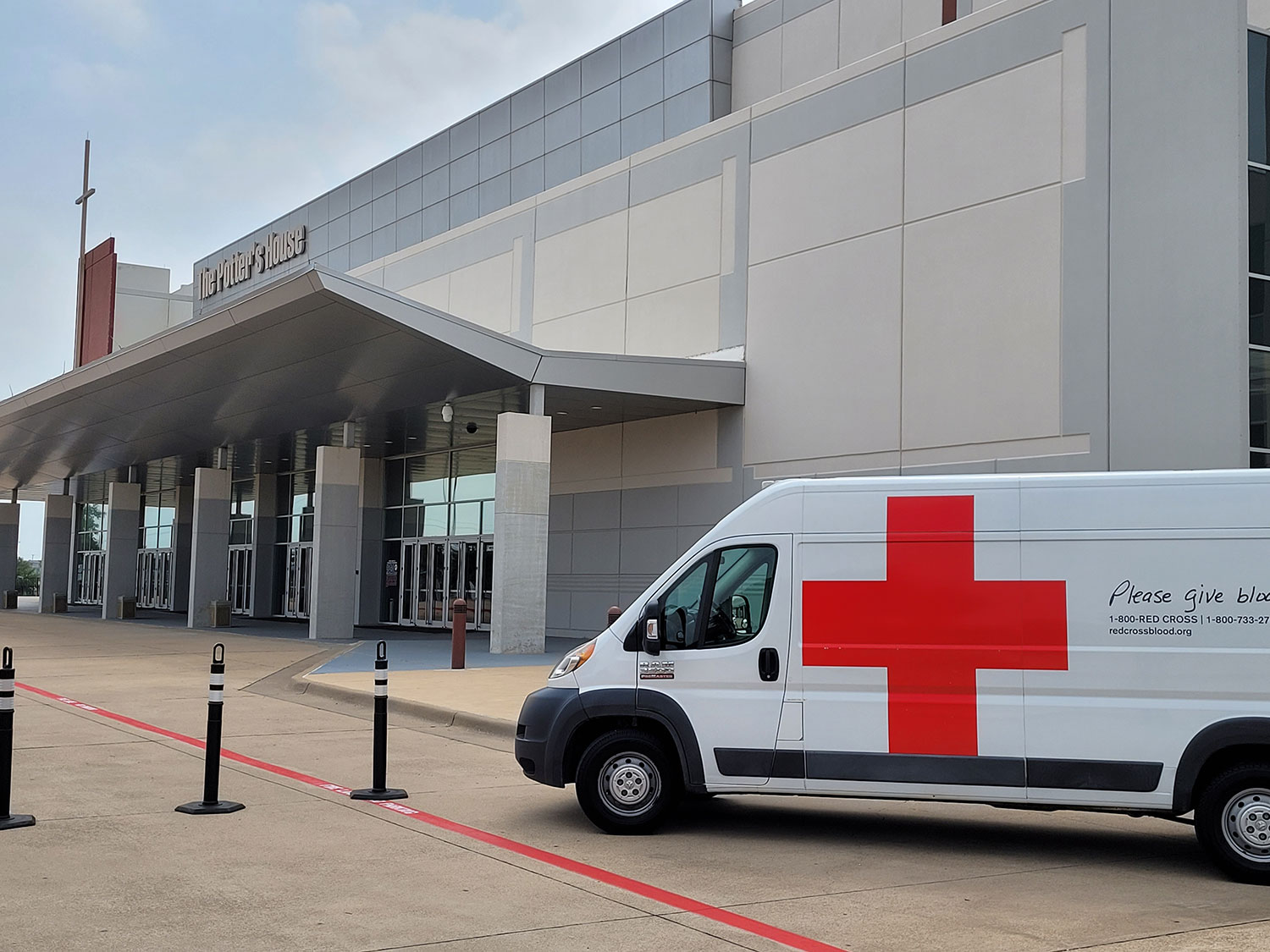 On a bright, clear Saturday morning, the American Red Cross, The Potter’s House and United MegaCare launched an ambitious national partnership with the goal of addressing the health, emergency, and social needs of communities. The United MegaCare Sickle Cell Blood Drives on May 21 kicked off the momentous occasion.

The drives to raise awareness for patients battling sickle cell disease were held concurrently with the second “WoMan to Woman: Faith to Heal” symposium. Hosted by First Lady Serita Jakes of The Potter’s House, the conference drew hundreds of attendees—both in-person and online—and invited them to discover the importance of mental and physical wellbeing. They also learned about the partnership between the Red Cross, The Potter’s House and United MegaCare.

“We had been looking to establish this partnership for quite some time,” said Tiffany Franklin, Community Impact Director, United MegaCare. “It’s to bring awareness and educate the African American community about their need to really come out and donate blood, but it’s actually for a purpose. We want to try and help with the fight against sickle cell, to be able to help the sickle cell warriors.”

Over 100,000 people in the United States suffer from sickle cell. It’s a disease that causes red blood cells to harden and curl into a C-shape. Hardened cells can get caught in blood vessels and cause serious complications for patients including severe pain, respiratory conditions, organ failure and even stroke.

“While at any time blood can be transfused between individuals, individuals with sickle cell disease because they are mostly African American—we have some unique characteristics on our red blood cells that have to be matched closely between the donor and the recipient,” said Dr. Yvette Miller, Executive Medical Officer, American Red Cross. “That’s why we encourage and need more African Americans to donate blood so that we can have a sufficient blood supply to meet the transfusion needs of patients with sickle cell disease.”

In total, the drives collected 95 units of lifesaving blood from generous members of the community who opened their hearts and rolled up their sleeves to give at all three North Texas campuses of The Potter’s House—Dallas, Fort Worth and North Dallas (Frisco). Sixty-six donors gave for the first time during the event. Not only that, but 56 donations came from persons who self-identified as African African—62 percent of all donors. Blood donations from the Black community are critical in helping reduce the risk of transfusion complications.

“My sister was born with sickle cell traits,” said Tonya Baker, who donated on May 21. “We’ve always understood that it’s important to donate. I just haven’t done it in several years. So, what better day than today?”

Baker attended the symposium before donating. She says that she learned African Americans do not donate enough blood during one of the panels. While a diverse blood supply is beneficial for everyone, the best blood type match for patients with rare blood types often comes from donors of the same race or similar ethnicity.

“I started [donating blood] because I know in my community there’s a shortage of blood,” said Samonia Mosley, who also came to donate. “I’ve had family members at the hospital that needed blood. A few months ago, my daughter had a baby prematurely and they ended up having to give my daughter blood. I feel like I can contribute that way, so I give blood and if someone needs it, they have it.”

Blood drives aren’t the only aim of the partnership between the Red Cross, The Potter’s House and United MegaCare. Together, the organizations will also ensure that communities are prepared for disasters by engaging in preparedness education and training so individuals and families can be ready in case of an emergency.

The need to build healthier communities is paramount, and blood donation efforts will be a major focus of the partnership going forward. Along with hosting future blood drives, The Potter’s House and United MegaCare will also provide education on sickle cell disease, the need for a diverse blood supply and encourage new donors to give in order to build a sustainable blood supply.