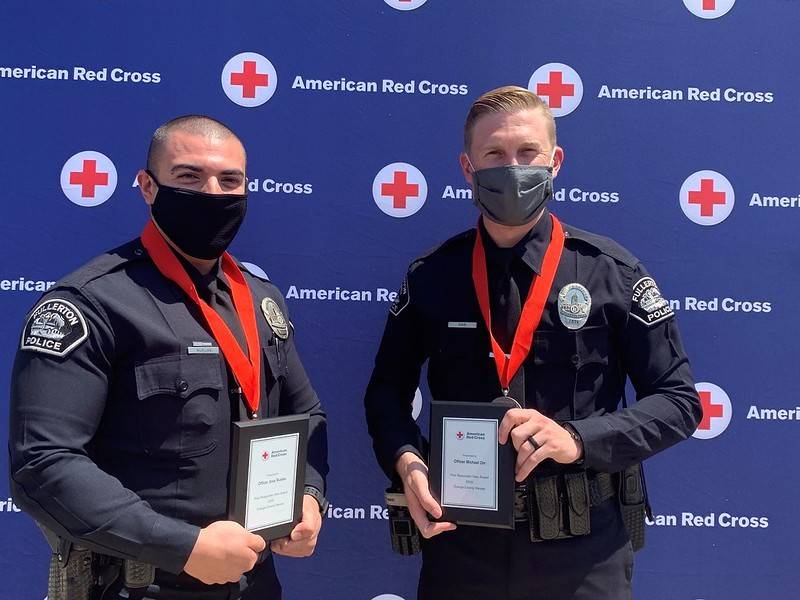 “Orange County is home to many ordinary individuals with extraordinary courage, and we’re honored to recognize local unsung heroes whose stories of bravery, courage and selflessness can inspire us all.”

“We’re excited to share the amazing stories of this year’s honorees,” said Becky Firey, Executive Director of the American Red Cross of Orange County. “Orange County is home to many ordinary individuals with extraordinary courage, and we’re honored to recognize local unsung heroes whose stories of bravery, courage and selflessness can inspire us all.”

“We’re so grateful for our sponsors for standing with us during this time. Their support helps us honor deserving individuals and organizations making a difference in our communities,” said Firey.

Because of the ongoing public health emergency, this year’s Orange County Heroes Awards will not be held in person; rather, heroes will be recognized online during a week-long digital campaign at redcross.org/SoCal and on social media at Facebook.com/SoCalRedCross and Twitter.com/SoCal_RedCross. Click here to see the video stories of this year’s honorees. Nominations for the annual Orange County Heroes Awards are accepted year-round at redcross.org/ocheroes.

Click through the slideshow to meet this year's heroes: 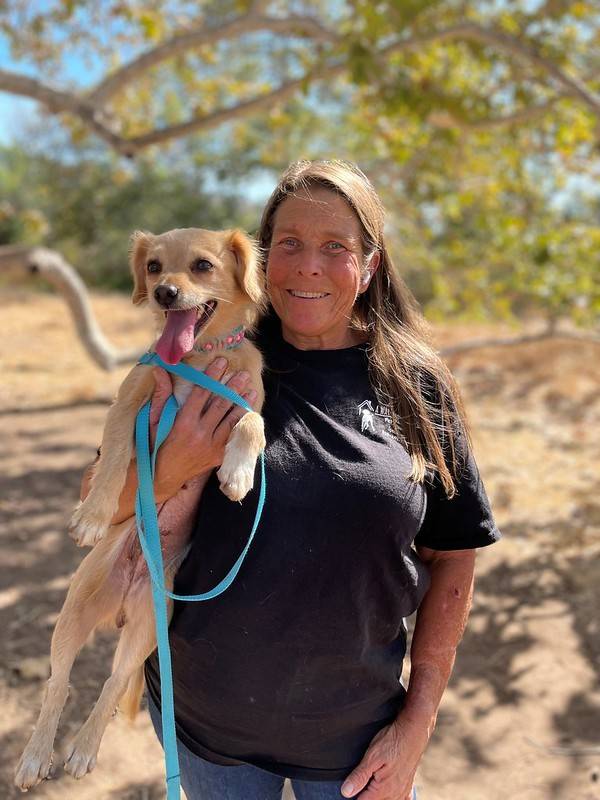 In 2013, Kathy and her late husband John founded Otra Mas with the dual vision of rescuing injured or retired horses and giving them new purpose as partners in Equine Assisted Therapy. Otra Mas offers Equine Assisted Therapy programs designed to address many conditions facing veterans and members of the military community, such as PTSD, mood and anxiety disorders, and life-adjustment issues. Otra Mas also provides immediate shelter and aid for horses during emergencies and natural disasters. 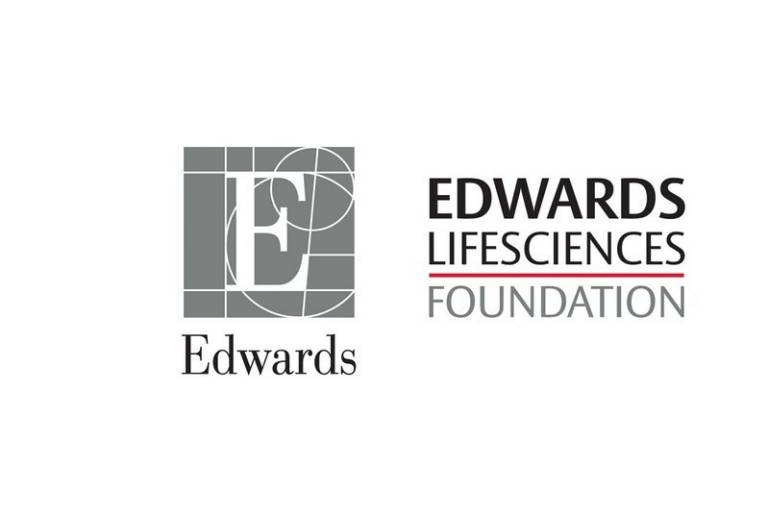 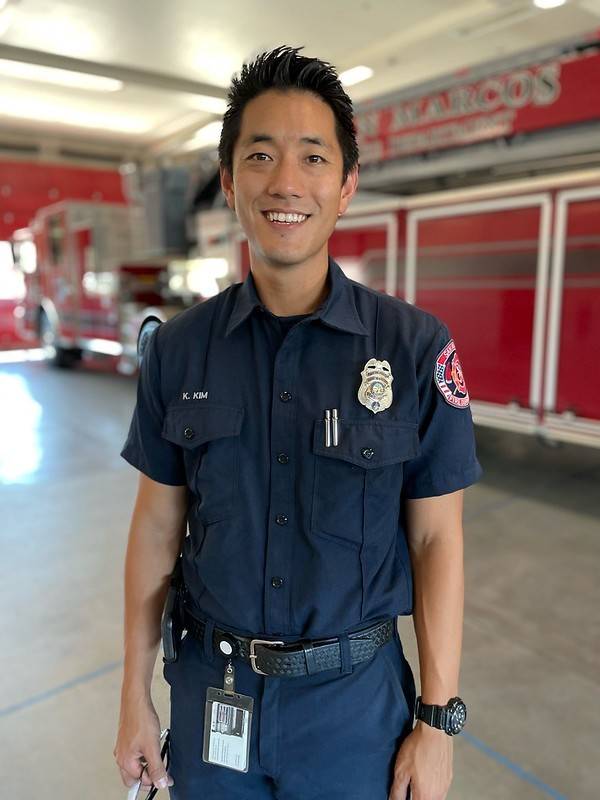 When Ryan Honary saw the unbelievable impact of the wildfires in California each year, he was deeply moved. Through the Tata Consultancy Services Ignite Innovation Student Challenge and with encouragement from his teachers, he created the Early Wildfire Detection Network. This network can detect the early signs of fire, alerting local firefighters and community members to wildfire threats. With additional input from the local Red Cross, Ryan pursued his dream of finalizing his prototype for the Early Wildfire Detection Network. When Ryan heard of the threat of COVID-19, and the high cost associated with fever detectors to combat the spread of the virus, he adapted the technology he created for the Early Wildfire Detection Network so that when a fever is detected, a photograph is taken of the individual, and Ryan receives a notification on his mobile app. 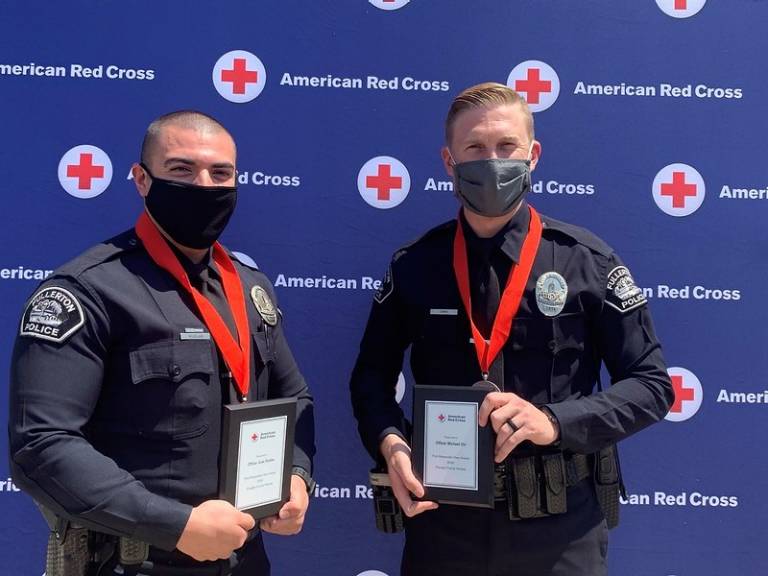 On the night of July 27, 2019, Officer Michael Orr and Officer Jose Ruelas responded to an apartment fire in Fullerton, California. Numerous bystanders began to yell at the officers that there was an elderly female still inside the apartment that appeared to be engulfed in flames. Without hesitation, Officer Orr and Officer Ruelas made their way into the apartment. Once inside, they found the woman unresponsive on the kitchen floor. The officers picked her up, making their way through the smoke-filled apartment and carrying her to safety. She was treated by the Fullerton Fire Department on scene and was later transported to a local trauma center, where she survived and was treated for burns to over 40 percent of her body. 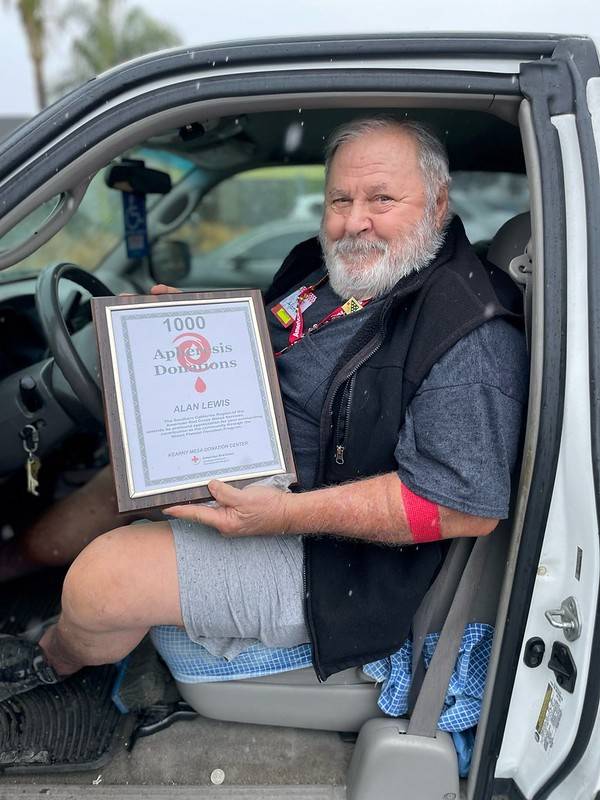 Westminster resident Matthew Murphy II has hit a milestone few others have reached—his 1,400th platelet donation. At age 62, almost 42 years after his first college blood drive, Murphy remains committed to giving blood products. In 1991 at the KLOS Blood Drive, Matthew switched to donating platelets, and now donates up to 24 times a year at the Red Cross Laguna Hills Blood Donation Center. Matthew holds the record as the top Red Cross platelet donor in Southern California. As a result of Matthew’s unwavering commitment to donating platelets, he has helped thousands of the patients throughout the last three decades. 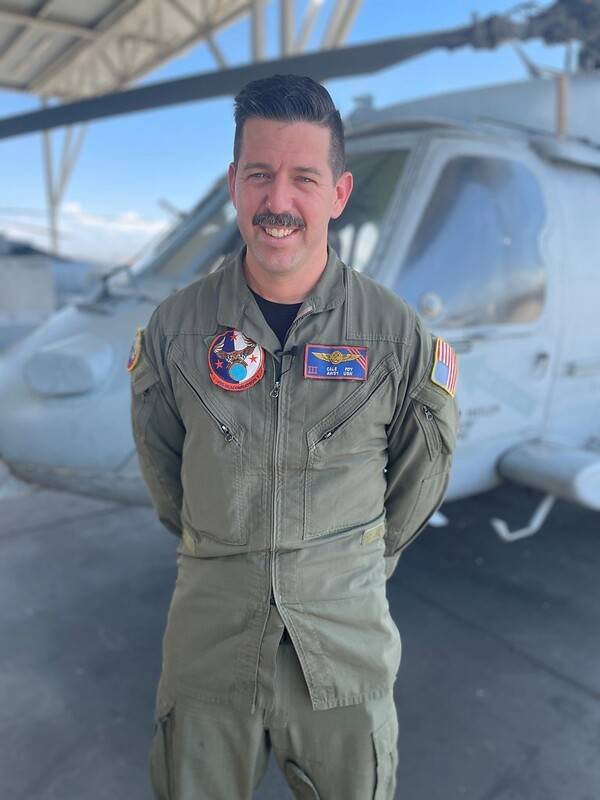 Alexis “Lexi” Raichel is a 19-year-old college student and seasonal lifeguard from Anaheim Hills. On January 6, 2020, Lexi was driving home from a babysitting job when she witnessed an accident that resulted in an injured motorcyclist. Lexi jumped in to help, with her lifeguard first aid kit in hand, to assist the crashed motorcyclist. Alexis took his vitals, checked his injuries and talked with him, keeping him calm. In these critical moments after the accident, Lexi was there and continued to stay with the motorcyclist until the paramedics arrived and took him to the hospital for treatment. 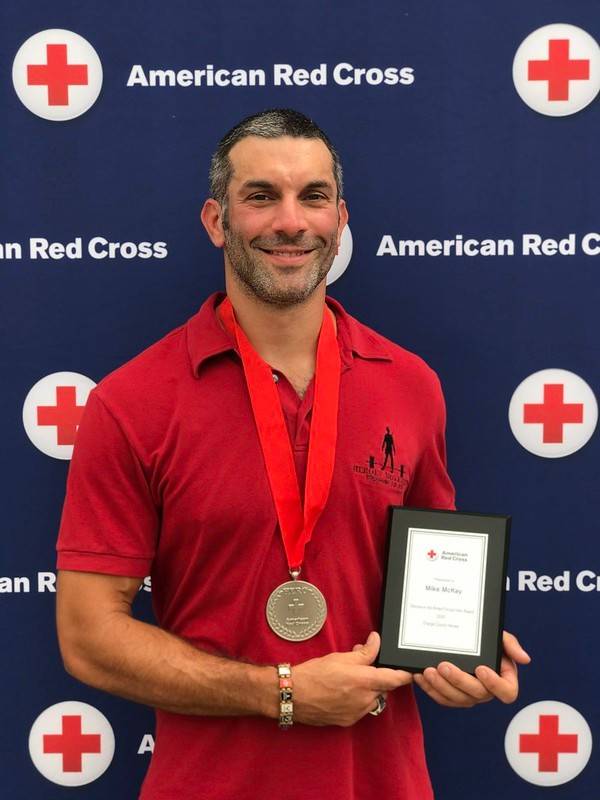 As a veteran of the United States Navy, Mike McKay saw firsthand the challenges of transitioning back to civilian life. Mike founded the Heroes’ Movement, a nonprofit that helps veterans rebuild their bodies and minds in a safe environment. With a background as a strength coach and trainer, Mike used his skills to help veterans go beyond physical therapy into creating a lifestyle of health and wellness. Heroes’ Movement partners with gyms across to nation to give veterans access to fitness programs tailored to their needs. Heroes’ Movement also allows veterans to connect with each other and build vital community. 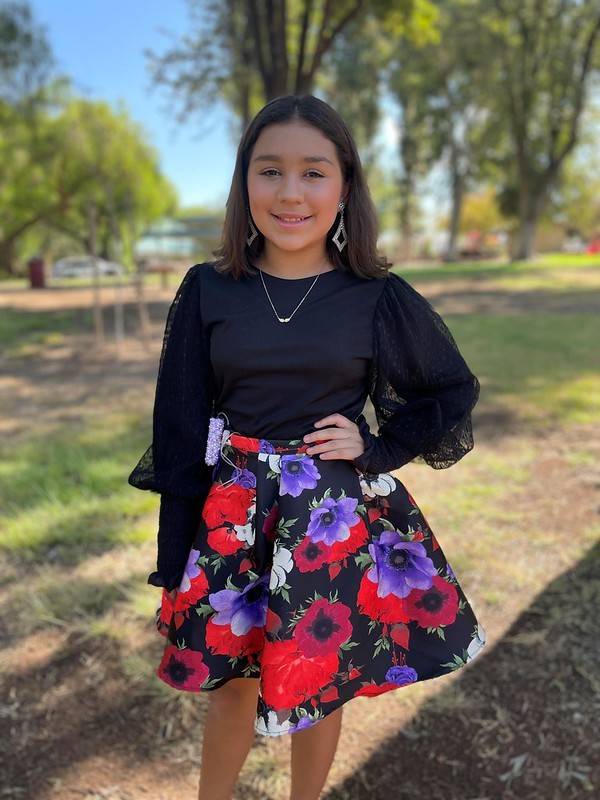 On November 14, 2019, Gavin Pike, a fifteen-year-old Laguna Beach High School student and member of the surf team, was laying on the sand at Thalia Street Beach when he noticed two swimmers in trouble. Seeing that they were in danger, Gavin made his way out to them through the surf. Once he made contact, Gavin helped pull the mother and son out of the rip current and onto the shoreline. Another bystander had called 911 and lifeguards and paramedics arrived shortly to evaluate the mother and son. They were released from the hospital later that day. Only a week prior to his extraordinary ocean rescue, Gavin had attended “Surfers Awareness in Lifesaving Techniques" training from Laguna Beach Lifeguards. Gavin credits his rescue to being in the right place as the right time and is thankful that he was there to help.