Rolling Up a Sleeve to Help Thousands of Patients in Need

Rolling Up a Sleeve to Help Thousands of Patients in Need 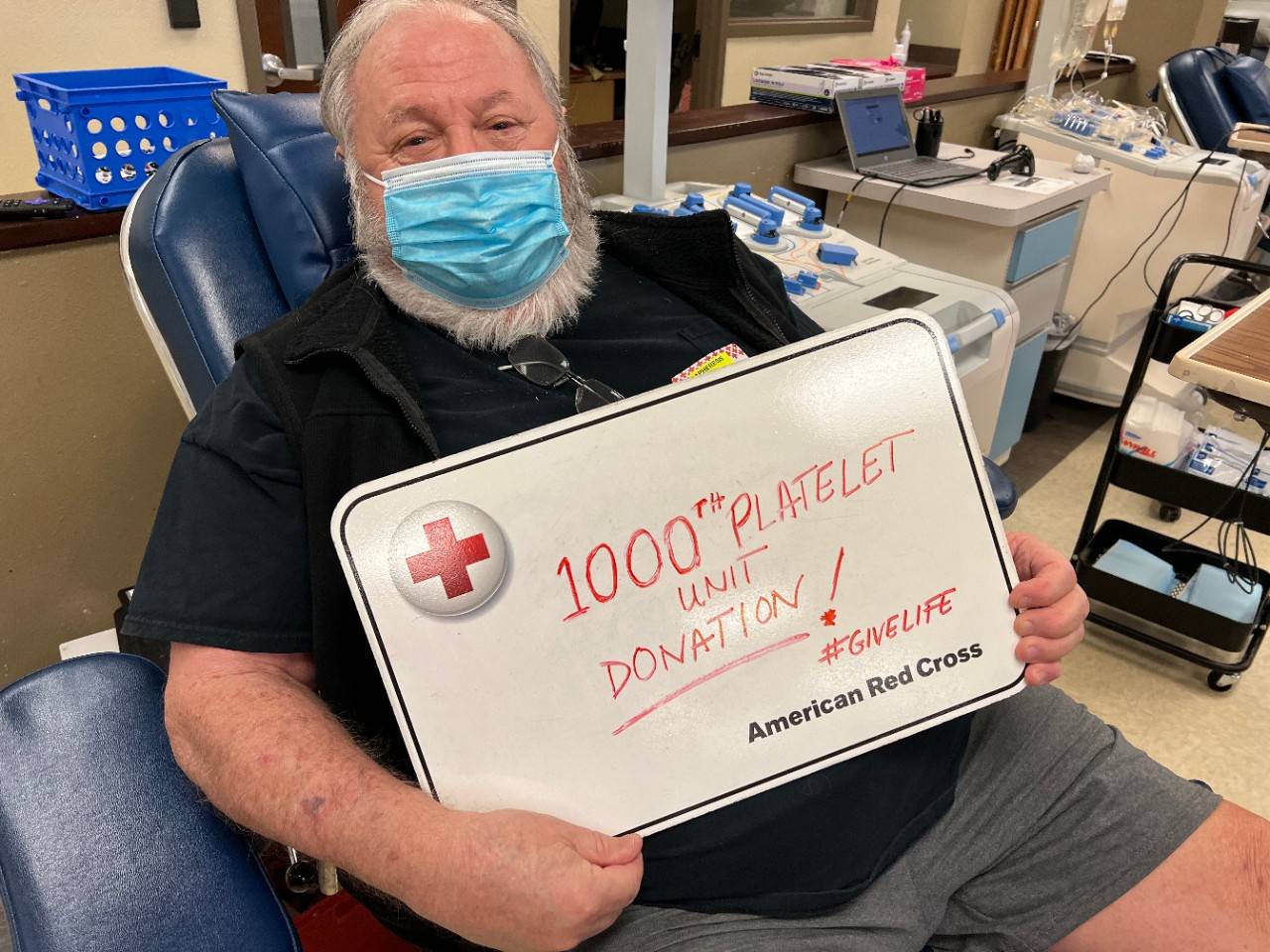 Alan’s blood and platelet donation journey began when his doctor told him that the easiest way to find out his blood type was by donating blood. Shortly after, Alan scheduled an appointment at the Red Cross Escondido Blood Donation Center, which has since been relocated to Kearny Mesa, and from that day forward he never stopped rolling up his sleeve to donate lifesaving blood products.

After seven years and 25 whole blood donations, Donna Guimerin, a now-retired apheresis nurse, inspired him to roll up a sleeve for another type of donation – platelets.

Every 15 seconds, someone in the U.S. needs platelets. Platelets are tiny cells in your blood that form clots and stop bleeding. They play a critical role in the treatment of millions of Americans fighting cancer, chronic diseases and traumatic injuries and must be transfused within five days of donation, so donations are always needed.

Alan’s competitive spirit and relentless commitment to helping hospital patients in need is shown through many selfless actions, including his biweekly triple-unit platelet donations. Alan even donates on two holidays every year, New Year’s Day and the 4th of July. When the donation center in Escondido was relocated to Kearny Mesa, his appointments stayed on the books despite the 45-minute commute to donate. Alan’s donations have brought help and hope to patients near and far. His platelet donations have been delivered to hospitals as close as La Jolla and as far as Guam.

Over the past 22 years, and 136 gallons of blood products later, Alan has helped potentially save thousands of lives. Thank you, Alan, for your commitment to helping those who need it most!

To learn more about donating platelets and to schedule an appointment to donate blood or platelets to help hospital patients, visit RedCrossBlood.org/platelets. 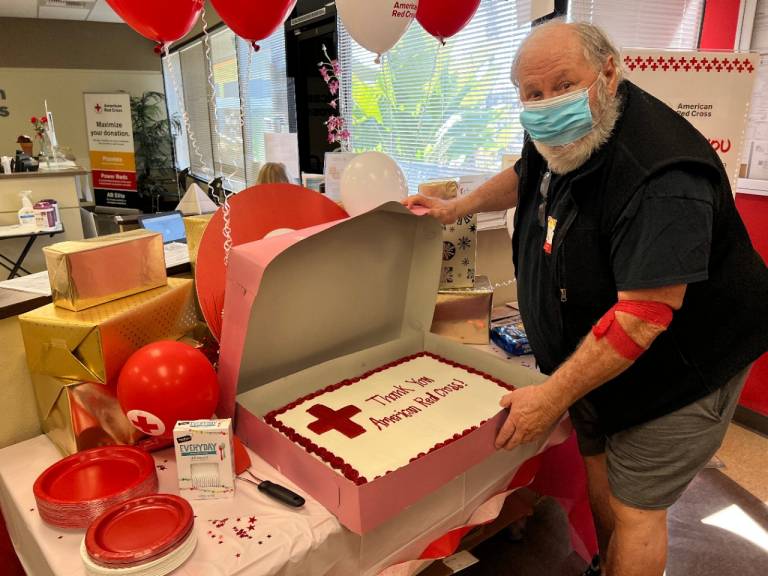 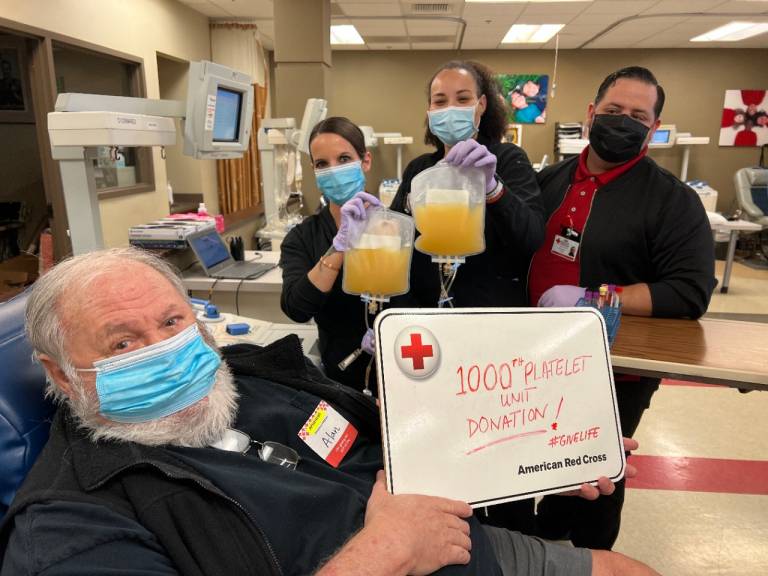 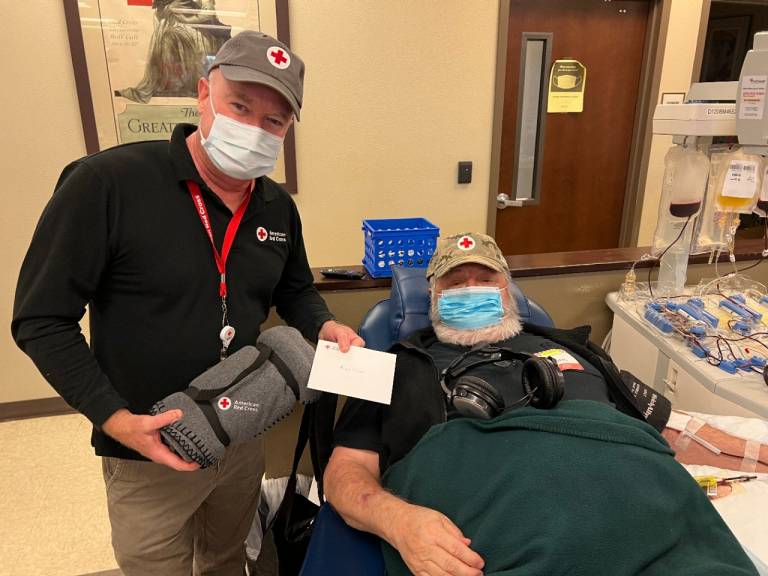