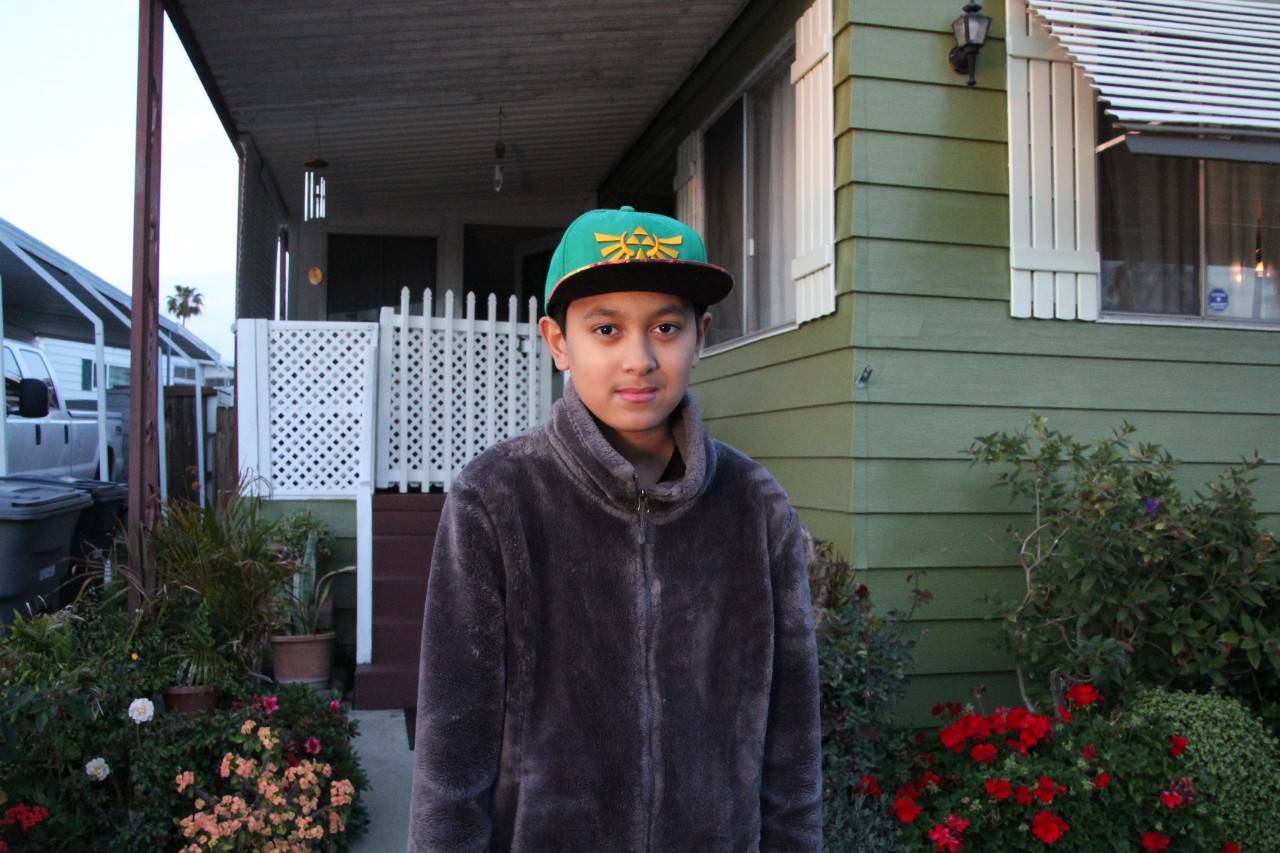 12-year-old Logan Delrosario was able to save his family from a home fire thanks to smoke alarms and fire safety training provided by volunteers with the American Red Cross Desert to the Sea Region.

When Brett Hoppe performed a simple act of kindness one Saturday morning, he didn’t realize his actions would help save a family of seven.

The college student woke up one weekend and left home with the intention of serving local families at risk with fellow volunteers with the American Red Cross Desert to the Sea Region. Their task? To take part in a local Sound the Alarm event, during which Red Cross volunteers partner with the Orange County Fire Authority (OCFA) and local community groups to install free smoke alarms in homes and prepare families for home fires by creating fire escape plans with them and providing disaster preparedness training. The goal? To reduce home fire deaths and injuries and create more prepared neighborhoods. “It makes you feel good,” says Brett. “You’re doing something to help the community… with a great group of people.”

Brett joined Mariana Sanchez and Susie Johnson as they walked door-to-door in a Lake Forest neighborhood offering emergency preparedness resources and installing free smoke alarms. After participating in this one event, Hoppe became hooked and has since volunteered several times.

When they set out to install free smoke alarms in the Delrosario’s Lake Forest neighborhood, Brett, Mariana and Susie had no idea they’d be saving lives. On Christmas Eve 2018, 12-year-old Logan Delrosario awoke to the blaring sound of smoke alarms at around 2:00 a.m. Logan followed the drill that Red Cross volunteers had mapped out, he alerted his family, and escaped with them to safety. Thanks to Brett, Mariana and Susie, the Delrosario family’s lives were saved. After OCFA extinguished the fire, Red Cross volunteers arrived at the Delrosario’s family home to provide comfort and emergency support. This is just one illustration of the capabilities of the Red Cross coming full circle — preparing a family for a disaster, and being there for them when they need it the most.

However, not all families are as fortunate as the Delrosarios. Home fires are the nation’s most frequent disaster, typically killing more people in the United States than all natural disasters combined. These preventable tragedies usually occur in homes that do not have working smoke alarms. “If you’re not ready, it can turn into something tragic,” says Sanchez, a mother of two. “I’m really grateful…just to have had that opportunity to help a family out.”

At a recent Sound the Alarm event, where the trio was honored, OCFA Fire Chief Jim Henry addressed public lack of preparedness for fires. “It has been stated that most believe that they are more likely to win the lottery than have a fire in their home. Statistics have shown that that’s just not the case.” Chief Henry emphasized the high likelihood of a home fire at some point in one’s life.

Approximately seven people die every day as a result of home fires, but smoke alarms reduce the risk of death by half. “Our partnership with the Orange County Fire Authority has been phenomenal. It’s one of the best in the country,” said Linda Voss, CEO of the American Red Cross Desert to Sea Region. “Thanks to this partnership, we have installed in our area more than 15,000 smoke alarms, conducted countless fire escape plans and resulted in making thousands of homes safer.”

Since the Red Cross launched the Home Fire Campaign in 2014, more than 1.7 million smoke alarms have been installed nationally and 589 lives have been saved, and more alarms are being installed every day- changing the lives of families nationwide.

These accomplishments are made possible by the generosity of donors and community members working together to provide safer homes for families through Home Fire Campaign and Sound the Alarm events. “The American Red Cross is a volunteer-run organization. These volunteers are the lifeblood of our organization,” says Voss. Volunteers – like Brett, Susie and Mariana - constitute over 90 percent of the Red Cross humanitarian workforce.

According to Susie, the decision to volunteer is easy - she was raised to be in service of others and continues to carry on the family tradition and lead by example. “I’m very proud of our efforts and to be a part of that team and to know that we saved somebody’s life,” says Johnson. “The actions that we took to prepare them is what saved their lives.”

For more information, visit redcross.org/homefires or contact your local Red Cross to support Sound the Alarm events in your community.