The American Red Cross of the National Capital & Greater Chesapeake Region seeks to fulfill on a regional level the American Red Cross mission to prevent and alleviate human suffering in the face of emergencies by mobilizing the power of volunteers and the generosity of donors.

Led by volunteers and financially supported by generous residents, businesses and foundations, we provide the following programs and services:

When calling, please use the following options to access service delivery:


Inclement Weather Policy
Our offices follow the inclement weather schedule of the Federal Government. If you registered for a training class that is cancelled then you will receive an email notification. 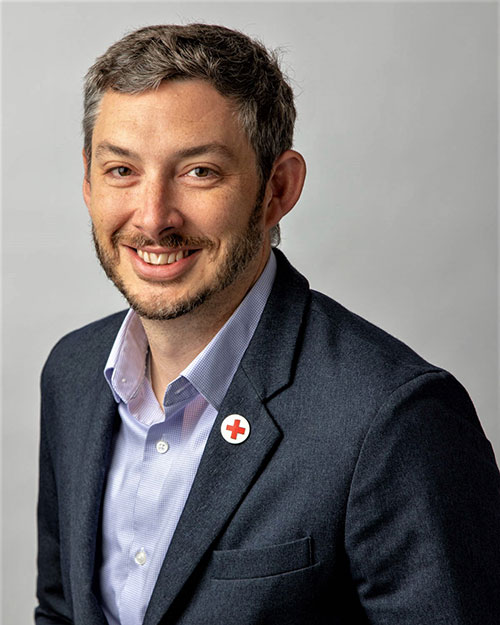 Before joining the Red Cross of the National Capital & Greater Chesapeake Region, he served as the Regional Chief Executive Officer for the Cascades Region - in Oregon and Southwest Washington. In this role for 3.5 years, Dale focused on areas of core mission delivery and building and strengthening relationships at every level— including the board of directors, community partners, staff and volunteers. Dale guided the region to new heights in engagement and fundraising and led the team through the historic 2020 Oregon Wildfires.

Throughout his Red Cross career, Dale has responded to numerous large-scale disasters in Africa, Asia, and across the U.S. He is a founding member of the IFRC SIMS team, a member of the International Disaster Response Roster, and frequently deploys to support national disaster response operations. In 2017 he joined the national American Red Cross LEAD co-hort, and in 2020 was selected as a 40 under 40 honoree in Portland, Oregon.