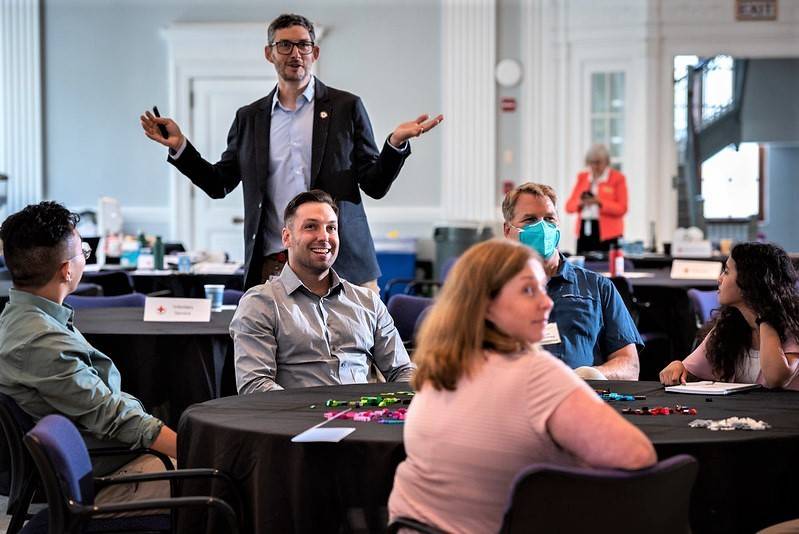 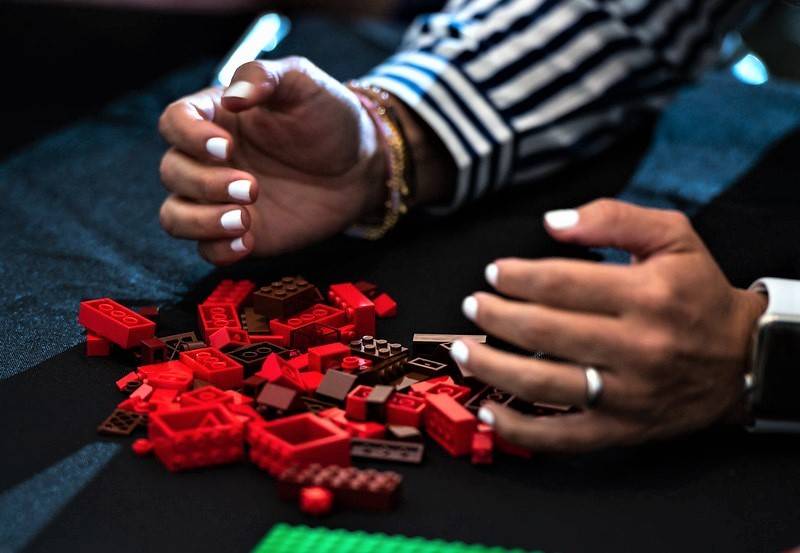 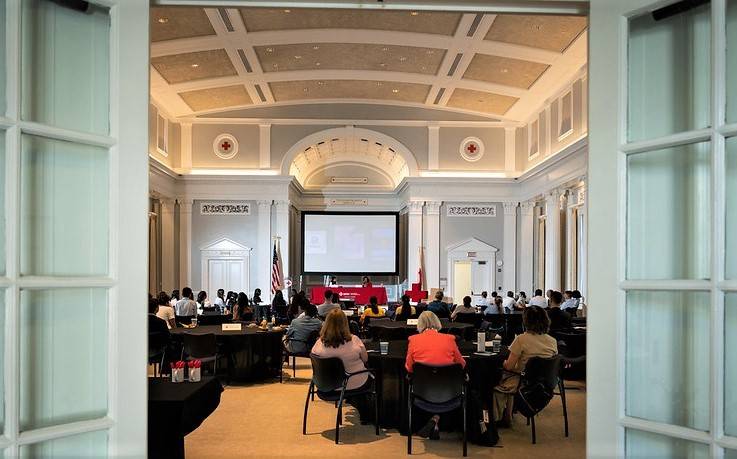 As conflict continues in Ukraine, the global Red Cross network is providing around-the-clock support, care, and comfort to help more than 14 million people displaced by this devastating humanitarian crisis. The ongoing conflict is also a steady reminder that even war has rules. This is why, at the Red Cross, insisting that civilians and aid workers be protected from harm during this violence remains a top priority.

International Humanitarian Law (IHL) is a set of rules that restrict the means and methods of warfare while protecting civilians, prisoners of war and wounded soldiers. The four Geneva Conventions—which form the foundation of IHL—are the only treaties in the world that have been ratified by all nations. As part of the Geneva Conventions, all countries are tasked with educating their population about IHL. The American Red Cross assists with this, educating the public on IHL—and a key role is played by our Red Cross youth!

This program, commonly known as The American Red Cross International Humanitarian Law (IHL) Youth Action Campaign empowers young adults, ages 13-24, to educate others on IHL by exploring topics with their communities through peer-to-peer education campaigns. Generally, youth teams participate in an IHL training, during which they learn how to build their own educational campaigns and conduct in-person and social media activities to promote awareness around IHL.

Over the weekend of July 22, 2022, teams from across the globe joined together at our national American Red Cross headquarters in Washington, DC for the annual IHL Youth Action Campaign Summit. There, participants focused on a common theme: preservation of cultural property in war.

Being involved on the international arena of Red Cross work is not new for National Capital and Greater Chesapeake Region CEO Dale Kunce. In fact, after joining the American Red Cross in 2013, he traveled the globe as part of the Red Cross International Services team. During this time, he co-founded the Red Cross “Missing Maps” program, which enables volutneers to map vulnerable areas in the developing world – in an effort to enable humanitarian organizations, like the Red Cross, to deliver lifesaving supplies and resources to remote areas impacted by disaster.

On July 22, Dale served as a facilitator for various leadership-building activities during the annual Youth Action Campaign summit—even incorporating a Lego activity which allowed participants to better understand their individual leadership-style, by the end of the session.

“Listening and learning is a part of being a good leader and I get so much out of these experiences with our highly talented youth,” Kunce said. “Plus, it's great to see old friends and meet new faces, from all around the globe.”

Right now, the Red Cross is accepting new IHL volunteer instructors, and no legal experience is needed. What is required, is a passion for the Red Cross Movement and spreading the word about IHL. Any person interested in joining the efforts of the Red Cross in disseminating IHL to the public should contact your local Red Cross office (https://www.redcross.org/local/dc-va-md-de/about-us/locations.html) or email IHLaw@redcross.org.