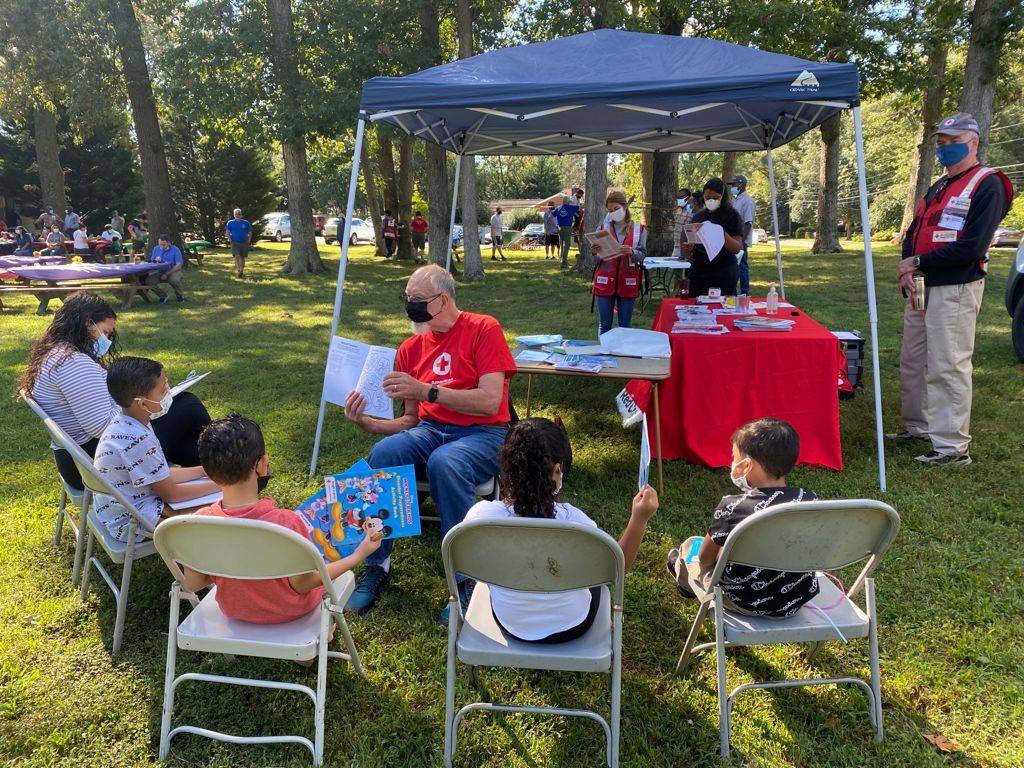 The recent hurricane in Florida and wildfires in the West show the importance of being prepared for emergencies and natural disasters—whenever they may strike.  In these situations, timely information is critical as every second counts.  The American Red Cross of the National Capital & Greater Chesapeake Region is committed to bringing emergency preparedness information and education to all communities in our region.

However, communities whose primary language is not English, may be more likely to be caught unprepared.  National Hispanic Heritage Month is an opportunity to recognize the work volunteers like Dr. Joseph Prewitt-Diaz do with the Hispanic community.

Joe has been a volunteer in the National Capital Region since he and his family moved to the DC-metro area in 2012.  His primary work has been in Disaster Mental Health, and he is one of the world’s experts in this field.   Over the years, the Latino and Hispanic population has increased significantly in the DMV-area— especially with the large number of retired former military around the local area military bases.  As a result, preparedness outreach and education in these communities is more important than ever.

As part of the Latino Engagement Team, Joe works to help foster resiliency in the most vulnerable Hispanic communities.  He has been assisting Spanish-speaking church congregations throughout the region to organize disaster response plans, including in Alexandria, Dumfries, and Woodbridge.  At a recent event with the Wesley United Methodist Church, Joe read young children’s books on preparedness -- to help families become more aware of emergency preparedness and Red Cross services.

“The Latino community needs to be integrated in the American Red Cross emergency plans,” said Joe, which includes not only preparedness and disaster response but blood donations as well.

Joe’s work in community education and advocacy has earned him numerous awards. In the international arena, Joe worked with Red Cross International Services to develop a mental health services program in the Latin American Countries Region.  He’s served as a technical expert for the International Federation of the Red Cross and Red Crescent for the Americas and the Caribbean during the COVID 19 pandemic that resulted in a book entitled, “Mental Health and Psychosocial Support during COVID 19.”

National Hispanic Heritage Month celebrates the histories, cultures, and contributions of Americans whose ancestors came from Spain, Mexico, the Caribbean and Central and South America.  Volunteers like Joe Prewitt-Diaz serve the Red Cross mission through their work teaching life-saving skills, emergency tips, serving military families, and donating blood.  And the Red Cross of the National Capital & Greater Chesapeake region says thank you to Joe and all our Hispanic volutneers, for their tireless dedication and commitment to our lifesaving mission.