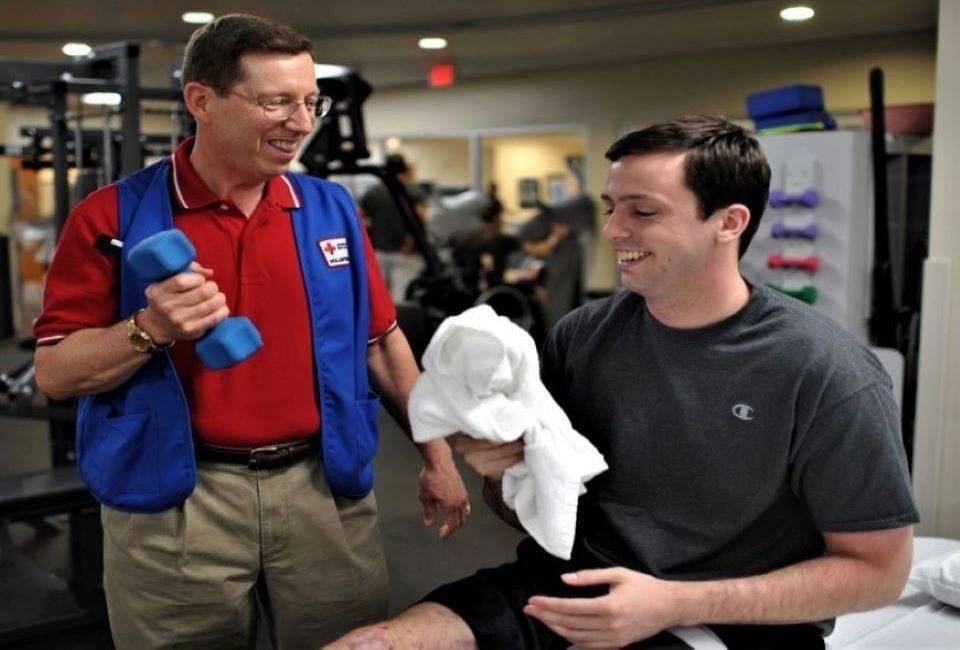 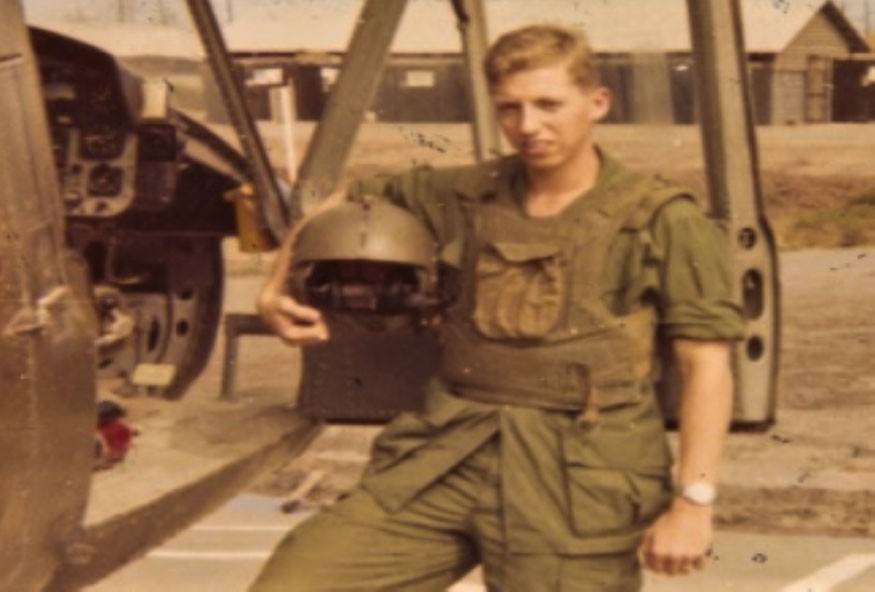 “To me it’s like bookends to my life,” said Steve. “I started my career in service to others as a U.S. Army DUSTOFF pilot (medical evacuation pilot) rescuing service members from the battlefield in 1968 during the Vietnam War. I was injured in battle myself and had to recover in a military facility. Now, I am at Walter Reed, volunteering to help service members recover from being wounded in battles.”

As the Red Cross volunteer leader at Walter Reed’s Department of Rehabilitation, Steve coordinates the services of more than 60 volunteers. His kindness and easy-going manner inspires everyone, and he especially enjoys encouraging service members undergoing rehabilitation by sharing his wisdom of overcoming his own serious battlefield injuries.

“Steve makes a difference by caring,” said Chris Duffley, Director, Service to the Armed Forces and International Services for the Red Cross in the National Capital & Greater Chesapeake region. “His empathy and relatability to our military veteran families and recovering service members gives him unmatched credibility.”

Another Red Cross staff member, Kristen Farren, who also works closely with Steve added, “Steve has an incredibly impressive background in the military and in the business world, and remains one of the most humble and kind people I know.”

As part of his lifetime of service to others, Steve will be inducted into the DUSTOFF Hall of Fame on May 21, 2022, for his U.S. Army service as a DUSTOFF pilot during the Vietnam War for 11 months from 1968 through 1969. DUSTOFF pilots and crew members are among the most highly decorated service members in American history. During the Vietnam War, they pioneered the concept of dedicated and rapid medical evacuation during combat using unarmed helicopters.

“Steve Peth is being inducted into the DUSTOFF Hall of Fame because of his extraordinary heroism as a DUSTOFF pilot in Vietnam,” said retired COL Doug Moore. “I flew with several heroes during my two tours in Vietnam to include one who was awarded the Medal of Honor, our highest military award. In my mind, Steve Peth ranks right there at the top.”

“I have had a long and successful career in and out of the U.S. Army. However, the most satisfying thing I have ever done was to be a DUSTOFF pilot in Vietnam,” Steve said. “After 11 months of combat, I became a casualty and ended up being evacuated from Vietnam with a gunshot wound. The experiences of knowing how battlefield evacuation takes place, being in combat, and what it is like to be a patient have served me well as a Red Cross volunteer at Walter Reed. I feel very comfortable with wounded warriors. I am able to express both understanding and empathy.”

Former commander, MG Jeffrey Clark, in a nomination letter on behalf of Steve to be inducted into the DUSTOFF Hall of Fame, said, “Here at Walter Reed, he has done an extraordinary job of promoting the legacy of DUSTOFF with his thousands of hours devoted in service to patients and staff. He is an inspiration to me and to everyone he comes into contact with.”

Steve’s 26-year military career includes enlisted, warrant, and commissioned service where he commanded aviation and field artillery units. He accumulated 3600 hours of flight time, nearly half in combat, during his two tours of duty in Vietnam. Steve’s decorations include: the Silver Star, two awards of the Distinguished Flying Cross, Air Medal for Valor, the Bronze Star and the Purple Heart.

To learn how you can join Steve and help the military community as a Red Cross volunteer, please visit RedCross.org/volutneer.