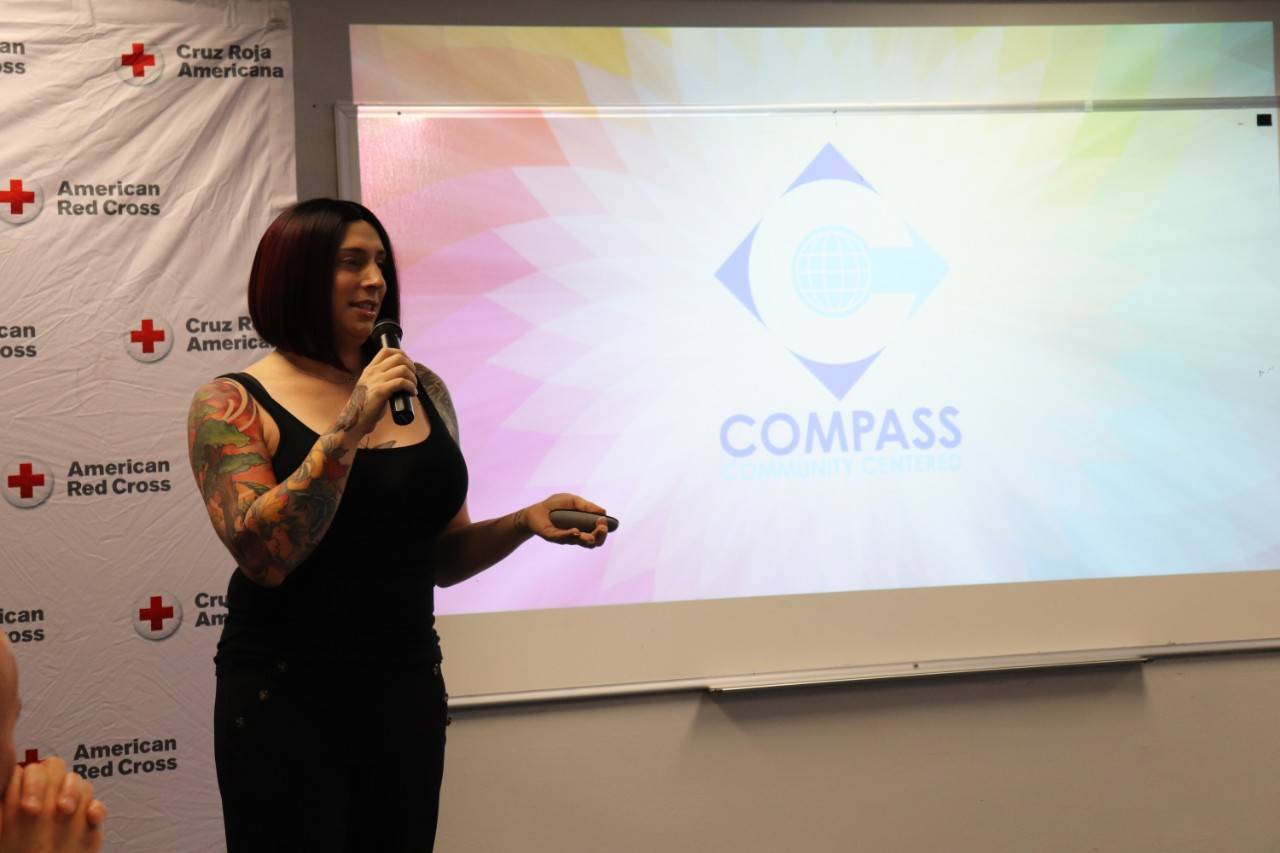 During Pride Month, the Red Cross wants to highlight its commitment to diversity and inclusion. As part of this commitment, the South Florida Region put together a Diversity & Inclusion Committee comprised of staff members and volunteers to help find more ways to be diverse and inclusive within the organization and to the communities it serves.

For a panel discussion and event hosted by the committee in June 2019 and later at an all-staff meeting in December, Michael Riordan was invited to speak on LGBTQ issues. She is the director of marketing at Compass Community Center in Lake Worth, Fla., whose mission is to engage, empower and enrich the lives of lesbian, gay, bisexual, transgender and queer (LGBTQ) people and those impacted by HIV and AIDS. As Michael puts it, “Compass saves lives by being a safe space for people in the LGBTQ community and people living with HIV and AIDS.”

She should know; she credits Compass with helping to save her life. It was four years ago when the pain and misery of living a closeted life and hiding the fact that she was transgender to herself and others made her want to end it.

“I had always known something was different [about me]. I always wanted to be a woman [even though] I appeared to other people as a guy,” says Michael. “I felt something was weird or off and I used that reasoning to get by for a while but the older I got the more depressed I got. I couldn’t take the disconnect anymore. It prevented me from having healthy relationships and doing things that I wanted to do.”

The night she was going to end her life, her dog came into the room and she realized Buddy wouldn’t have anyone to take care of him until she was discovered, which might take a few days. She decided to take Buddy to her sister’s and end it the next night. But in that time, she realized that if she came out as a transgender woman, she risked losing friends and family. If she ended her life, it was guaranteed.

That’s when she found Compass’ gender support meeting (Thursdays at 7 p.m. and a meeting she now runs). “I had never been someplace that was so welcoming, open and loving. It was life-changing and life-saving.”

Through the supportive environment of Compass, Michael made the decision to come out as a transgender woman. She wrote a letter to family and friends with three things she wanted them to know: she had been miserable for a long time, she was a transgender woman, and she was seeking professional psychological help and was planning on transitioning. She would give it to them and be present as they read it to explain and answer further.

Michael says it went incredibly well. Of course, there were some hard times, but four years later she says she hasn’t lost anybody that rejected her 100 percent. She considers herself lucky because others suffer serious rejection.

Today, Michael has transitioned as much as she can through medical science and her comfort level. She decided not to change her name and doesn’t mind her deep voice or which pronouns people use. But, she emphasizes, everyone is different in what they pursue.

It is because of Michael’s personal journey that she knew she wanted to have Compass in her life forever and help others going through a similar experience. And as part of her role and personal activism, she gets the chance to speak in the community to groups like the Red Cross.

“I do enjoy talking to people about Compass, LGBTQ and transgender issues in particular. I’m fortunate to have a job where activism is part of it. It is something I absolutely love to do.”

By sharing her experience and educating others, she hopes it drives the awareness and action needed for more diversity and inclusion in companies and organizations. To Michael, having a commitment to diversity means “finding the people out there that have these different backgrounds and bringing them in because you honestly believe their perspective brings something to the table and adds to your collective strengths.”

This viewpoint is essential for the fabric of our society as well. The number one thing that Michael tries to impart to individuals and groups she speaks to is a message of empathy, compassion and acceptance.

“We are all human beings. We all want to love and be loved, to be accepted, to have people in our lives that make us happy. As much as we are different, we are the same. We all have our own demons and things we deal with; we’re all in the same boat. My experience is no more or no less challenging or valid than someone else’s. Each of us has the right to live a life that suits us the best, as long as we aren’t arbitrarily hurting others. It’s live and let live – with compassion.”

Visit redcross.org/about-us/who-we-are/governance/corporate-diversity to learn more about the Red Cross’ mission and vision for diversity and inclusion. 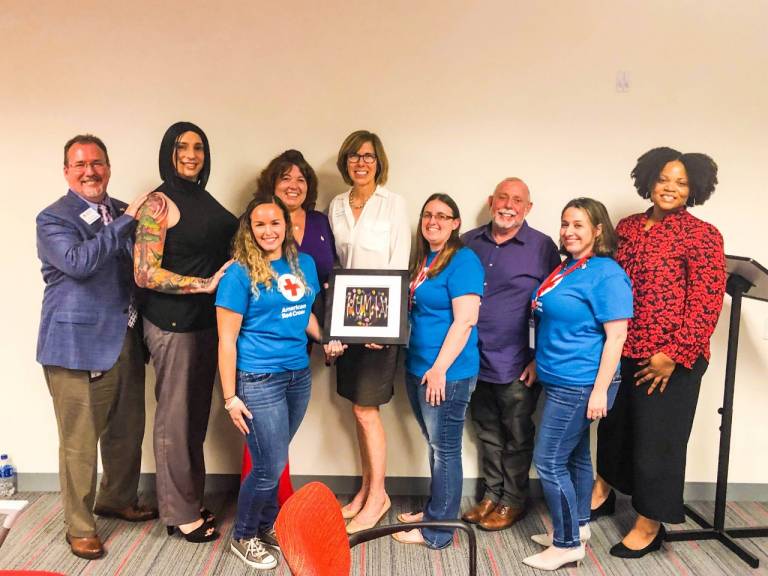 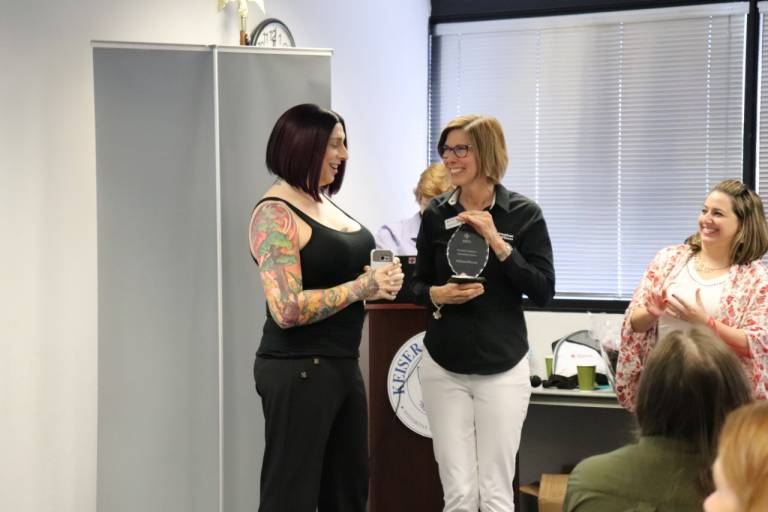 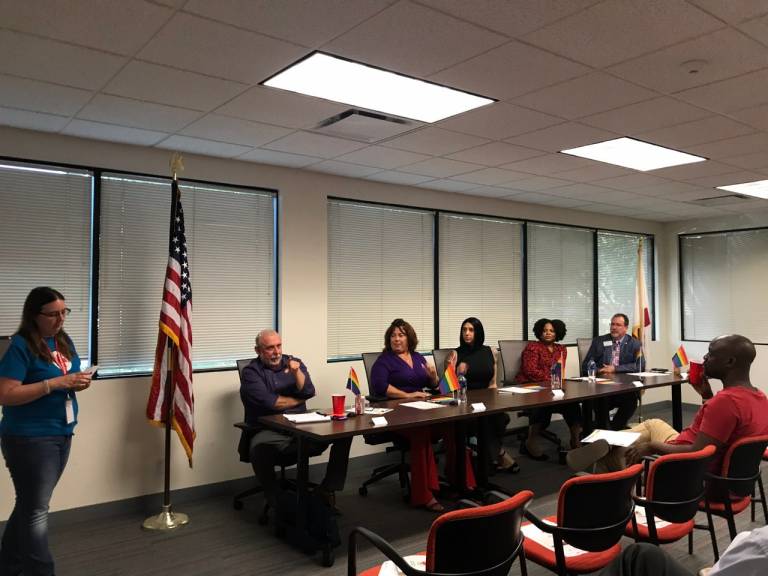 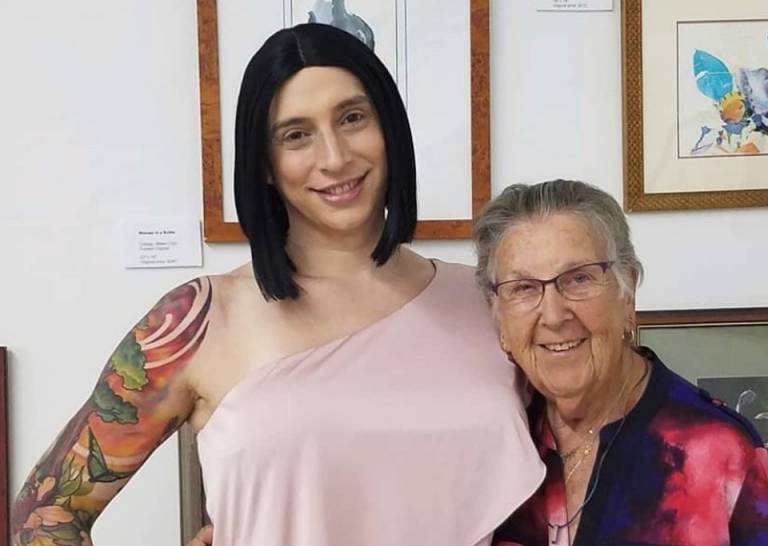 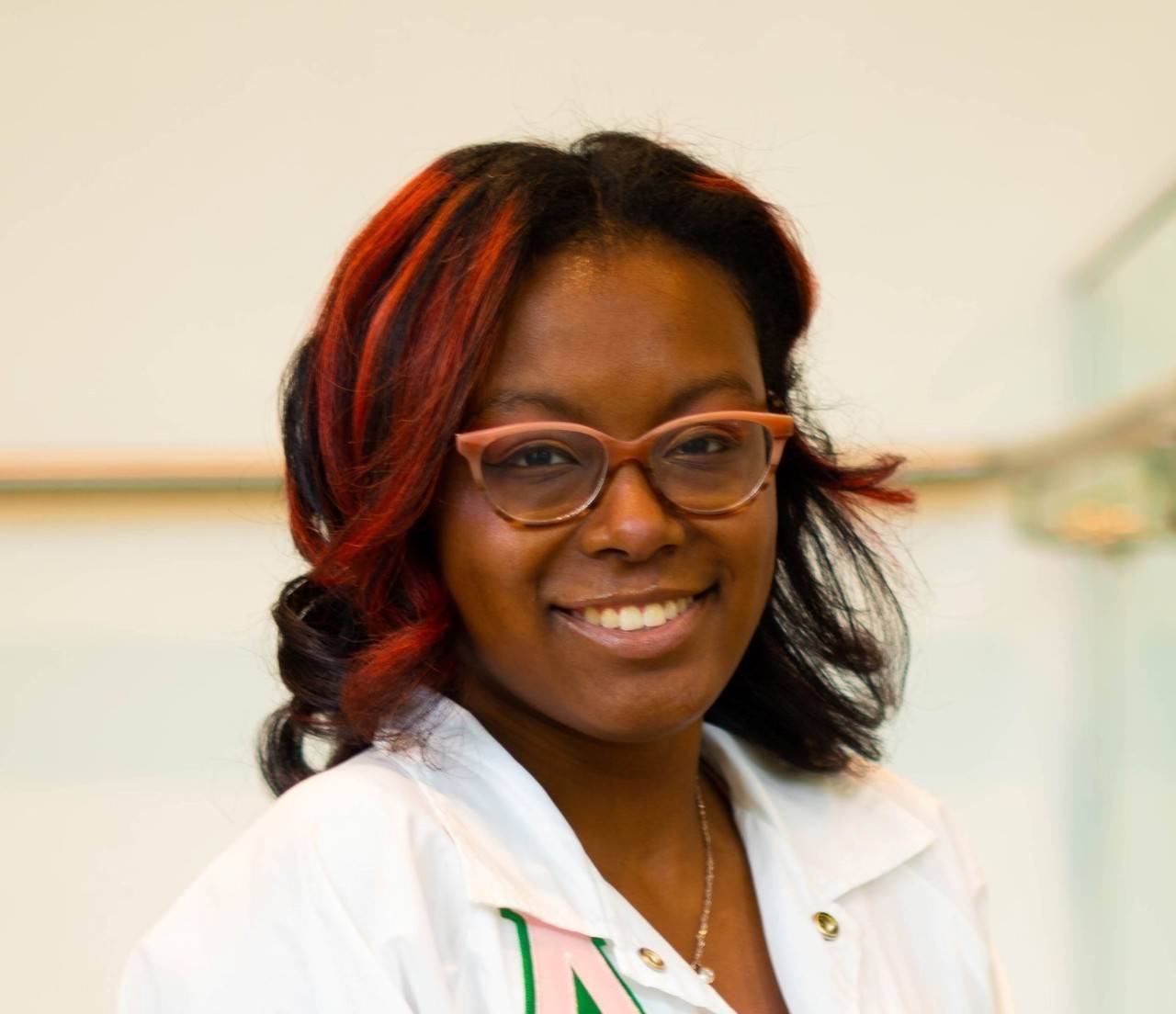 World Sickle Cell Day: Recognizing the impact of blood transfusions for those in crisis on June 19 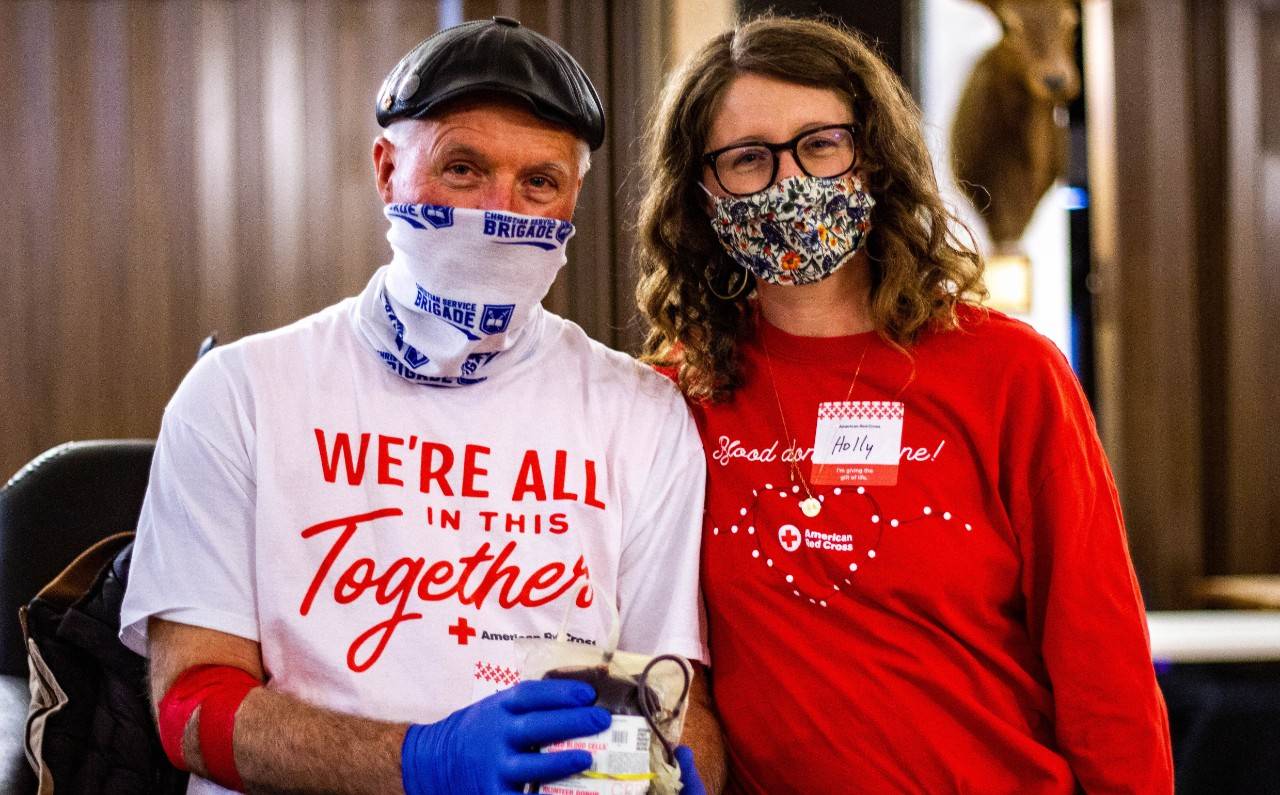 For father and daughter giving blood is a family affair 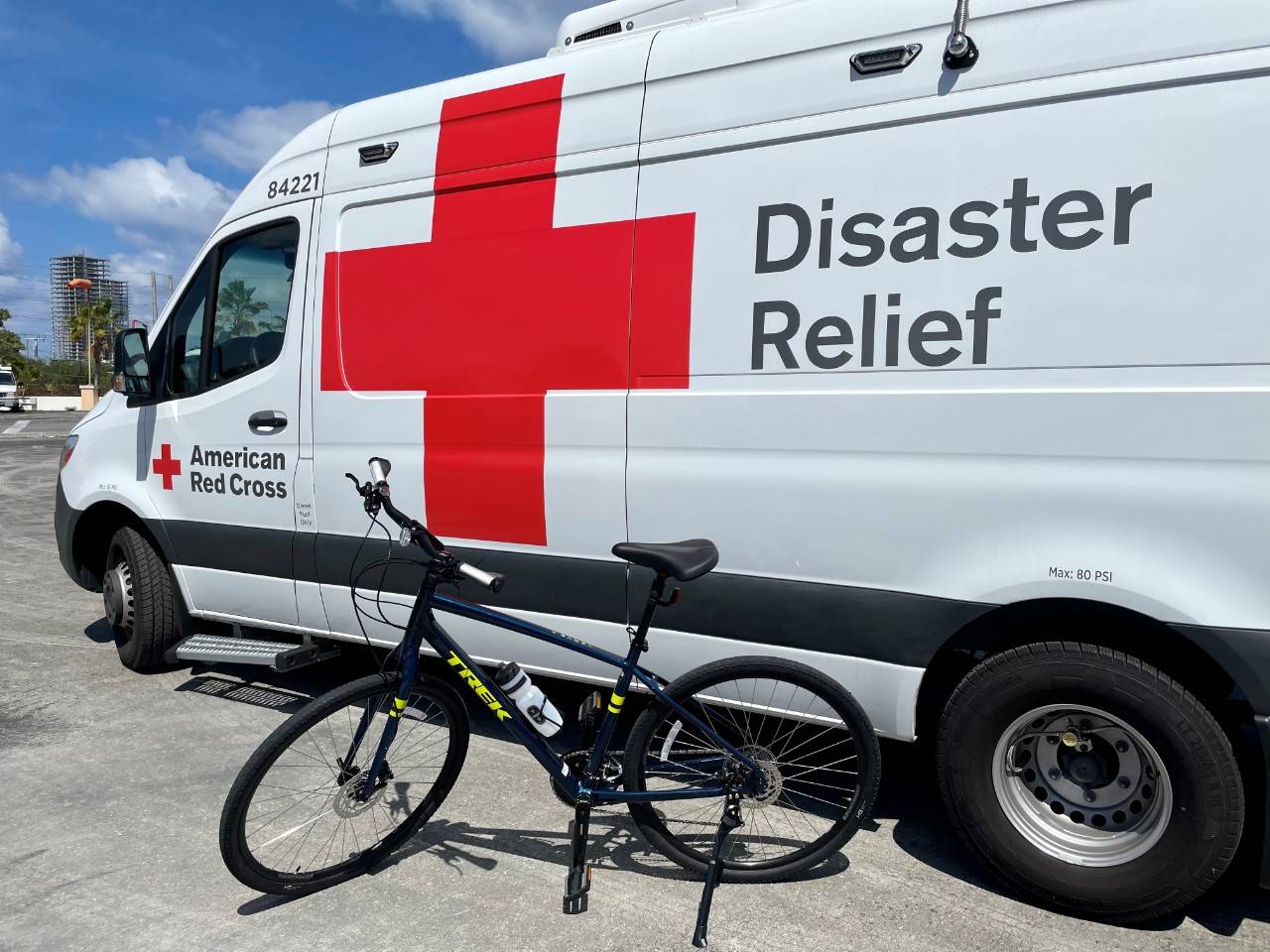 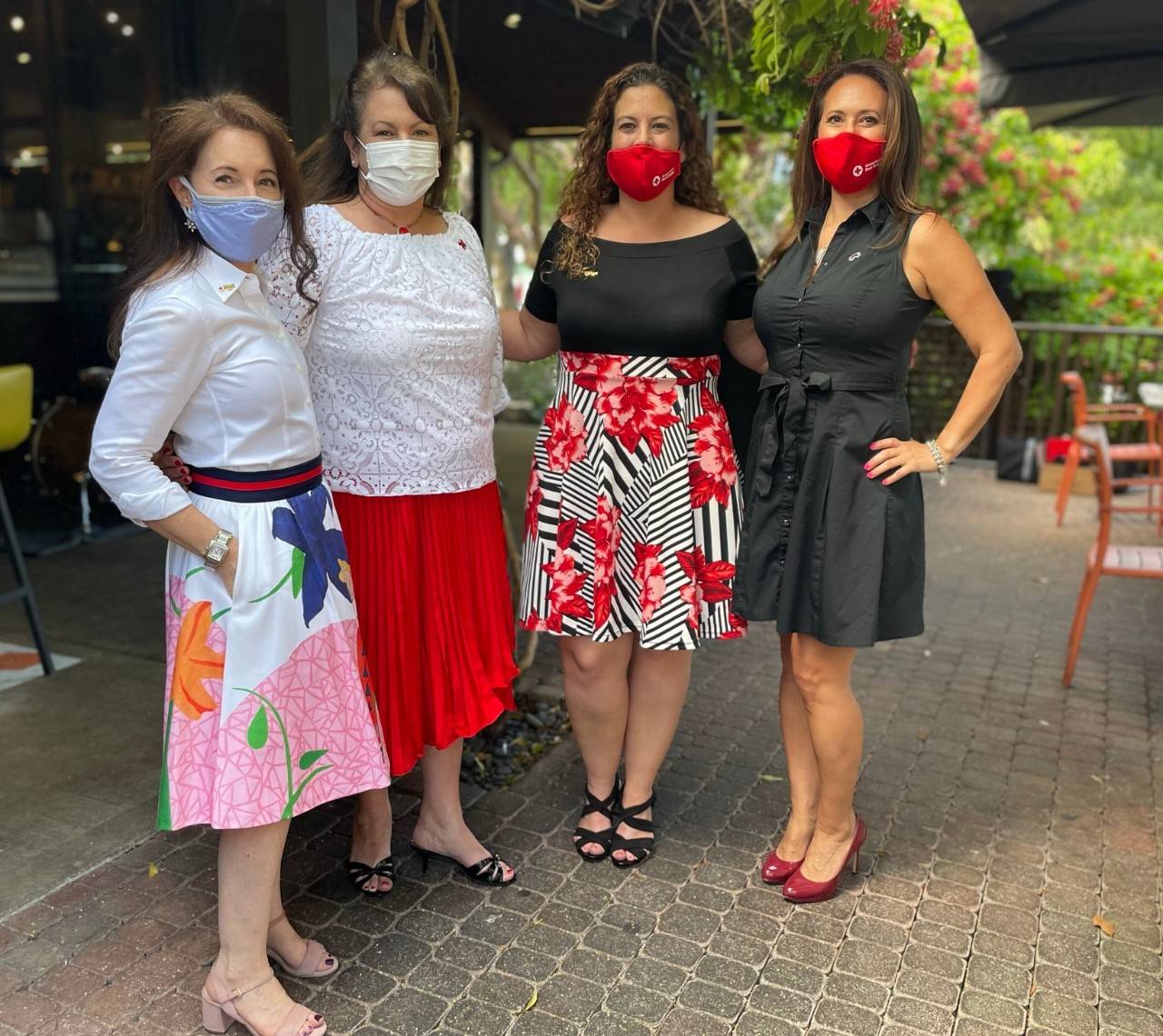 Red Cross Raises Funds for Lifesaving Mission with An Evening of Escape
.type=article.p=1
View All
/content/redcross/en/local/florida/south-florida/about-us/news-and-events/news/red-cross-celebrates-pride-month