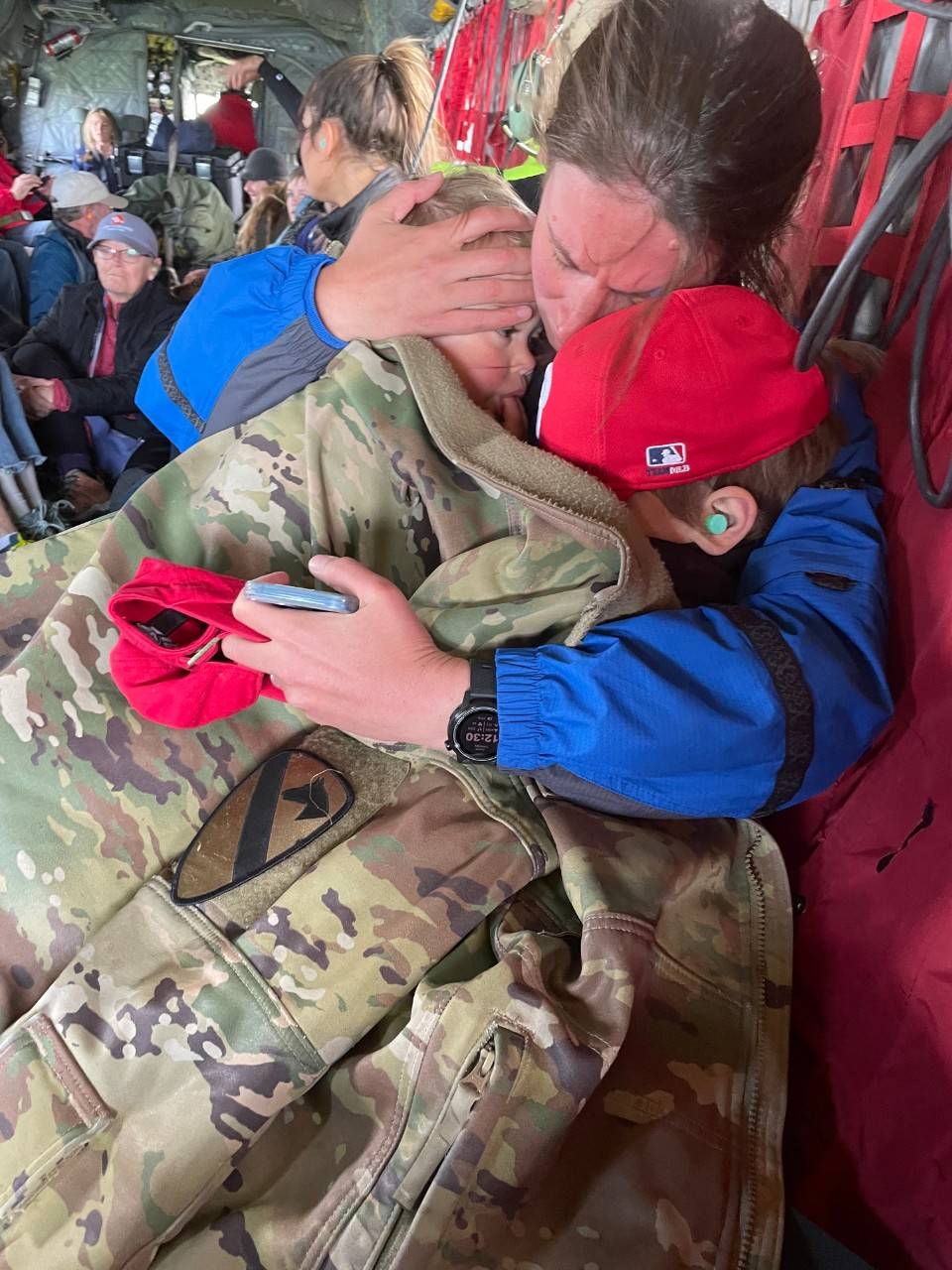 Kathryn Palmer comforts her children George, 4, and Charlie, 2, during their evacuation on a Montana National Guard Chinook helicopter. A guardsman provided a jacket to keep them warm.

When Kathryn and Scott Palmer planned their Montana summer vacation, they had no idea it would involve a hasty ride on a Chinook helicopter and a brief stay at a Montana Red Cross shelter.

The Virginia couple, who visits the state frequently, knew things were a bit out of ordinary when they arrived at their cabin in the Absarokee Mountains in southwestern Montana on Memorial Day weekend to find a foot of snow on the ground. Still, they weren’t overly concerned.

But then that snow began to melt, and the rains came. And came. And came some more, washing out the only road in or out. They and close to 50 others also staying in the area were suddenly stranded.

“We started talking about provisioning food,” she said.

Before those conversations got very far, the Montana National Guard arrived in Blackhawk and Chinook helicopters, whisking the Palmers, their two children – George, 4, and Charlie, 2 – and the other campers out of the Montana wilderness.

A photo of Kathryn during their helicopter ride hugging her boys, who were wrapped in a National Guard jacket to stay warm, is making the rounds on social media.

“It was wild,” Kathryn said.

Once the Palmers were safely on the ground in Red Lodge, Red Cross volunteer Hank Nowak drove them to the Red Cross shelter at the county fairgrounds. There another Red Crosser, Barbara Miner, greeted, calmed and comforted them.

“She was an absolute angel,” Kathryn said.

Barbara got the two boys, who were understandably shaken by the whole experience, sandwiches.

“Then she came back with a mitt full of cookies and Gatorade and water,” Kathryn said. “I felt like I just blinked and everything was at our fingertips. We had all of our family’s basic needs met, and we had the opportunity to take showers or a nap and access to anything from food and hygiene products to baby supplies.

“For a very chaotic situation, everything was so well organized and ran so smoothly.” 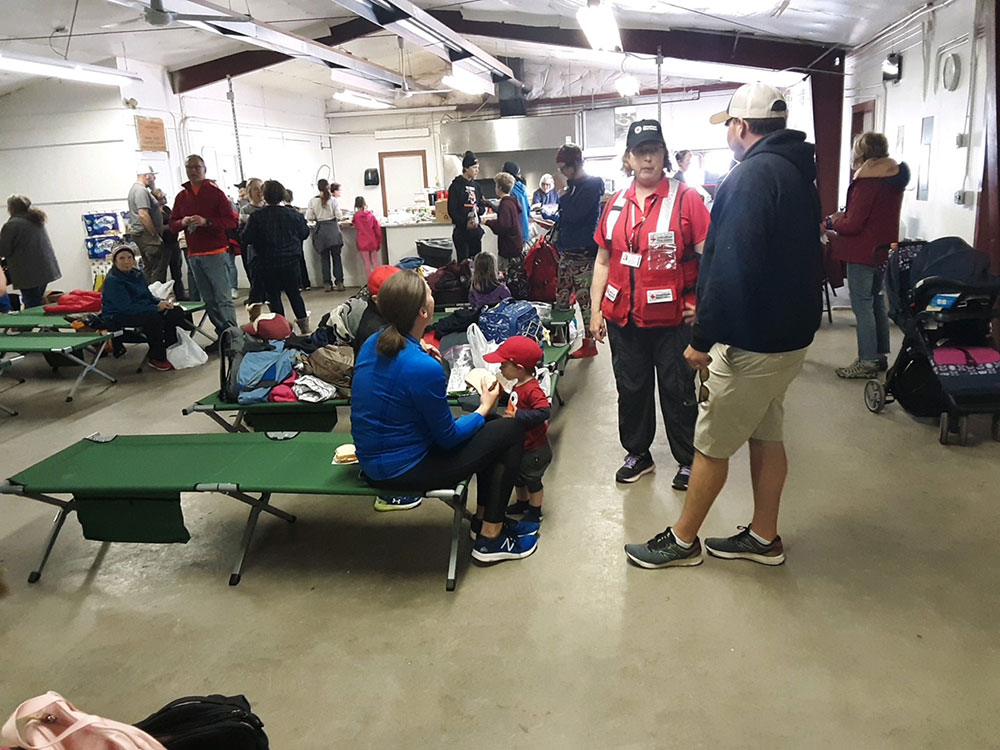 Montana Red Cross volunteer Barbara Miner speaks with Kathryn and Scott Palmer and their family after they arrived at the Red Cross shelter in Red Lodge.

The team also began helping the Palmers make arrangements to get to Billings so they could book a flight.

Now back home in the Washington, D.C. area, Kathryn said her boys are still trying to process everything they went through.

“I’ve got two young kids whose sense of safety and security was totally rocked,” she said.

Kathryn, who has been visiting the Red Lodge area since she was a child and thinks of it as a second home, is also digesting what she saw there.

“It was difficult seeing so much of Red Lodge under devastation knowing what we had come from,” she said. “The inconvenience of a road being washed out is one thing but for people to be losing their homes to flooding is quite another.”

In less than a week, Red Cross opened seven emergency shelters and evacuation centers across the state in response to widespread flooding. With the help of its partners, Red Crossers served countless meals and snacks and delivered water, cleanup kits and other emergency supplies. Now the organization is shifting into recovery phase, working with emergency officials to assess the damage and provide financial assistance and mental health care to those impacted.

And while her family didn’t end up spending the night in a Red Cross shelter, Kathryn is thankful to know that option was there if they needed it and appreciates the comfort and care they received.

“Everyone was so kind, so courteous, informed and helpful,” she said. “I am forever grateful for what felt like personalized support by the American Red Cross volunteers.”

When disasters strike in Montana, financial donations are the quickest and best way to deliver relief. Your gift helps the Red Cross provide shelter, meals, relief supplies, financial assistance and comfort to those who need it most.  A financial gift allows us to get the right assistance into the right hands as efficiently as possible.