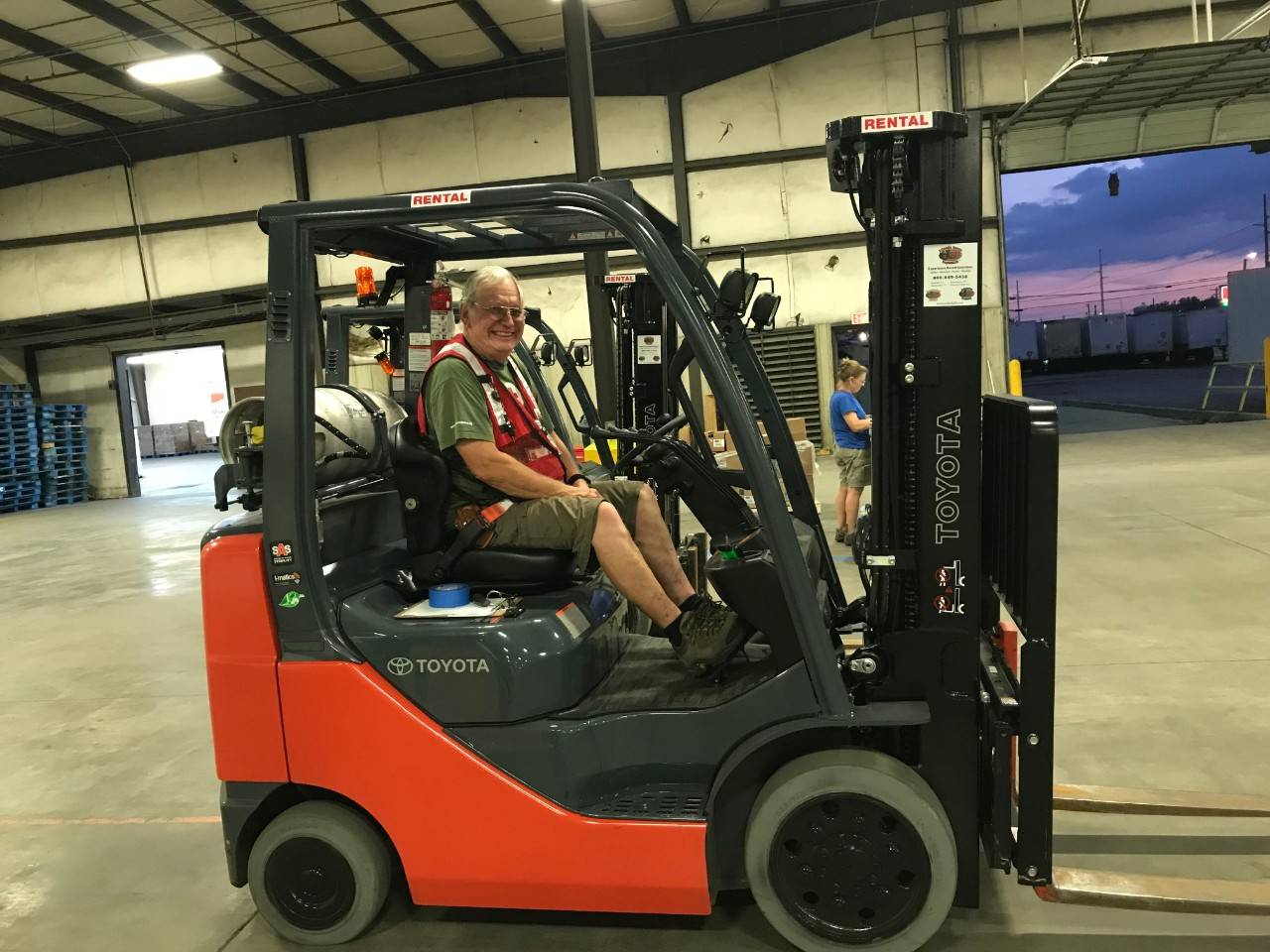 In an old warehouse transformed into a hub for American Red Cross supplies, Paul Hicks of Helena drove a forklift as his contribution to North Carolina’s recovery from Hurricane Florence.

He doesn’t see the people he’s helping in Fayetteville and beyond, but he knows he’s an important step in the complex process of donations with the people who desperately need supplies.

A disaster action team member, he’s among more than 30 Idaho and Montana Red Cross volunteers and staffers to deployed to North Carolina, South Carolina and Virginia to help those in Florence’s path.

Donations and Red Cross stocks come by the 50-foot trailer, and Hicks and his fellow forklift operators meet the semi-truck to unload and sort supplies.

When someone working in distribution puts in a request, Hicks delivers the supplies to those who will put them in the hands of those in need.

Hicks started his deployment in the rain – “All night it just poured,” he said – and began work in a small distribution center in Fuquay-Varina as many roads were blocked in the aftermath of the storm. He recalled trucks often had to take lengthy detours to reach their destinations.

During his three-week deployment, he’s seen “everything you can think about that you would need,” he said. “It’s amazing the things people donate and that the Red Cross provides.”

He works long days, typically 7:30 a.m. to 8 p.m., but forklift operation is easier on the retiree’s back than more hands-on distribution he’s done.

“It’s knowing I’m getting stuff out to people who need it, providing the materials they need,” he said.

“I enjoy getting out and helping people, and the other thing is meeting people from all over,” he said. “I’m working with a guy from New York City, drivers from Alabama, the supervisor from California.”

He’s been struck by the scale of the disaster and the Red Cross’s response.

“It’s different than dealing with housefires in Montana,” he said. “This is a major operation.”

To learn more about how you can help those impacted by Hurricane Florence or make a donation visit www.redcross.org.