Injured in crash, woman makes it her mission to donate blood

Severely hurt in crash, Great Falls woman makes it her mission to donate blood to others 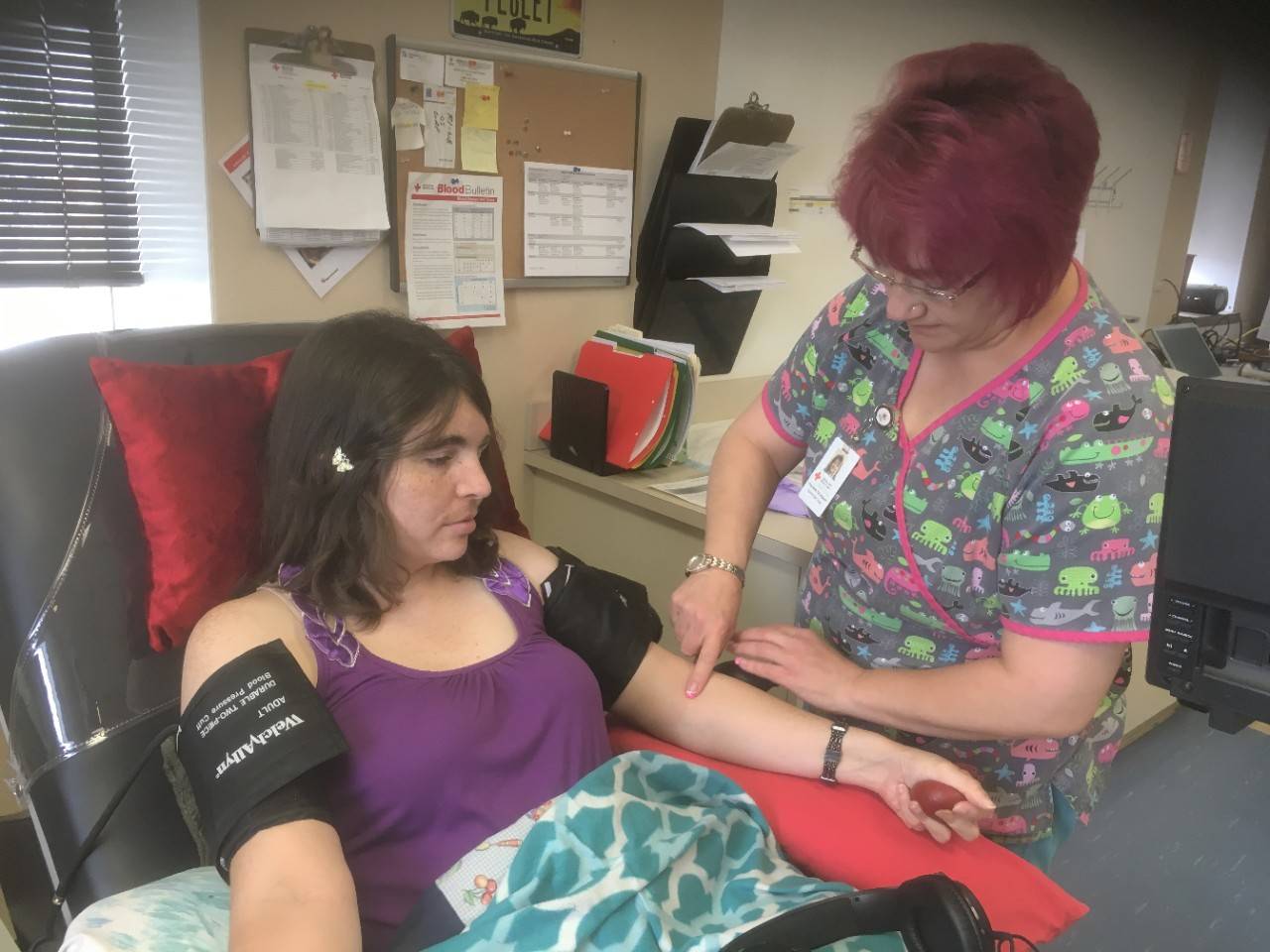 “Heaven is real, but I had enough angels here on earth looking out for me that I got to come back,” the Great Falls woman said.

Young was on her way home from Bozeman to see her family in Power in 2008 when disaster struck. Between Townsend and Helena, Young was involved in a three-vehicle crash and was severely injured. Her neck was broken, her face disfigured and her left arm mangled. Responders used the jaws of life to pry her from her vehicle before an ambulance rushed her to Helena. There she was loaded on a helicopter and flown to Great Falls. Doctors decided her best hope was to be flown to Seattle.

“I was bleeding to death out of my arm,” she said.

Young’s family estimated she needed at least nine units of blood to keep her going, blood available because of the generosity of donors like those who give to the American Red Cross.

“I barely made it,” said Young, who was in a coma for a month in Seattle and in a medically induced coma for another month in Great Falls.

Without those blood donors, her story would have turned out much differently, Young said, and now she makes it her personal mission to give that same gift to others who might be going through a similar crisis.

She donates platelets once or twice a month and whole blood twice a year and has given a little more than four gallons to the Red Cross so far.

Her accident isn’t the only reason she gives – she also does it for her grandmother Audrey, who died from leukemia in January.

“She managed to last about eight more months than they thought she would, and a lot of that was because of the platelets that were brought to her,” Young said.

Before Audrey passed, her great-grandson was born.

“She got to have memories of him that she wouldn’t have had without these platelets,” Young said.

Young still bears the wounds of her horrific crash 11 years ago. She has epileptic seizures that make it difficult for her to return to college or hold a job and can’t raise her left arm completely.

And she takes nothing for granted.

“Just the fact that I can use my left arm at all reminds me to be so grateful of all the people who donated that blood,” she said.

Right now Young is working on a novel – “it’s the best way for me to vent out my troubles and find a way to help others who are venting out their troubles” – and volunteers with her church.

“Faith has gotten me a long ways.”

And besides giving blood and platelets, she also donates her hair to Wigs for Kids.

“There’s a reason I’m back here and it is to help other people out,” she said.

In mid-June, the American Red Cross launched its Missing Types campaign to raise awareness about the unmet need for blood, and how blood donors can help save lives.

During this campaign, the letters A, B and O – the letters representing the main blood groups – are disappearing from brands, social media pages, signs and websites to illustrate the critical role blood donors play in helping patients. Platelet and blood donors of all types are urged to give to help trauma patients like Young and others who depend on these lifesaving products.

A blood donation takes about an hour from start to finish, but the actual donation itself takes only eight to 10 minutes.

Donate blood and give the gift of life