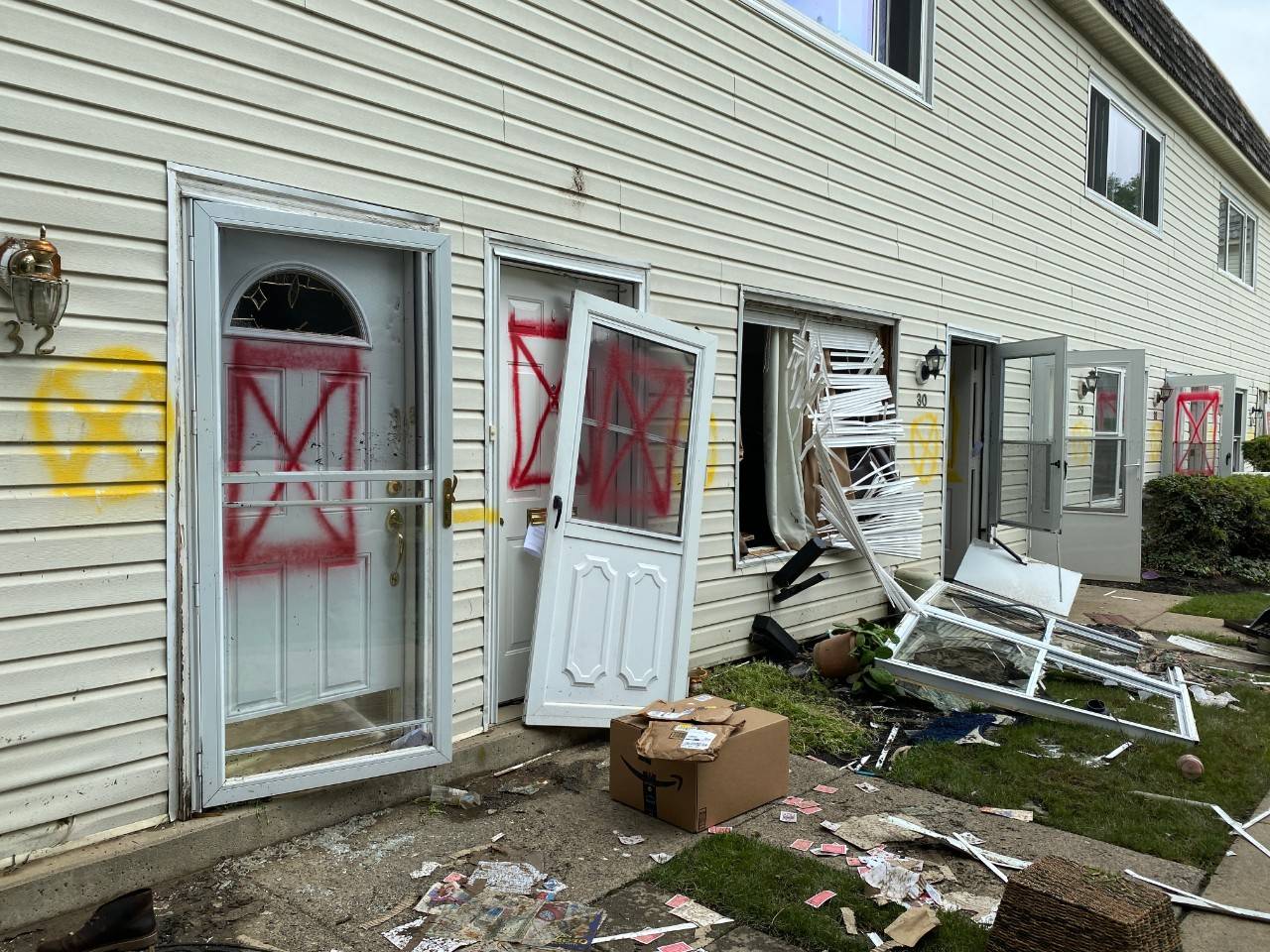 On July 12, residents in Lower Bucks County and Northeast Philadelphia experienced what the National Weather Service is now describing as a 100-year flood. Up to 10 inches of rain fell over four hours late Monday afternoon/early evening, closing major roads, flooding homes and prompting water rescues throughout the region.

Since Monday night, the American Red Cross has been on the ground assessing damage and providing disaster recovery assistance and emotional support to individuals and families. In the first 72 hours (from July 12-15), 51 trained Red Cross disaster workers provided 109 families (274 people) with emergency financial assistance for immediate needs, including temporary lodging; distributed 60 clean up kits and 109 comfort kits; and served 836 snacks.

The Red Cross operated an evacuation center at Snyder Middle School on Monday night and a community resource center Tuesday through Thursday at the Maltese Room behind Cornwells Fire Company in Bensalem, not far from the Lafayette Gardens condominium complex, which was entirely engulfed by flood water. Lafayette Gardens resident Jermaine Hoskins shared his harrowing water rescue story with caseworkers at the center.

“Sitting in my living room, I heard what sounded like rushing water coming from behind the wall. I got up to check it out, opened the door and water came rushing in,” he said.

Closing the door immediately, Jermaine ran to his bedroom to find his shoes, a difficult feat with water rushing down the hallway and already pooling in the other rooms. By the time he was ready to leave, the water had risen over the electrical outlets, and he could not reopen the door.

“I climbed halfway out my window and saw the guy who lives above me doing the same and waving for help,” he said. “I thought I was going to die.”

Jermaine estimates that it took at least an hour before he and his neighbor were rescued by boat and bussed to the evacuation center. There, he met with a Red Cross caseworker and received financial assistance, which he used to book a hotel room and buy some dry clothes.

“Thank you for what you all do. Thank you for the Red Cross,” he said. “I don’t know what I’m going to do next, but I have a place to sleep tonight, so that’s a start.”

Across town, some residents of the Regency Apartment complex were forced to evacuate as water began to pool in their first-floor units. Four of them – Laverne Owens, Evelyn O’Rourke, Howard Stevenson and Lisa Vangine – banded together to carpool to the Red Cross community resource center and became fast friends.

Laverne, a home care professional who was babysitting her great nephew at the time, took charge and made sure everyone’s needs were met.

“After this, we’re all going to the laundromat to wash our wet things,” she said. “This here’s a family now. We have a long road ahead of us, but we’ll be okay.”

All four were able to book hotel rooms for the night thanks to Red Cross assistance. And Laverne made sure that the hotel could accommodate Howard’s and Lisa’s cats and Lisa’s 10-year-old daughter Ashley.

Evelyn, age 72, reflected on the experience. “I always see people on TV in Red Cross blankets, and I feel so bad for them,” she said, clutching her own blanket. “I never expected I would need it. You just don’t know until it happens to you.”

In nearby Croydon, landlord Patricia Ludlow and her son traveled from South Carolina to help the tenants impacted by water damage at two of her properties on Main Avenue – including a single mom of three and eight women from a recovery house.

“The water is still coming in after four days!” she pointed out. “I try so hard to keep my tenants safe. I’ve been doing this for 30 years. I have just never seen anything like this before.”

Originally from Bristol Borough, Patricia partners with Good Friends Inc., a drug addiction treatment center in Morrisville, to operate two recovery houses in the area for men and women who have completed their treatment and are working to reintegrate back into society.

Red Cross disaster workers met Patricia while conducting damage assessments Thursday at her Main Avenue properties in follow up to several of her tenants applying for assistance.

“My tenants are wonderful. Thank you so much for helping them,” she said.

Down the street, Michah Wright was pumping water out of his family’s house on Thursday afternoon.

“I rented a generator and fans and have been pumping water since Tuesday,” he said, showing Red Cross disaster workers the place where rushing water broke his basement window and filled his house with 10 feet of water, submerging his family room, children’s playroom and his wife’s sewing workshop.

With no power or hot water, he’s grateful to the Red Cross for their support.

“When this is all over, I may even become a volunteer myself,” he said.

If you sustained water damage to your property and have not already received Red Cross assistance, please open a case by calling 1-800-RED CROSS.

10 Ways to Keep Your Pets Safe this Winter
.type=article.p=1
View All
/content/redcross/en/local/pennsylvania/southeastern-pennsylvania/about-us/news-and-events/news/bucks-county-ne-philadelphia-flooding