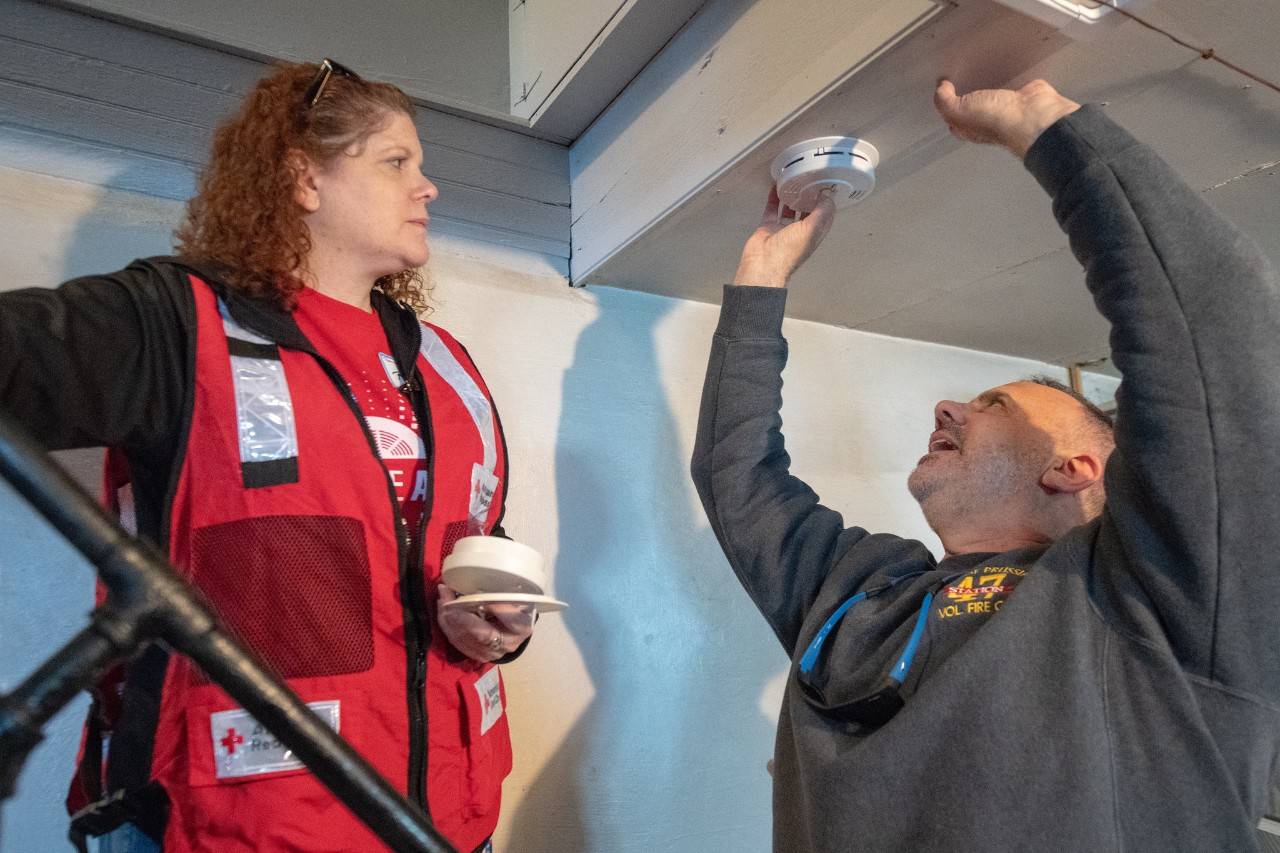 OCTOBER 2, 2019 — National Fire Prevention Week is October 6 to 12, and the American Red Cross of Eastern Pennsylvania urges everyone to practice their home fire escape plan and test their smoke alarms.

“During Fire Prevention Week, prepare your family for home fires before the holidays and cold weather increase the risk of these disasters,” said American Red Cross Eastern Pennsylvania CEO Guy Triano. “Home fires are most often caused by cooking and heating equipment, and we want everyone to stay safe. Please install and test smoke alarms on every level of your home and practice your escape plan until everyone can get out in two minutes or less.”

PRACTICE YOUR PLAN AND TEST YOUR ALARMS

For free home fire safety resources, including how to get free smoke alarms installed by the Red Cross, vsit redcross.org/homefires. Here are some simple ways you can keep your family safe from home fires:

Home fires take seven lives each day in the U.S., most often in homes without working smoke alarms. That’s why the Red Cross is working with partners to install free smoke alarms in high-risk communities and help families create escape plans through its Home Fire Campaign — which has saved at least 638 lives across the country since launching in October 2014.

Over the past five years in Eastern Pennsylvania, the American Red Cross and local partners have:

About the American Red Cross: The American Red Cross shelters, feeds and provides emotional support to victims of disasters; supplies about 40 percent of the  nation’s blood; teaches skills that save lives; provides international humanitarian aid; and supports military members and their  families. The Red Cross is a not-for-profit organization that depends on volunteers and the generosity of the American public to perform its mission. For more information, please visit redcross.org or cruzrojaamericana.org, or visit us on Twitter at @RedCross.

Get Ready for Another Busy Hurricane Season; Become a Volunteer
.type=article.p=1
View All
/content/redcross/en/local/pennsylvania/southeastern-pennsylvania/about-us/news-and-events/news/fire-prevention-week-0