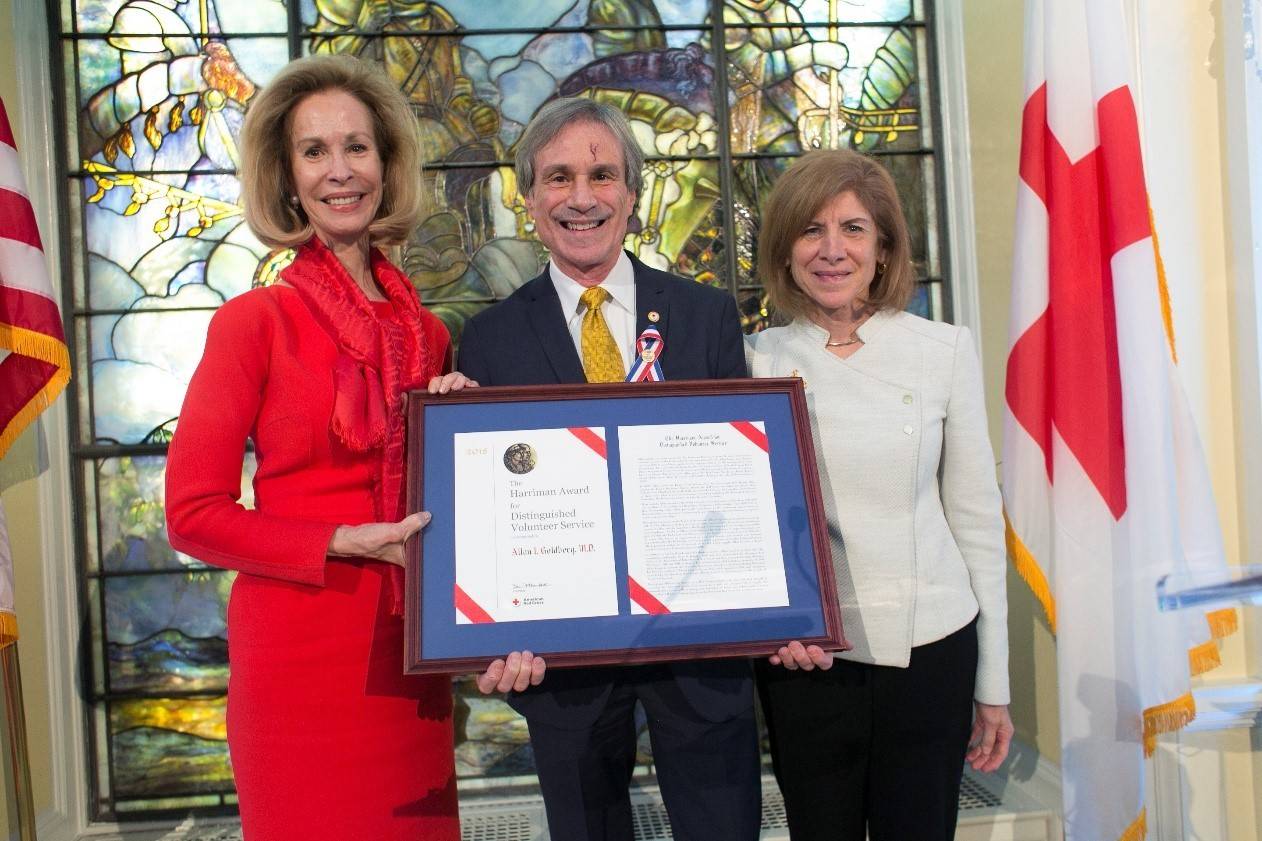 Dr. Allan Goldberg of North Wales, Montgomery County was honored in Washington last week by the American Red Cross for his extraordinary accomplishments during his years of volunteer service to the non-profit organization.

Goldberg was presented with the Harriman Award for Distinguished Volunteer Service by Red Cross President and CEO Gail McGovern. The Harriman Award is the highest recognition for volunteer service in the American Red Cross.

Dr. Allan Goldberg’s involvement with the American Red Cross spans 26 years and includes volunteer service at the local, national and international levels. Goldberg began his volunteer service in 1992 as a site blood captain for his employer, Merck, locally managing Red Cross blood drives at their Montgomery County location. Five years later, he began his 20-year tenure as Chair of the Red Cross Blood Donor Program at Merck, where he was responsible for recruiting thousands of employee blood donations.

In addition to his local and national volunteer Board service, Goldberg traveled to Haiti after the devastating earthquake there in January 2010 and represented the American Red Cross at the International Federation of Red Cross and Red Crescent Societies Statutory Meetings in 2011 and 2015 in Geneva, Switzerland and in 2013 in Sydney, Australia.

In 2011, Goldberg began to convene the American Red Cross and other charities including Physicians for Peace to establish a blood bank in Segou, Mali which opened in 2016, with equipment provided by the American Red Cross, offering a much-needed resource to the people of Segou and beyond.

Young mother thankful to blood donors who helped save her life
.type=article.p=1
View All
/content/redcross/en/local/pennsylvania/southeastern-pennsylvania/about-us/news-and-events/news/montgomery-county-man-honored