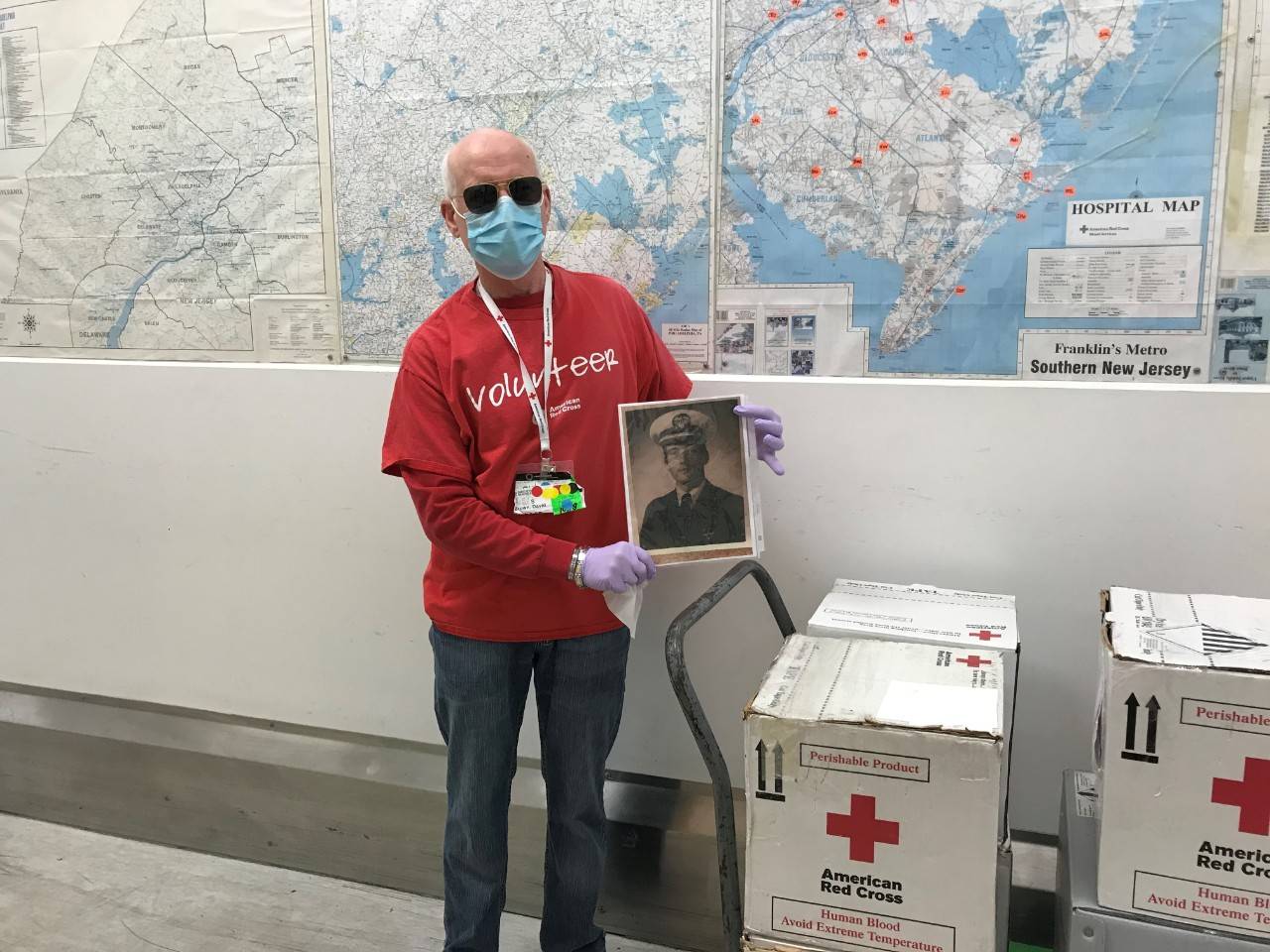 Apart from his dedication to serving, there is at least one other thing that ties together David Brown’s service in the military and decades later, his work at the Red Cross; he fell into both somewhat by chance.

Brown, who now lives just outside of Philadelphia, said he didn’t have military aspirations until a series of coincidental events in high school.

“Because of some catholic nuns I had I did extremely well on a coupl  math tests,” he said. “A principal heard about the math tests one evening when my dad was the janitor and said the Naval Academy is looking for people that are interested in math. So I ended up applying and being accepted into the Naval Academy.”

Brown successfully completed four years at the Naval Academy in Annapolis, Maryland and went on to serve six years in the Navy.

“I chose to be a pilot and I was what they call a carrier onboard delivery pilot. I flew planes to and from aircraft carries with passengers and cargo," he said.

Now Brown serves in one of the most important volunteer positions at the Red Cross doing deliveries of another kind. His introduction to the position was also somewhat coincidental.

“I’m very active in a walking club, and one of the members of our club was a pickup driver. Pick up the blood at blood drives and take them down to Philly. She got me and another member of the club interested,” he said.

Seven years into his Red Cross volunteer role, Brown is now dedicating more time than ever to the organization. Since the COVID-19 pandemic brough much of the country to a grinding halt in March of 2020, Brown said he began volunteering seven days a week to drive donated blood to hospitals where it will end up saving the lives of cancer patients, trauma victims, new mothers, and more. He says that determination to set a goal and accomplish it is one of many qualities he may have carried over from his military days, adding,“I don’t do well sitting at home with nothing to do.”

Brown is one of about 70 veterans volunteering through the American Red Cross Southeastern Pennsylvania. They continue to serve their communities through Biomedical Services, Disaster Services, Service to Armed Forces, and many other areas within the organization.

“One of the reasons I went into the service was because being able to help the country was always something I’ve been interested in. So that’s why I do a lot of volunteering,” Brown said. “There’s always a slot open, and the need is there.”

Thank You for Your Support
.type=article.p=1
View All
/content/redcross/en/local/pennsylvania/southeastern-pennsylvania/about-us/news-and-events/news/navy-veteran-continues-to-serve-by-driving-donated-blood-from-re