Plenty of learning this summer at Camp Save-a-Life

Plenty of learning this summer at Camp Save-a-Life 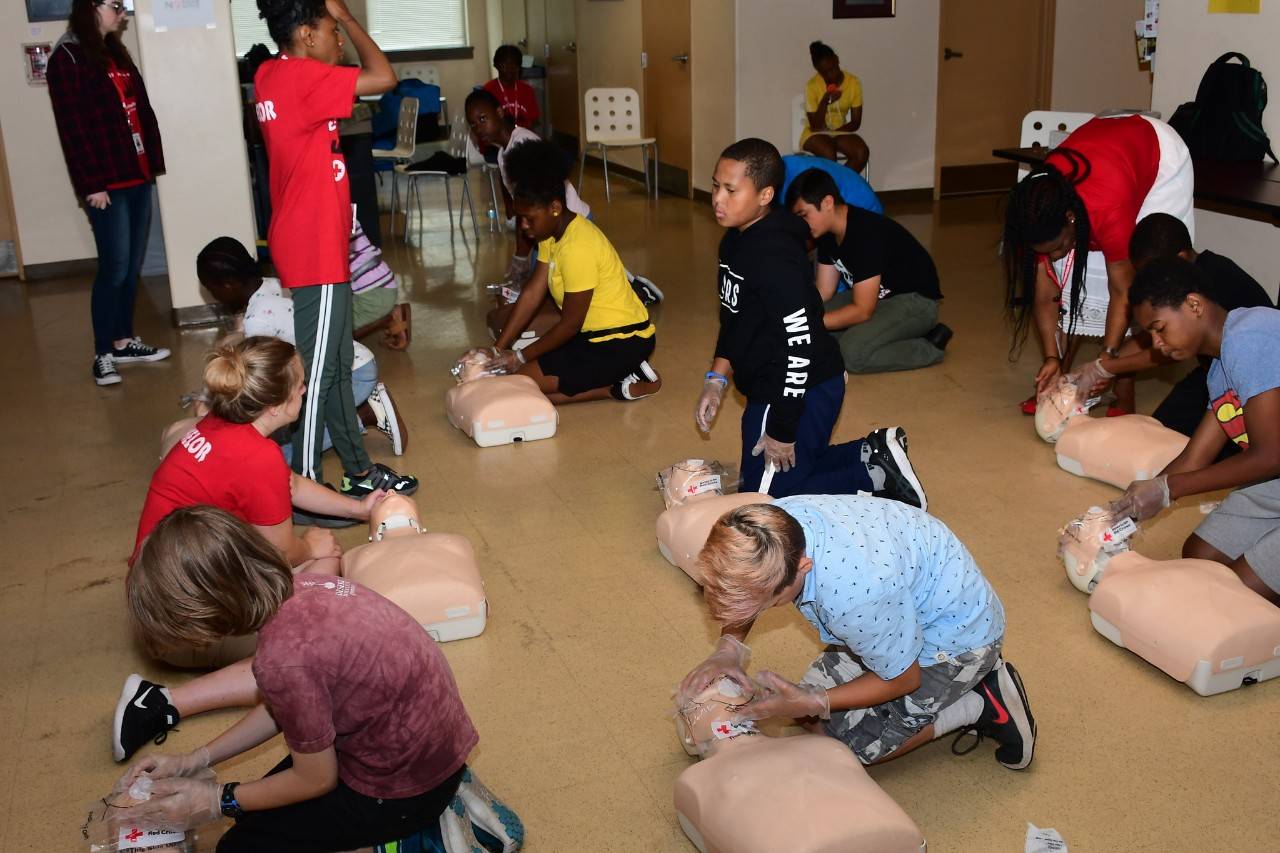 There are still a few weeks left, but already Camp Save-a-Life has already been a great addition to the normal hustle and bustle of the Red Cross House in West Philadelphia. From fire hose demonstrations to first aid classes to learning about nutrition, the first few weeks of campers have graduated with not only fun memories, but some serious safety skills too.

Camp Save-a-Life is a free, seven- week camp at the Red Cross House in Philadelphia for kids aged 10-14. It runs from late June through mid-August.  In true Red Cross form, the campers’ schedule includes water safety instruction at the local YMCA pool, Disaster Preparedness Jeopardy and CPR training as well.

Thanks to tech guru Stephanie Humphrey, who gave her ‘Til Death Do You Tweet’ presentation, the kids thought long and hard about how to shape their own brand, and how a few bad strokes of their phone’s keyboard could interfere with future scholarships and more. Valuable lessons for a generation whose lives are intertwined with social media more than ever before.

“Everything you do on the internet is searchable and recoverable,” she told the first week of campers. “It never truly goes away.”

Fridays are both exciting and bittersweet. Before receiving their certificates of completion, campers break into groups and perform skits about what they learned all week with their counselors beaming on the sidelines. After a handshake from Regional CEO Guy Triano, the kids pack up, and Camp Save-a-Life prepares for a new batch of smart, young, campers who are eager to absorb all the week has in store for them!

Giving Tuesday: Give Something that Means Something for People in Need
.type=article.p=1
View All
/content/redcross/en/local/pennsylvania/southeastern-pennsylvania/about-us/news-and-events/news/plenty-of-learning-this-summer-at-camp-save-a-life