SAF Volunteer Goes Above & Beyond

Service to Armed Forces Volunteer Goes Above & Beyond 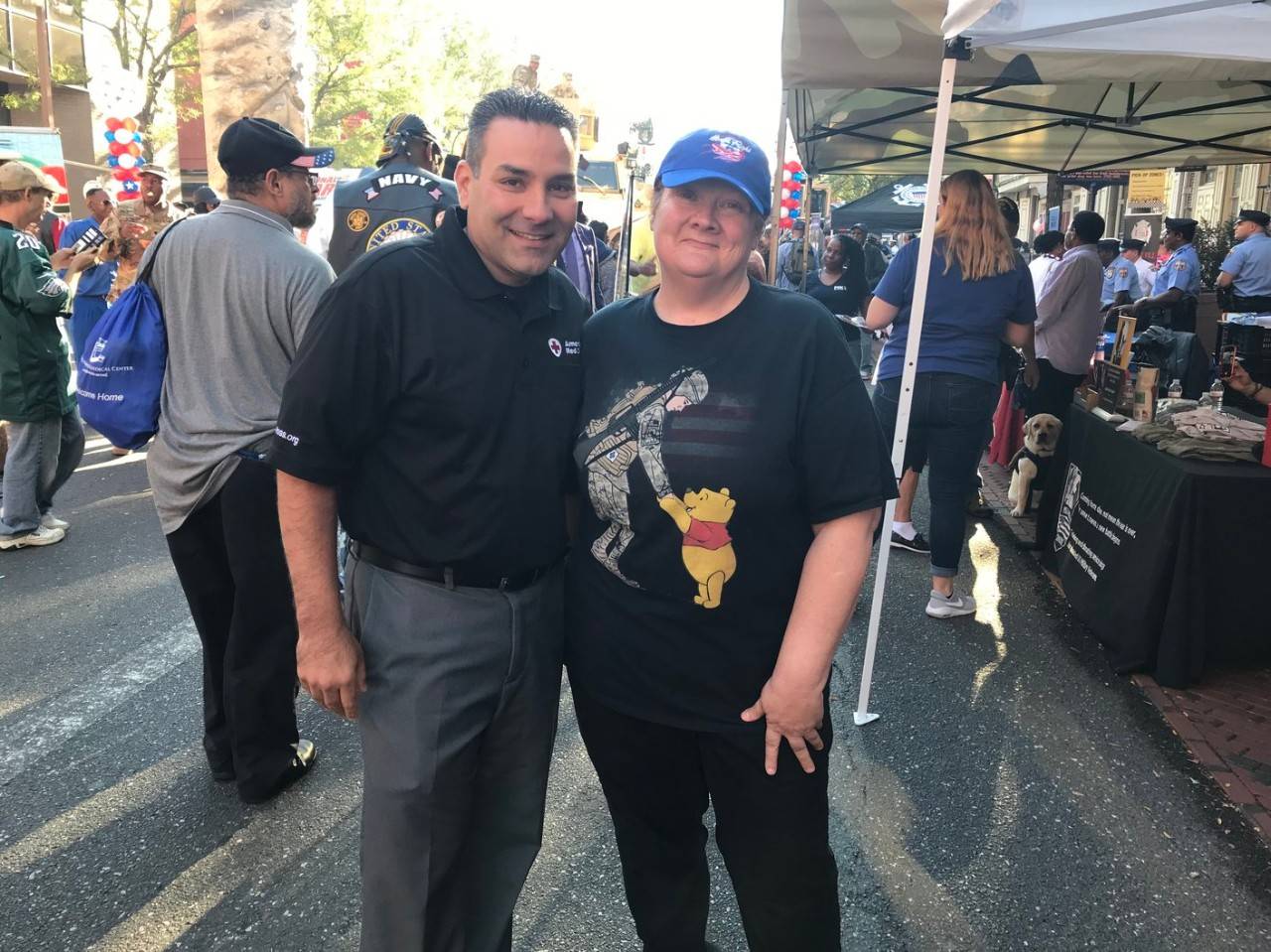 A photo of Guy J. Triano and Judy Burns at the Fox 29 Salute the Military day.

October 11, 2019 — “You are needed,” read the text message on Judy Burns’ phone. Burns, a Service to the Armed Forces volunteer at the American Red Cross of Eastern Pennsylvania, had been busy training a new volunteer at the chapter office in Philadelphia. She had stolen a quick moment to check her screen when she saw the message.

Burns, the Service to the Armed Forces Mid-Atlantic Resiliency and Preparedness Lead, apologized to the person who she was training, “I have to call him. He never calls during the day.”

The person who was trying so desperately to reach Burns was Bob Crawford of Warriors Watch Riders. He pointed her to what a Philadelphia Veterans Court employee had posted earlier that Monday. It was a plea to help find dress blues for a terminally ill Marine veteran who was now too thin to be laid to rest in his own uniform. A social worker had told him that the veteran likely had only 24-48 hours to live.

According to Burns, if the local military and veteran community needs help, she is duty bound by her role to do everything in her power to find a solution. The people in her orbit are very familiar with Burns’ determination and dedication to veterans.

“Her reputation internally and externally precedes her, her ability to get things done and follow through. The mayor knows her,” said Cathy LaFleur, the Service to the Armed Forces Director of the Mid-Atlantic Division, and Burns’ supervisor.

That’s why when news of this situation started to work its way through the military community, everyone immediately knew to call Burns. The next 24 hours would be a frenzy. Finding dress blues for a man who was six foot three inches tall with a 32-inch waist and size twelve shoes would not be easy.

Burns called military chaplains and commissary exchanges, but everything was closed. She started a nation-wide search. She checked Facebook and saw that a cover (the hat), jacket and shirt had been donated that same day. A local veteran then donated an E5 belt with a buckle, and even a pair of gloves.

Burns said she was worried about finding size 12 shoes and pants with a 32-inch waist. She refused to substitute something even slightly looser. “When he saw them, I wanted him to see that he would be wearing a uniform that fit him,” she said of the veteran she was working so hard to honor.

Her next call was to Anne Solis, Burns’ American Red Cross counterpart in the Southwest and Rocky Mountain division, who contacted Henry Roper, Service to the Armed Forces Director at the San Antonio chapter. Roper mailed a pair of shoes via UPS minutes before the store closed.

She also called Washington, DC, whose Service to the Armed Forces Director, Chris Duffley, contacted renowned Gold Star Mother, Janet Chance. The next morning the barracks commander of the Quantico base told Judy that there was a Marine detachment an hour away from the dying veteran that could drive their own supply of ribbons and medals over.

The entire uniform reached the social worker by noon on Tuesday. Before he passed two days later, the man who valiantly fought for our country was able to see the fully complete uniform he would wear when he was laid to rest.

Burns strongly believes people should work together to do all they can to always honor members of the military and veterans with dignity. For Judy Burns, those frenzied 24 hours are also simply another day in her mission to support members of the armed forces, their families, and veterans.

“I want everyone to know that this is the kind of stuff that we do every day at the American Red Cross, and how important it is to be there for our military members from before they enter the service to their final transition,” Burns said.

About the American Red Cross: The American Red Cross shelters, feeds and provides emotional support to victims of disasters; supplies about 40 percent of the nation’s blood; teaches skills that save lives; provides international humanitarian aid; and supports military members and their families. The Red Cross is a not-for-profit organization that depends on volunteers and the generosity of the American public to perform its mission. For more information, please visit redcross.org or cruzrojaamericana.org, or visit us on Twitter at @RedCross.