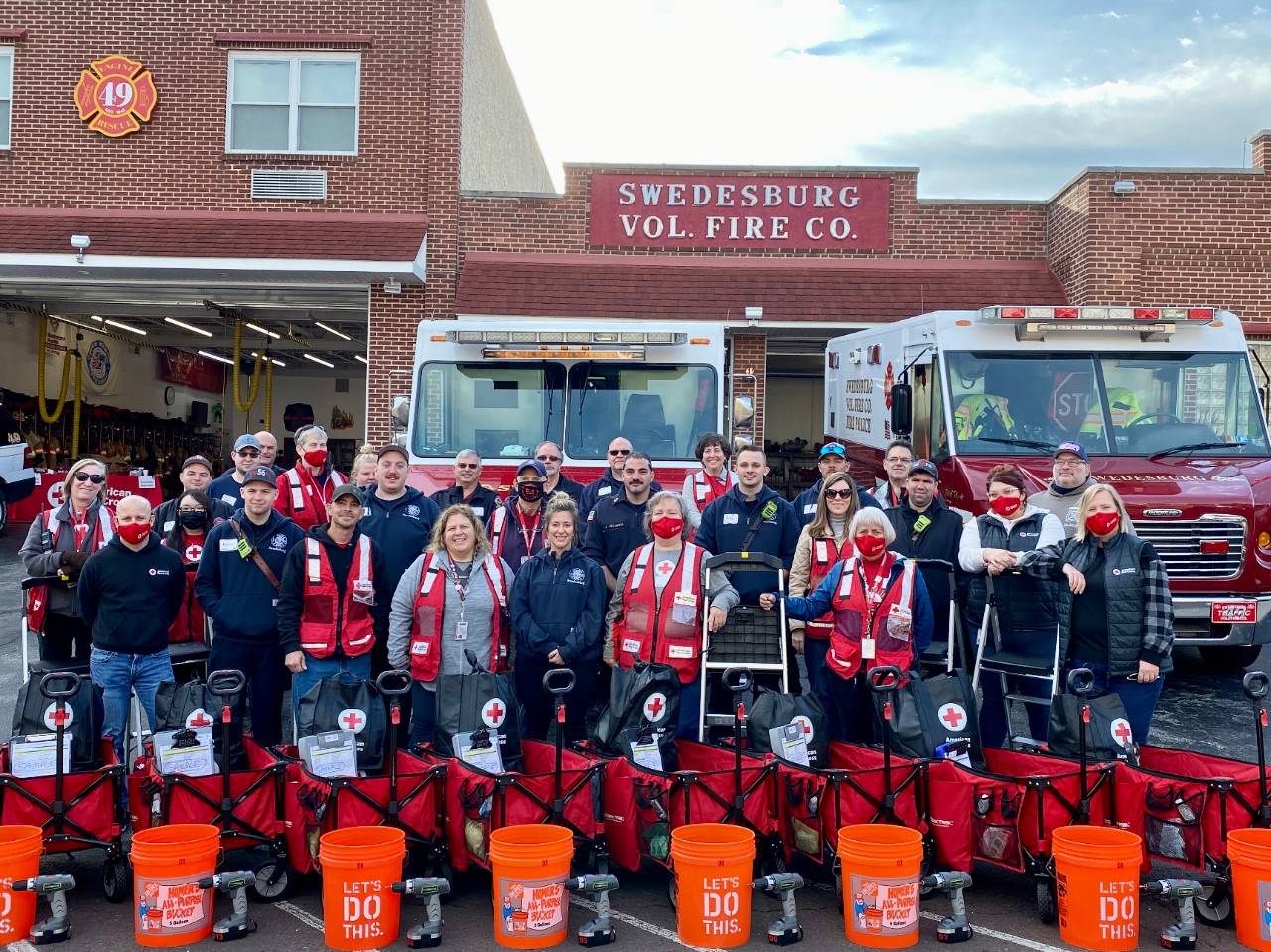 On Saturday, American Red Cross volunteers hit the streets to help save lives in Montgomery County. Joining them were members of the Upper Merion Township Fire Department, and the day’s project was to install smoke alarms and talk about fire safety with residents of King of Prussia and Bridgeport. The event was the last in a series of three this fall; combined, 308 10-year lithium battery smoke alarms were installed and 263 homes were made safer through fire safety education.

According to Dennis Rubin, Upper Merion’s Chief of Fire and EMS, partnering with the Red Cross has led to “well over 2,000 Upper Merion homes safer over the past three years.

“The National Fire Prevention Association (NFPA) has been very clear in pointing out that the technology exists in our nation to cut fire deaths in half by the installation of smoke alarms,” said Chief Rubin. “Our goal is to tap on everyone’s door and to install alarms if they’re needed. Then in 10 years, we’ll do it again.”

As fire and EMS volunteers entered homes to put up the free alarms (one in every bedroom and one on each floor), Red Crossers gave out packets of vital fire safety info and talked with family members about home fires and evacuation planning.

“We have gotten to know each other well after working in this partnership for three years,” she says. “They are very well organized and plan the logistics meticulously. We’ll continue to work with Upper Merion for the next several years as they continue their goal of reaching out to the entire township.”

Around 30 volunteers took part in each event. For some, like Selena Pham, a new Disaster Action Team volunteer from Philadelphia, Saturday’s outing was a new experience. Selena teamed up with Deb Tevlin of Montgomery County, a seasoned volunteer who estimates that she’s participated in at least 20 smoke alarm installation events.

“I really appreciated working with the Upper Merion Fire volunteers,” says Tevlin, who took part in all three events this fall. “They were very willing to walk with us and answer all our questions.”

She also commended Von Baldas for her leadership.

“Liz is always organized. She’s so consistent and is such a good leader,” says Tevlin. “She has a loyal following of teammates who step up to help, even across county lines.”

The township already has another event penciled in for spring 2022 to coincide with the annual Red Cross Sound the Alarm campaign, as well as two more in the fall.

“There are two days when you know you’re going to do good in the community—donating blood and installing smoke alarms,” says Chief Rubin, who is a 10-gallon blood donor. “And we’re doing both of those with the Red Cross.”

Since its launch in 2014, the American Red Cross’s Home Fire Campaign has led to the installation of over 2 million smoke alarms and helped make close to 950,000 homes safer. Visit the Home Fire Safety section of our website to learn more.

Giving Tuesday: Give Something that Means Something for People in Need
.type=article.p=1
View All
/content/redcross/en/local/pennsylvania/southeastern-pennsylvania/about-us/news-and-events/news/upper-merion-twp