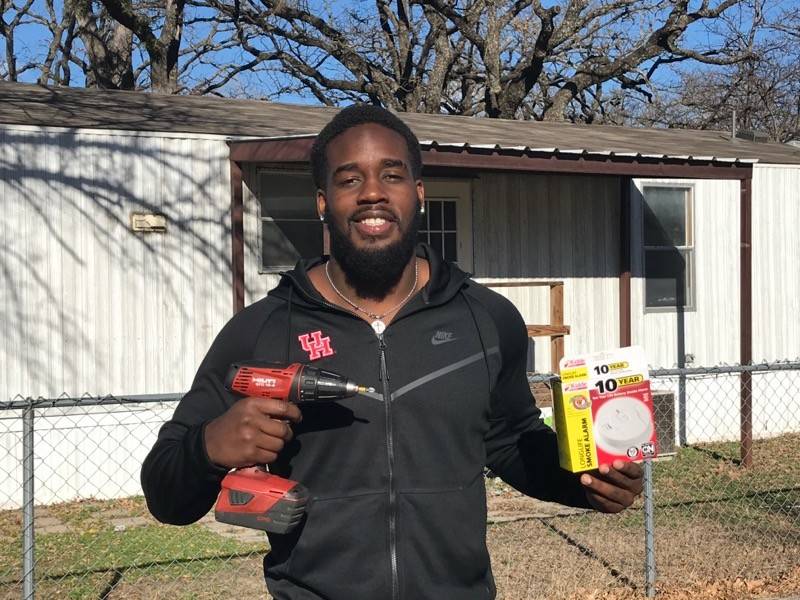 “Being able to help people and seeing the smiles on their faces makes me feel like a better person and that I know we made their lives safer.”

Johnathan Phenix, University of Houston freshman and cornerback for the Cougars

“We’re very excited to be here with our Red Cross partners, Armed Forces Bowl athletes and many others to provide smoke alarms to this community,” Lt. Mike Joiner, Arlington FD, said. “Early detection is critical in a fire event and we are excited to get out here and provide this service.”

Phenix said, “Being able to help people and seeing the smiles on their faces makes me feel like a better person and that I know we made their lives safer.”

“The Red Cross is proud to partner with the Armed Forces Bowl every year and the smoke alarm installation event has become an important part of that collaboration,” Keith Rhodes, CEO, Red Cross North Texas, said. “Watching these student-athletes, volunteers and members of the fire department work together to make our community safer is very special, especially at this time of year.” 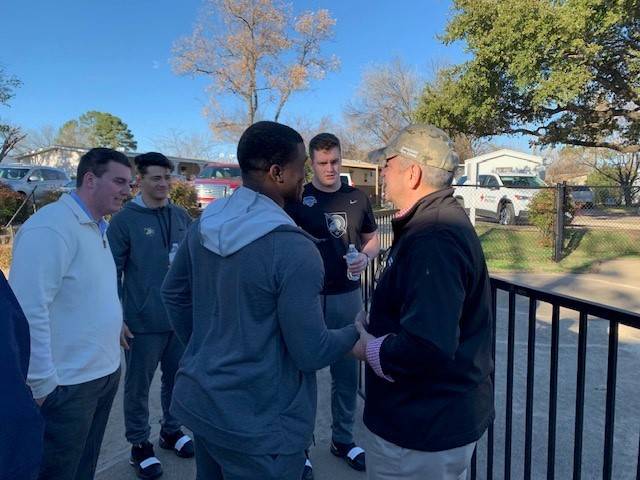 More than 486 lives have been saved in home fire in which the Red Cross had previously installed free smoke alarms, including seven in the North Texas Region. Last August, the Paris home of the Sanders family caught fire six months after a Red Cross worker installed free smoke alarms in their home. The family was alerted to the fire by these alarms, escaped unhurt and damage was contained to the bedroom in which the fire began.

In North Texas, from July 1, 2017-June 30, 2018, the Red Cross installed more than 9,500 free smoke alarms and made 3,500 homes safer. The Red Cross responds to nearly 64,000 disasters every year, the majority of which are home fires. For more information, visit www.soundthealarm.org/dfw.

For the seventh consecutive year, the Red Cross is the nonprofit partner of the Armed Forces Bowl, scheduled for 2:30 pm Saturday, Dec. 22 at TCU’s Amon G. Carter Stadium and featuring the Black Knights and Houston Cougars. Participating in the Armed Forces Bowl provides an opportunity to interact with members of the military, veterans and their families in a festive environment.

In addition to honoring a deployed service member and her family during the game, the Red Cross will host fans at the pre-game Veterans Village where volunteers will serve refreshments, help visitors download the Red Cross Hero Care app, take pictures in a military-themed photo booth and more. Click here for information.

About the American Red Cross
The American Red Cross shelters, feeds and provides emotional support to victims of disasters; supplies about 40 percent of the nation's blood; teaches skills that save lives; provides international humanitarian aid; and supports military members and their families. The Red Cross is a not-for-profit organization that depends on volunteers and the generosity of the American public to perform its mission. For more information, please visit redcross.org or cruzrojaamericana.org or visit us on Facebook and Twitter at @RedCrossDFW. 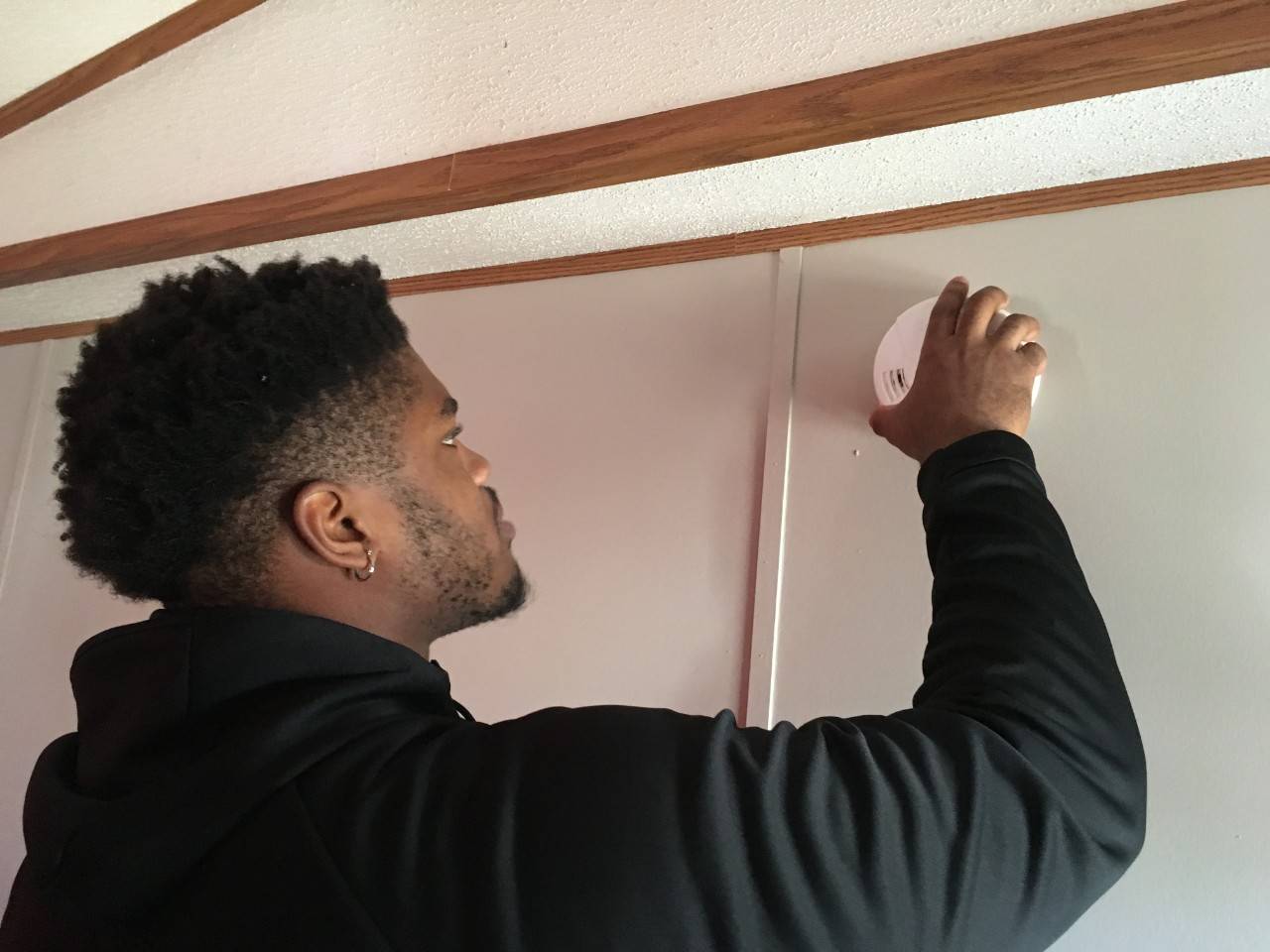 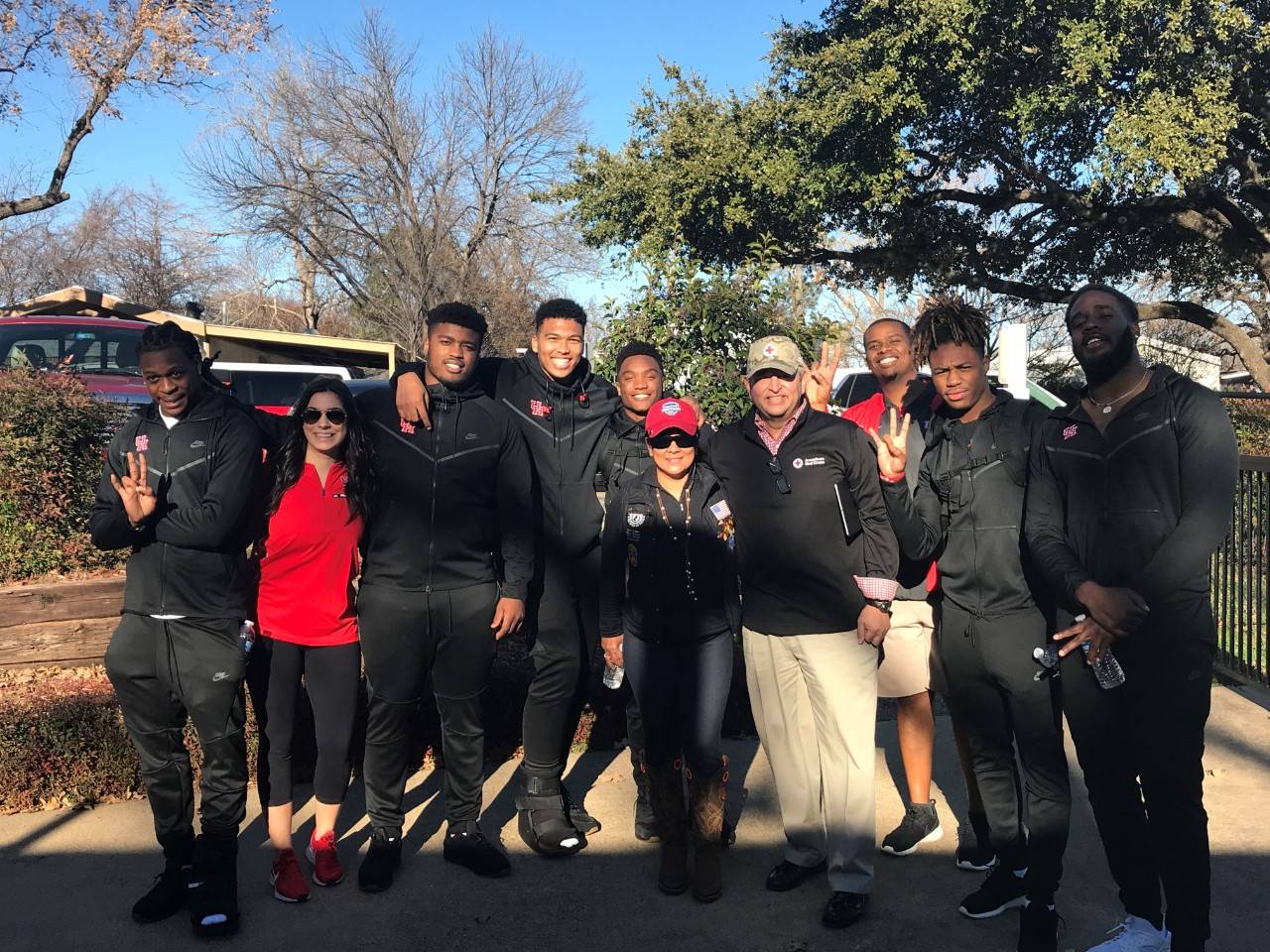 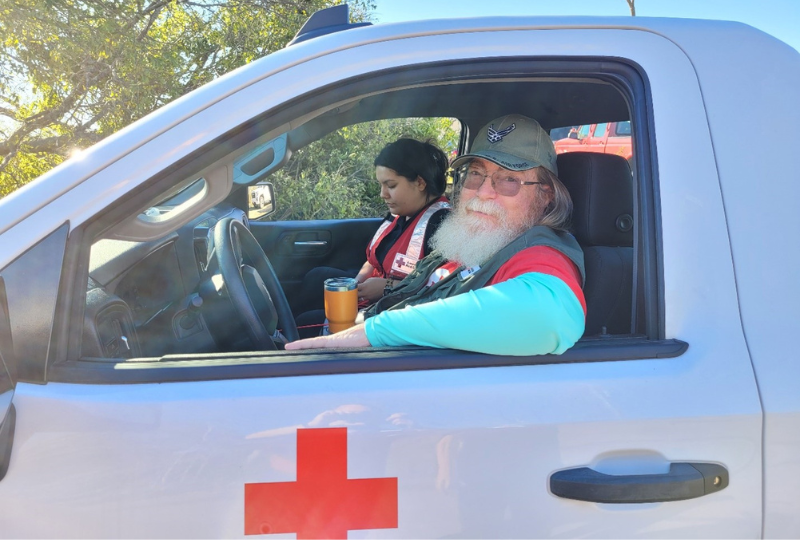