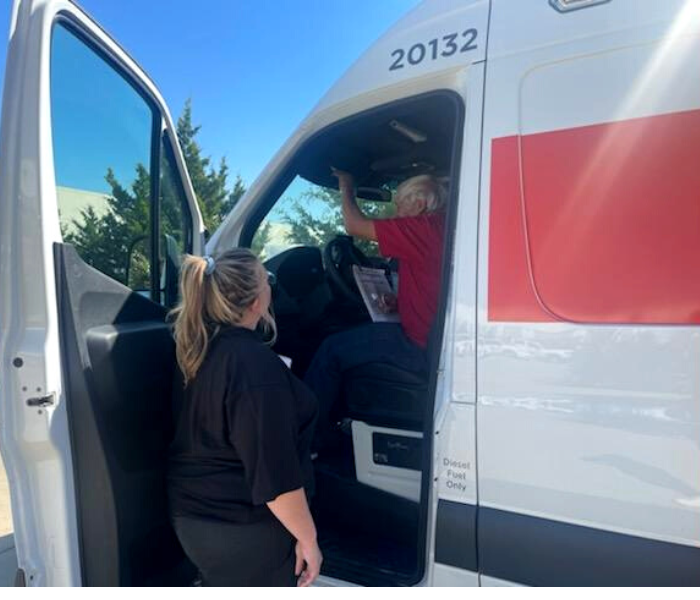 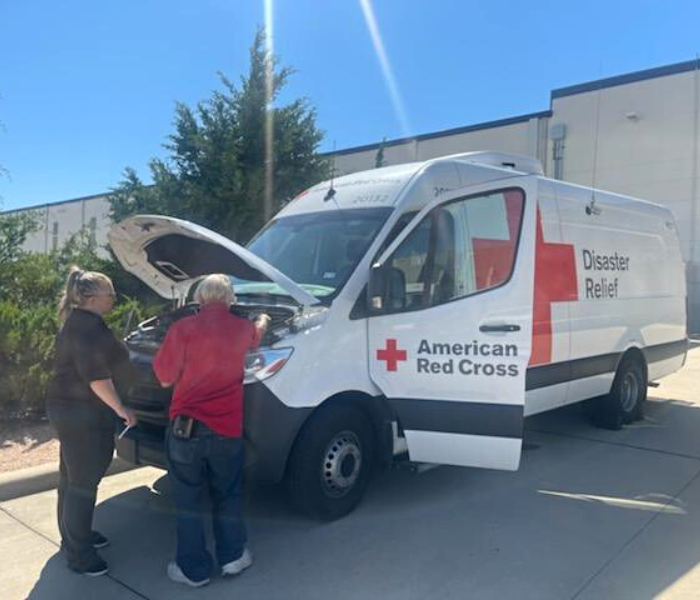 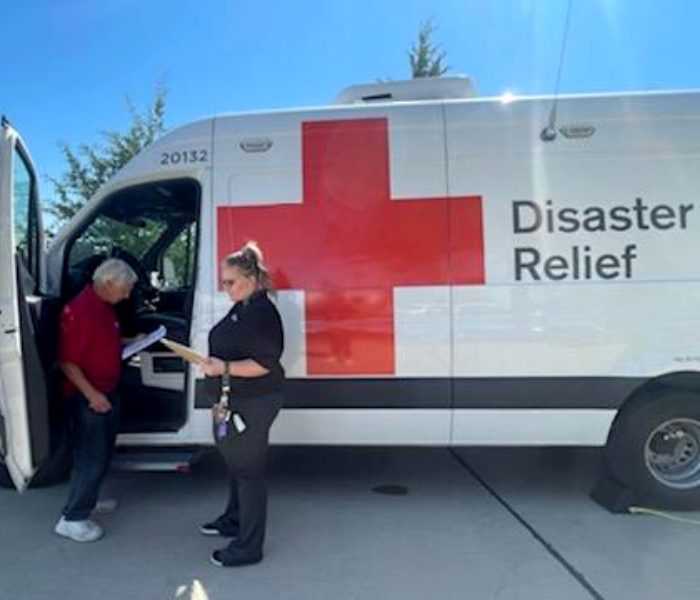 From the Panhandle to the Piney Woods, the American Red Cross North Texas Region is mobilizing to respond to Hurricane Ian as it impacts Florida. Ian made landfall Wednesday afternoon and personnel and supplies from the region are either already in Florida or currently enroute.

In Florida, Red Cross volunteers and staff will assume several different responsibilities during sheltering and relief efforts. As part of the response, the North Texas Region is sending a fleet of emergency response vehicles and drivers to Central Florida to help affected communities.

“I was like, ‘Yes, absolutely I want to go,” Alyssa Owen said when she received the call to deploy. “This is why I joined the Red Cross, to get to go on deployments.”

Owen is a Red Cross disaster program manager from Fort Worth, and this will be her first deployment. She’s driving one of the emergency response vehicles and will be among the first wave of responders from North Texas on the ground in Florida.

After receiving the call, she spent all night and the following day doing virtual and in-person training, learning how to be a driver and then getting real world experience handling the vehicle. Owen is one of about a dozen drivers currently deploying from North Texas.

More than 500 trained Red Cross responders are already in Florida. Shelter workers, including several from the region, were some of the first to arrive and are already busy providing care for those looking to escape Hurricane Ian. Some 13,000 people stayed in a Red Cross or partner shelter as of Tuesday night. The Red Cross is prepared to shelter as many as 60,000 people across the state.

“We've got several people that are boots on the ground in Orlando and Tallahassee,” says Keith Bridges, the disaster workforce manager for North Texas.

Heavy rainfall, winds gusting over 150 mph and extreme surges will affect some areas. The National Hurricane Center is forecasting life-threatening surges and flooding as Ian crosses Central Florida. The results could be catastrophic.

As the scope of disaster becomes clearer, the Red Cross will continue to work diligently to ensure that communities affected by Ian have access to the care and resources the Red Cross provides. Thanks to the compassion of donors and responders, like Owen, the Red Cross is prepared to mobilize additional resources to help those in need.

“I was one of those kids who always knew what I wanted to do and that was [respond to] disasters,” Owen says. “It sounds really cheesy, but when the tsunami happened in 2004, I was in middle school. I was about 13, and I remember watching it on the news. I called my mom and I told her, ‘One day you're going to wake up, you're going to see a disaster on the news and you're going to know that I'm already on my way there.”