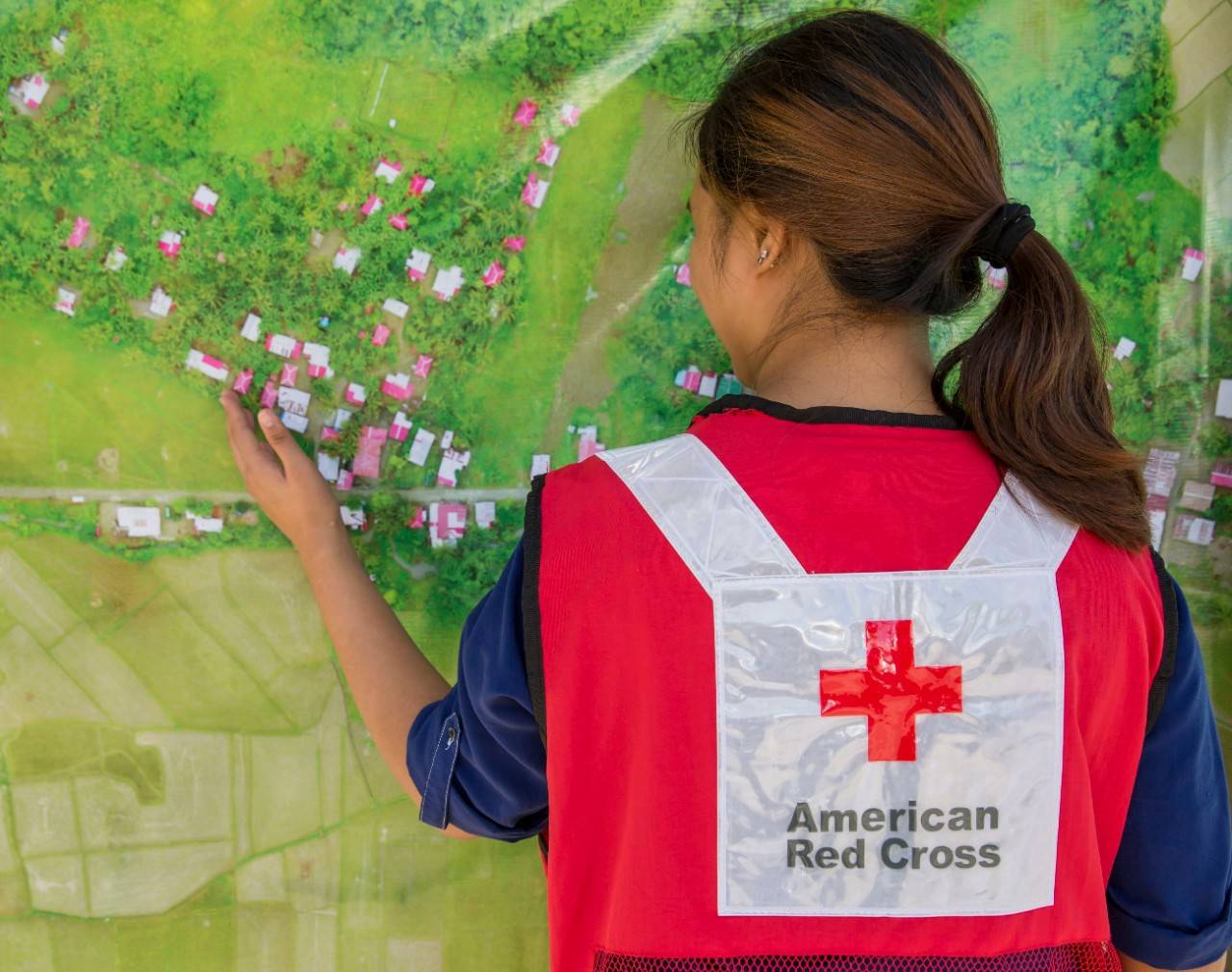 The Missing Maps project puts vulnerable communities around the world on the map to help humanitarian organizations plan risk reduction and provide aid and relief during disasters.

“I like to make an impact in the ways that I can, because I feel like as a high school student, you don't really feel like you're capable of doing that much in terms of having the opportunity to do things that make a difference. The Red Cross has given me a gateway to do things like that.”

Each year, disasters around the world devastate millions of people. But many communities are missing from the maps that responders use to deliver lifesaving aid. To respond to disasters across the globe, the American Red Cross needs to know the areas they are helping. This can prove to be difficult, especially when the places with the greatest need are not mapped online.

Enter Missing Maps, an international project led by the American Red Cross and partner organizations, which works toward a common goal of creating accessible map data wherever humanitarian organizations work around the globe. The project has three essential steps: remote volunteers trace satellite imagery, community members add local details such as neighborhoods or street names and humanitarian organizations use the data to plan disaster response activities.

Youth volunteers at the Red Cross, like Neha Abbas, help with step one. Abbas is the Special Events Lead on the Youth Advisory Council for the Red Cross Southern California Region, and started at the Red Cross in summer 2020. She was going into her junior year of high school and looking for a volunteer opportunity, and also had a lot more time given it was the first summer of COVID-19.

“I like to make an impact in the ways that I can, because I feel like as a high school student, you don't really feel like you're capable of doing that much in terms of having the opportunity to do things that make a difference,” Abbas said. “The Red Cross has given me a gateway to do things like that.”

Abbas said that involving local youth volunteers with the Missing Maps project was a concept pioneered by her predecessor. Many youth volunteers were struggling to adapt to a virtual world and engaging with fellow volunteers when they couldn’t meet in person due to COVID-19 safety precautions. So, the group talked with a national coordinator of Missing Maps, and within 20 minutes, learned how to use OpenStreetMaps, a volunteer-driven open data mapping platform.

It’s very simple to use. Users mark off buildings and other structures on satellite images by tracing their outlines on the computer. After this step, a representative from Missing Maps checks and verifies their work. Even companies like Google, Uber and Lyft also use the data for their online maps.

Volunteers have focused on areas in Zimbabwe, Rwanda, Malaysia, Vietnam. The team at Missing Maps tell volunteers where the greatest need is and the areas to map, from Zimbabwe to Rwanda to Malaysia to Vietnam. Volunteers can also choose parts of the world they want to map, and find plots of land that haven’t been mapped yet. Using OpenStreetMap, volunteers like Abbas have put millions of people from high-risk countries on the map since 2014.

Local Red Cross youth volunteers frequently participate in an event called Service Saturdays, which are Saturdays during which they perform a wide array of service projects to help further the Red Cross mission. During some of their monthly Service Saturdays, the Youth Action Committee teaches volunteers about Missing Maps through Zoom, and “let them run free,” as Abbas puts it. The whole meeting, which usually has between 40 to 100 people, takes about an hour and a half, and the initial training takes around 30 minutes.

“It's been a pretty big hit because we have a lot of attendance and a lot of people coming, a lot of map edits made,” Abbas said. “I think it's good because I think like as teens, a lot of us, we don't have cars, our parents might be working. We're all quite busy with other things, in school and colleges and all that. And so I think having a virtual event, that's something that anyone can do out of the comfort of their own home, is really beneficial, even outside of COVID times.”

If a person has already completed the training prior to the meeting, then they can jump right into mapping the specific area. During the meetings, Abbas and others will separate people into different breakout rooms and have a competition to see which room can map the most.

“That's a fun way to add some spice and flavor to it,” Abbas said. “And it's also really fun just being in the breakout rooms because we play music, just talk about random things while we're mapping and it's just a fun experience.”

Their last project was in October. The group mapped Sragen West, Indonesia, which is near a shoreline and is prone to floods. In total, the group mapped over 2,000 buildings. Using the data gained from remote mappers, such as how many people live there and how many homes there are, the Red Cross and other humanitarian organizations can plan their response to natural disasters and allocate their resources more efficiently in the area.

“It's really just so rewarding to be part of the growth and development of our young leaders, both professionally and personally, and being able to help support them in their learning of life, how to get from Step A to Step B, how to plan an event from beginning to finish,” said Solis. “I don't think that I create anything; I think it's all innately there within our youth volunteers.”

Because the sign-up process for the Missing Maps project can take up to thirty minutes, Solis encourages volunteers to go through this process prior to coming to a meeting, so that they can get started more quickly.

“I'd also like to give a shout-out to my committee,” Abbas said. “It's the first time being in a leadership position and working at the Red Cross and I think they did a really great job. I think the volunteers that come normally do a really great job of picking it up quickly.”

To learn more about Missing Maps, including how you can get involved, visit MissingMaps.org. To become a Red Cross volunteer, visit redcross.org/volunteer.