Saving Lives One Appointment at a Time

Saving Lives One Appointment at a Time 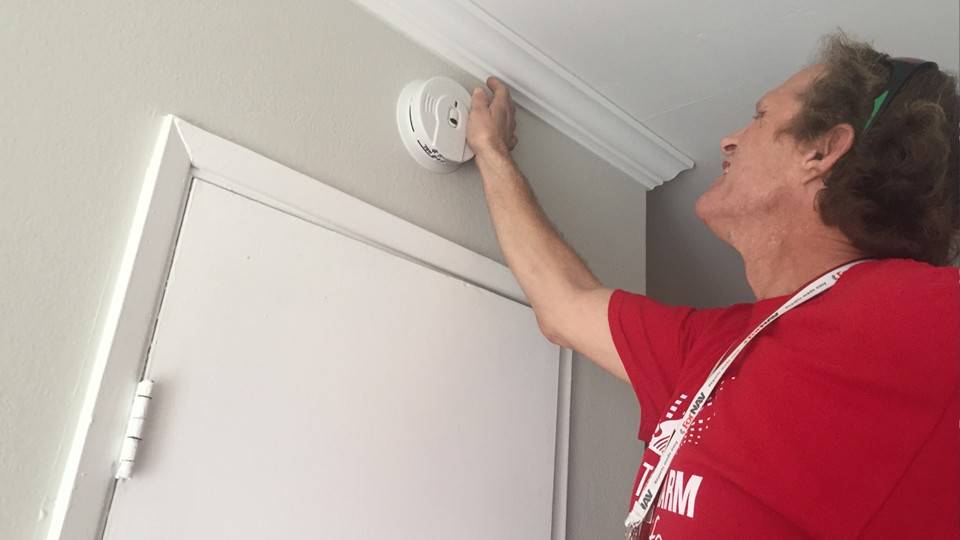 “This is a great program and it is not about if we are reducing death and injury, it’s a matter of how many lives are spared.”

Many Americans grow up learning the procedures for proper fire safety in their schools, at work, community centers or other areas of public life which, in theory, means at the very least that they have placed smoke alarms in their homes. However, a recent survey conducted by the American Red Cross found that although many Americans are exposed to proper fire safety training, at least 40 percent believe that they are more likely to win the lottery than to suffer a home fire.

Although Americans overwhelmingly believe that smoke alarms can save lives, sadly one out of every 10 people has to sacrifice buying other essentials in order to purchase them. That is why in 2014, the Red Cross launched the Home Fire Campaign to bring together volunteers and community partners to help develop escape plans and provide free smoke alarms to those who need them the most.

Each year, the American Red Cross responds to nearly 64,000 disasters, the majority of which are home fires. The American Red Cross of San Diego/Imperial Counties is called to respond to a local disaster or emergency nearly every 24 hours, again mostly  home fires. These fires are serious incidents far more common than most Americans believe. Each day, seven people die and 36 people suffer injuries due to home fires and the largest number of deaths and injuries occur in young children and older adults.

In fact, a typical year finds that home fires kill more people than all natural disasters combined in the United States.

In order to help reduce the number of fire-related incidents in the area, free in-home smoke alarm installations are now offered throughout San Diego & Imperial Counties by appointment as well as during larger Sound the Alarm events that bring large numbers of volunteers together to focus on installing smoke alarms in pre-determined neighborhoods. This service is not just about installing smoke alarms but also about fire education.

“We educate and install; giving people the tools to prepare, respond and recover,” says local Red Cross volunteer Rick Krukowski, who is the driving force behind the appointment-based installation project. “We don’t just throw smoke alarms up and leave, we educate. This is a great program and it is not about if we are reducing death and injury, it’s a matter of how many lives are spared.”

When installation teams enter a home, they focus on checking existing smoke alarms and installing additional alarms throughout the home as needed. The alarms placed in homes by the Red Cross are equipped with a 10-year lithium-ion battery and once installed, the functions and features of the alarms are reviewed with residents.

One resident explained the reason behind placing herself on the list, “I got an article out of the Union-Tribune from the American Red Cross and it was all about safety and survival. It’s inside my emergency box because it has such great information. We had a major remodel due to flooding and when we got to the end we realized that we didn’t get any smoke alarms. At that point, we couldn’t afford them and somebody told me about your program so I called and put my name on the list.”

During the installation appointment, team members are on hand to offer fire education which focuses on creating escape plans, reviewing home fire and wildfire safety as well as answering any questions residents may have. Through the nationwide Sound the Alarm campaign, over 474 lives have been saved. Locally, nearly 18,000 free smoke alarms have been installed throughout the region between 2014-2018.

If you or someone you know would like to receive a free installation, please visit soundthealarm.org/sandiego to make a request.

If you would like to contribute in other ways, you can join the Red Cross by volunteering to install smoke alarms in your community, making a financial contribution, or taking steps to protect your own family from home fires. Together, we can Sound the Alarm about fire safety and help save lives.