Wildfire Preparedness is Bonus of Red Cross Sound the Alarm Events, and Sparks a New Career for One Participant 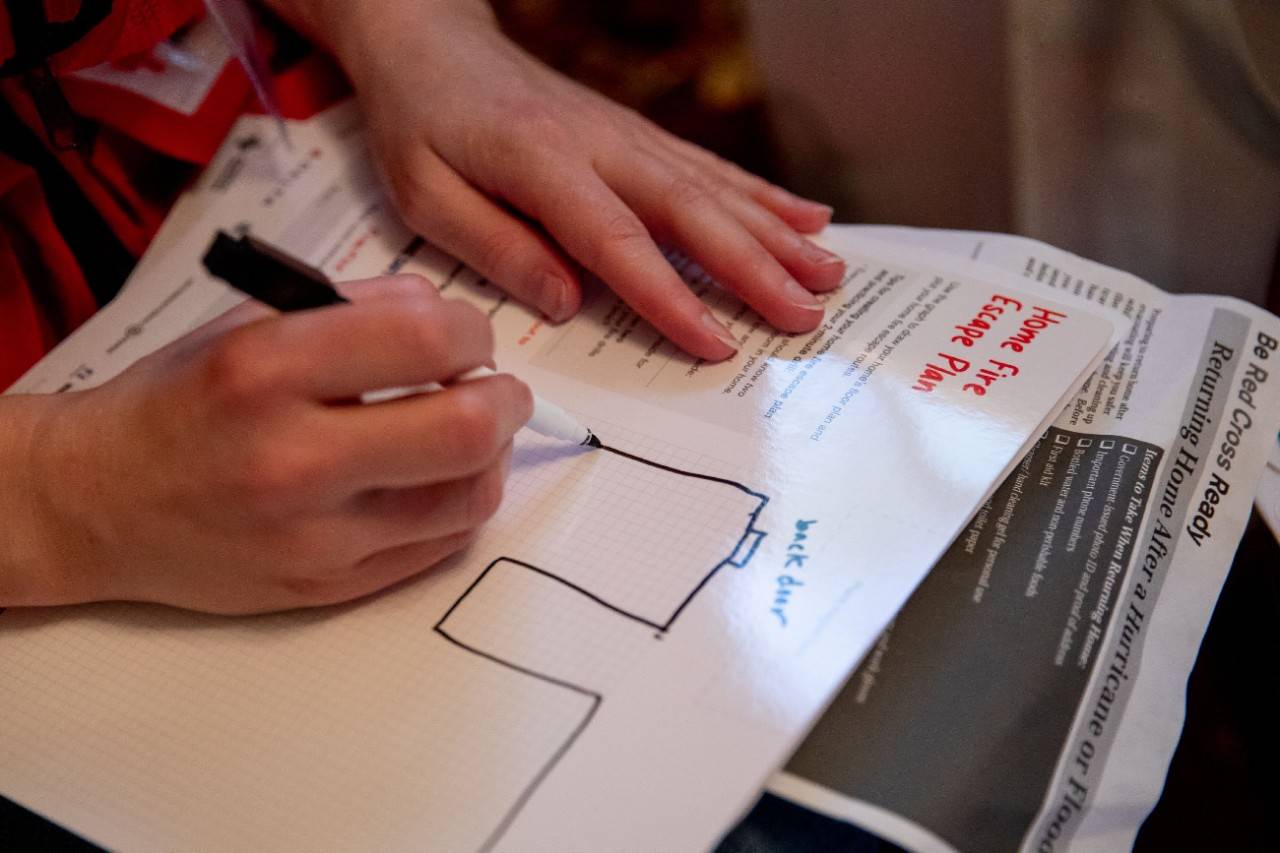 In October 2019, as seasonal Santa Ana winds fanned arid Riverside County, a fire ignited in the parched mountains of Jurupa Valley. No one saw it start. Residents reported, “It just started burning.”

Luckily, they were prepared.

During a February 2019 American Red Cross Sound the Alarm event in Jurupa Valley, Kimberly Aufrecht and other volunteers had canvassed that same neighborhood, installing free smoke alarms and educating residents about the dangers of home fires and other types of local disasters.

Sadly, home fires claim seven lives each day on average, but working smoke alarms can cut the risk of fatalities by half. As part of the nationwide Home Fire Campaign, Sound the Alarm events were established to help prepare communities for home fires. During these events, Red Cross volunteers and partners install free smoke alarms and share home fire safety information with residents.

As luck would have it at this particular event, Kimberly’s team was also armed with do’s and don’ts for wildfire preparation and evacuation.

“We did the standard presentation on preparation and having an evacuation plan in the event of home fire, but we also talked about wildfires, which can be prevalent in California,” Kimberly said. “I remember when we were canvassing that neighborhood, there was a really dry hill next to the mobile home park, so we talked to residents about the risk of a brushfire there, and how critical it would be to evacuate immediately if a fire erupted.”

Little did they know that a few months later, flames would sweep down that hill and threaten the community. In late October, a blaze broke out and grew to 628-acres, damaging two buildings but leaving area residents unharmed.

“That hill burned but the evacuation was swift and efficient; everyone got out quickly, with no issues,” Kimberly pointed out. “It was very rewarding, knowing we as a team made a difference in that community. I hope the other neighborhoods we reach out to are able to face emergencies with as much success.”

Kimberly added, “The Sound the Alarm program is ongoing, and we’re always in need of more volunteers to help. You don’t have to be a trained volunteer to assist: we have tasks for all capabilities and interests, to help the cause.”

And Kimberly’s experience is case-in-point. She got bit by the Red Cross bug as a member of AmeriCorps a year earlier, when she participated in her first Sound the Alarm event. “After that experience I applied for a position with the Red Cross. I discovered I had a real passion not just in disaster relief, but in helping people prepare for and avert disasters.”

Since that time, Kimberly has gone on to become the Regional Community Preparedness Manager for the Desert to the Sea Region, which will hold its signature Sound the Alarm events on April 25 & 28 and May 2, 2020.

To learn more or to volunteer for an upcoming Sound the Alarm event near you, please visit SoundTheAlarm.org/DTS.