Volunteer of the Month Naomi Nolte-Caroll

“I’ve seen what the Red Cross does – all around the world. No matter what happens, Red Cross volunteers are there to support their local communities.”

A passionate storyteller and highly skilled photographer and videographer, November 2022 Volunteer of the Month, Naomi Nolte-Carroll understands the power of words and images in documenting and promoting the lifesaving work of the American Red Cross. “I’m particularly honored to be nominated as a communications volunteer,” said Naomi. “I do believe in the importance of communications in the work that Red Cross does.” Since joining the American Red Cross San Diego and Imperial Counties Chapter one year ago, Naomi’s videos and stories have captured a wide range of Red Cross activities including the 30-year partnership between the Red Cross and Mercy Air, the experience of fire evacuees in Red Cross shelters and the lifesaving importance of blood donations.

Naomi, who began her work with the Red Cross in 2018 in the Netherlands, has also served with the International Federation of Red Cross (IFRC) in Haiti, Guinea and, most recently, Poland, where she was part of the Red Cross team supporting families fleeing from the war in Ukraine. “We were stationed at a train station at the Polish border, with train after train arriving from Ukraine,” said Naomi. “The children getting off the train were dehydrated and exhausted. We could see their mothers sitting on the floor of the train station crying.” According to Naomi, the sadness and sense of panic experienced by these Ukrainian families is similar in many ways to the emotions experienced by families evacuated from their homes here in Southern California because of wildfires. In Naomi’s video interview with Joan Rogers, a Fairview Fire evacuee, Naomi captures the care and support Joan received from volunteers at the Red Cross shelter at Tahquitz High School. “You can’t walk ten feet before someone will say ‘Can I help you?’” Joan said. ‘I couldn’t ask for a better group of people to take care of us…. My heartfelt thanks for their generosity of spirit, direction and help.’” 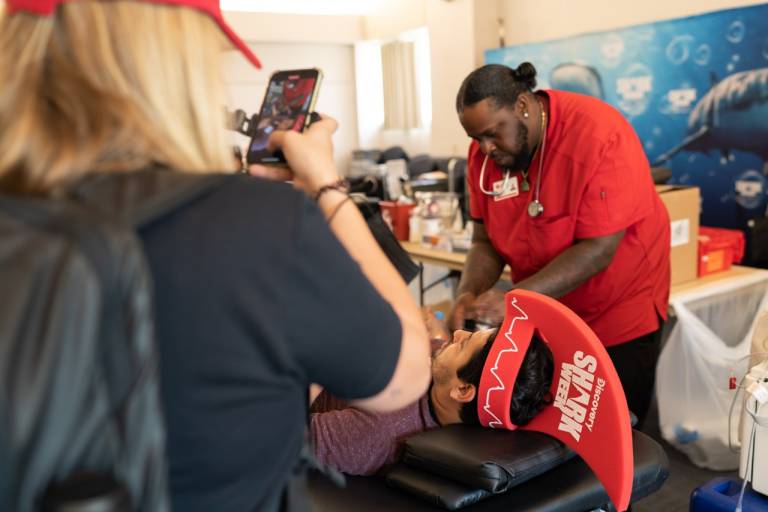 Naomi is pictured filming a blood donation at the Shark Week Blood Drive at the Living Coast Discovery Center. 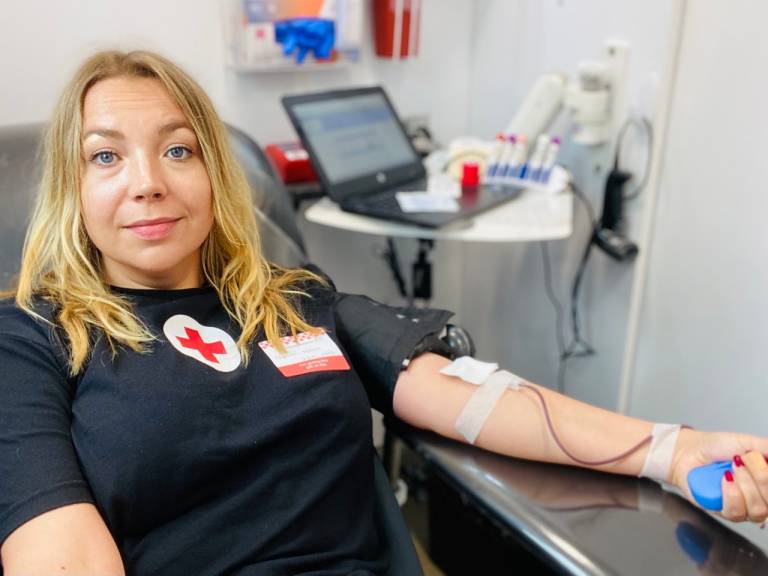 Not only does Naomi volunteer for the communications department, but she is also a blood donor! 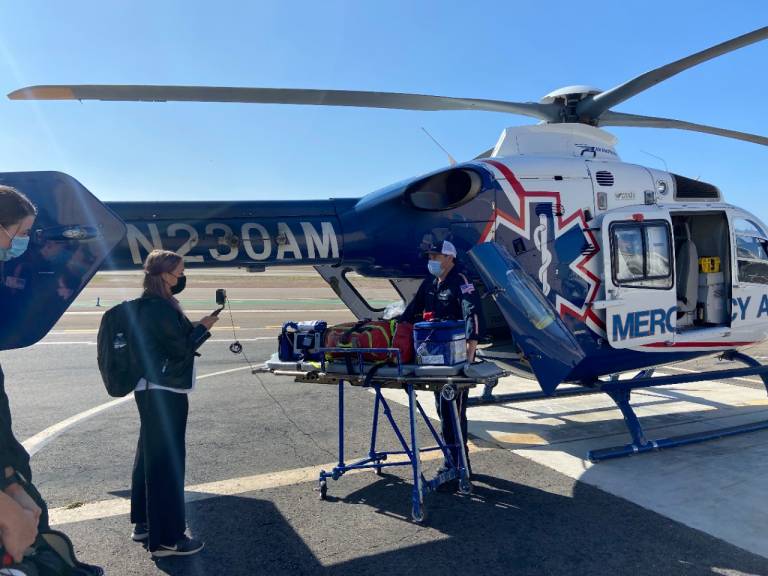 Naomi is pictured filming a video at Mercy Air which provides critical care air transport service throughout California and Nevada. They are also the only air ambulance provider in Southern California and Nevada that carries blood products on their planes and helicopters.