“When I retired, I wanted to give back to my community”

“When I retired, I wanted to give back to my community”

In 25 years of living in Florida, resident Paul Bonasia had never been evacuated. However, in September 2017, as Hurricane Irma approached southwest Florida, the National Oceanic and Atmospheric Administration (NOAA) reported there was the risk of a 9 to 12-foot storm surge, and Bonasia had no choice but to leave his home in Cape Coral for a local shelter.

The shelter was set up at a public middle school in North Fort Myers, 15 miles from his home. When Bonasia arrived, more than 2,000 local residents were sheltering at the school. He was impressed by how organized and efficient the shelter was being run and how community members, like teachers and police officers, came together to ensure one another’s safety during a time of disaster.

Bonasia slept in an art classroom with 30 other people. Others camped out in the school hallways where there were no windows.

After two nights of sleeping at the school, Bonasia returned home and found there was no damage to his property. Although his house had lost electricity, the power was back on within 24 hours. Having been spared the worst of the storm, Bonasia searched the internet for information on how he could get involved to help others who had not been as fortunate.

Bonasia found that he could sign up online as an event-based volunteer with the Red Cross. He worked in the warehouse and delivered water and other supplies in southwest Florida. He also worked at the Estero Recreation Center, which was converted into a shelter for many weeks after the storm for families who were unable to return to their homes. “It was a great introduction to what the Red Cross does to respond to a disaster,” Bonasia said. “I learned a lot about what happens at a shelter – like feeding, performing safety checks, and organizing donations.”

While volunteering, Bonasia learned that Red Cross volunteers had come from all over the U.S. to help his community during a time of need, which inspired him to join the Red Cross officially.

A retired software project manager, Bonasia has been a Red Cross volunteer for five years. He has deployed six times to help with disaster relief operations, including during Hurricane Michael in 2018, Hurricane Dorian in 2019, Hurricane Ida in 2021, and the Fort Myers tornado earlier this year. Bonasia has taken on roles such as Shelter Manager and Emergency Response Vehicle (ERV) driver.

“When I retired, I wanted to give back to my community,” Bonasia said. “Being a Red Cross volunteer, I feel my volunteer hours directly benefit people in need. I enjoy giving back and derive a sense of fulfillment in assisting the victims of disasters.”

One of Bonasia’s most memorable experiences with the Red Cross was his first deployment in 2018 to Virginia and North Carolina for Hurricane Florence. Bonasia deployed ahead of landfall to serve as a shelter worker. However, the storm bypassed the Virginia coast, and instead, Bonasia was sent to Richmond, then to Durham, and eventually to Fayetteville. By day 10 of his 14-day deployment, Bonasia was ready to get to work.

“Suddenly, I was the new kitchen supervisor,” Bonasia said. The last four days of his deployment were the best of the trip. He used his training and project management skills to set up the kitchen and direct other volunteers. They successfully prepared three meals per day for over 150 people at the shelter. “I learned a lot from that deployment – mostly patience. Finally, at the end of my deployment, I was able to use my skills, help disaster victims, and make a real difference.”

Outside of disaster relief support, Bonasia has taken on volunteering roles as a Front Desk Receptionist and Client Assistance Card Administrator at his local Florida Gulf Coast to Heartland chapter. Bonasia, who graduated with a Bachelor of Fine Arts degree in photography, has recently become a Visual Storyteller volunteer supporting the Communications department in capturing photos and social media content at events within the region.

For Bonasia, one of the joyful aspects of volunteering with the Red Cross is meeting people from faraway places. Working at a shelter once in Newport News, Virginia, Bonasia and five others struck up a conversation. “We were all from different areas – Louisiana, Oregon, Texas, Boston – and I’m from New York,” Bonasia said. “I found it amusing to hear all the heavy regional accents in one conversation. We had come together from all over the country with the common goal of helping others.”

Volunteering with the Red Cross has kept Bonasia involved in community work. “I have seen firsthand how the Red Cross has made a difference to the victims of hurricanes and how they are thankful for our support,” Bonasia said. “I am very happy and proud to be a part of that.”

The humanitarian work of the American Red Cross would not be possible without the help of its nearly 300,000 volunteers. Volunteers make up 90% of the Red Cross workforce and because of their dedication and commitment to our mission, the Red Cross can respond to over 60,000 disasters annually, provide aid to military members, veterans and their families, teach lifesaving skills such as first aid and CPR, and prepare communities nationwide for emergencies.

As Florida prepares for another active hurricane season, the need for volunteers has never been greater. Our most-needed disaster positions include supporting shelters and providing health services. Visit redcross.org/SFLvolunteer to become a volunteer and provide help and hope when it matters most. 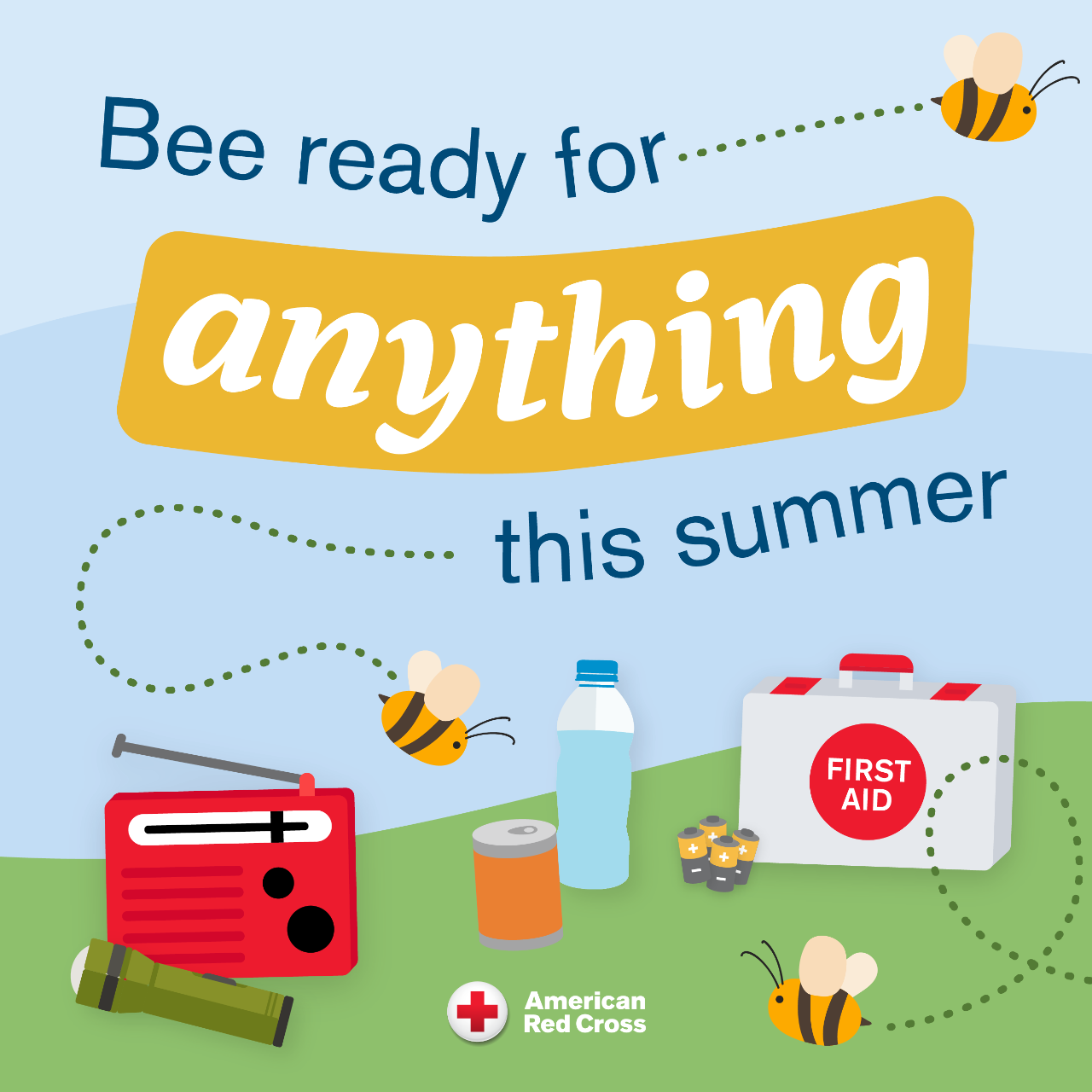 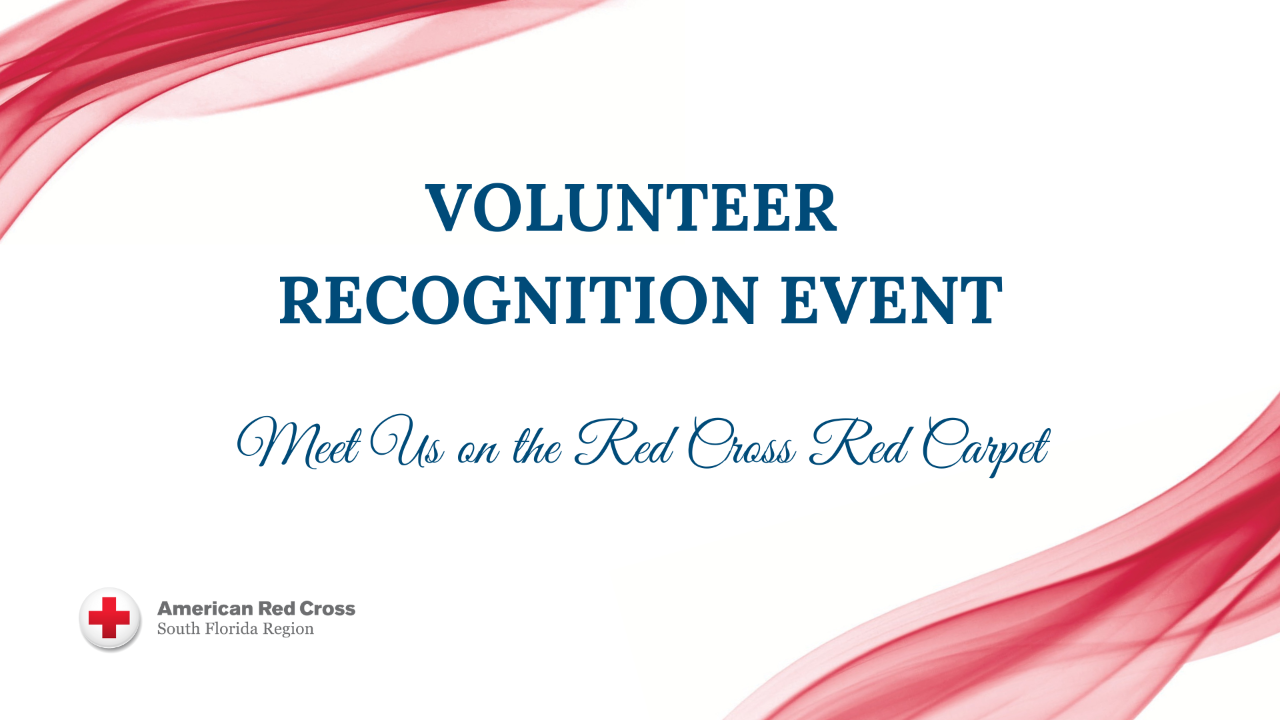