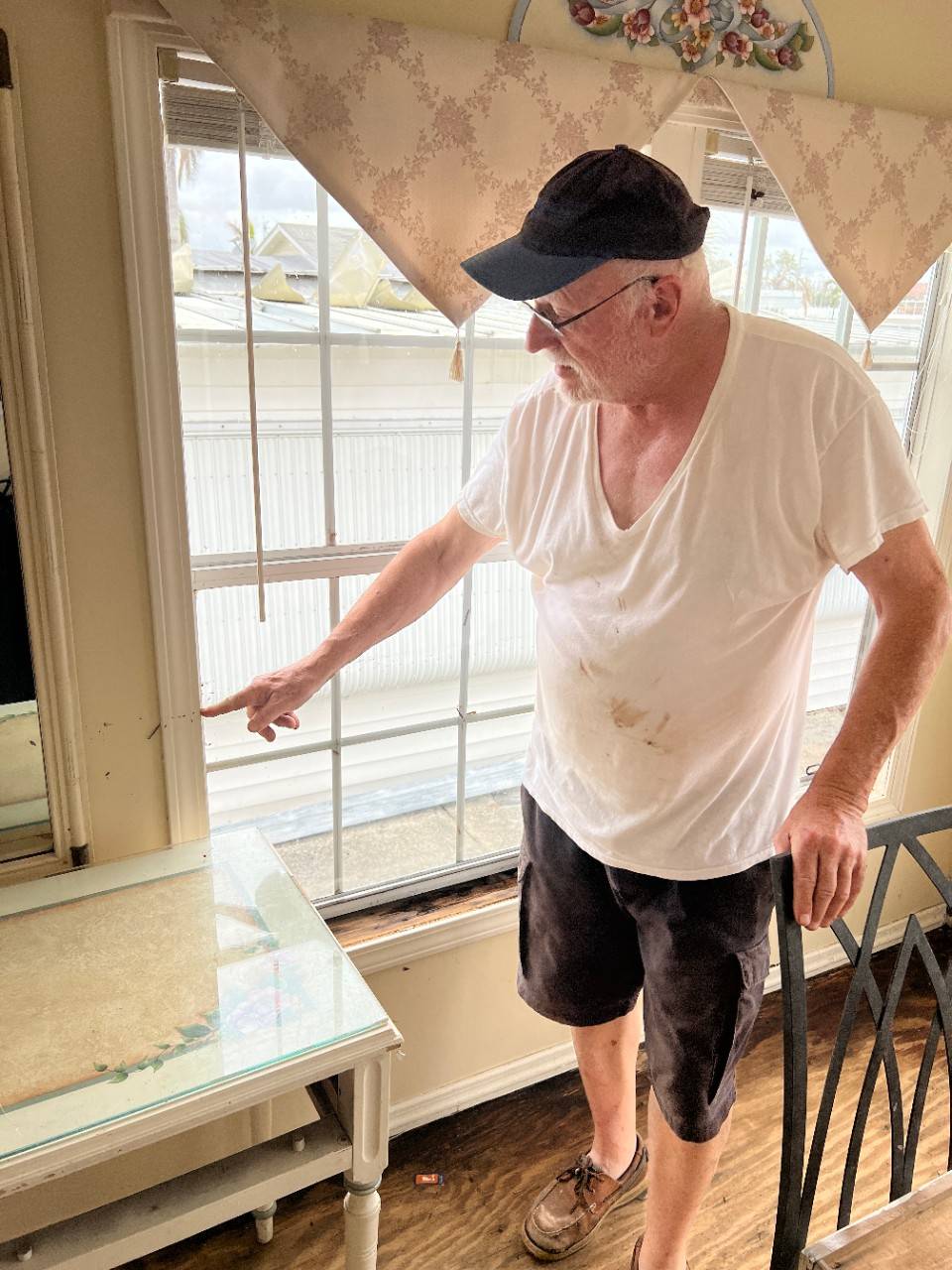 Canadian snowbird Paul Sawler considers himself lucky for several reasons. He and his wife, Donna, were safe in Halifax, Nova Scotia when Hurricane Ian slammed into Fort Myers, where the couple spends the winter months. The floor of their tidy manufactured home is plywood, not particle board, so it’s drying out and probably won’t have to be torn out altogether. And the American Red Cross disaster truck comes through his neighborhood regularly, delivering meals, bottled water and snacks.

“The Red Cross meals have been so good,” he said. “There is so much food, and it’s really good, too.

“People start coming from every direction. It’s kind of a high point of the day for everyone to get together and take a break and talk a little bit.”

Like so many areas in south Florida, Sawler’s neighborhood took on a breathtaking amount of water.

He pointed to the water line on the wall. “It’s at my waist,” he said. “That’s about eight feet above the ground level here. I’m glad we weren’t here for it.

“I’m sleeping on a lounge chair and there’s no air conditioning, but we’re lucky,” he said. His wife stayed in Halifax while Sawler handled the cleanup chores.

He plans to finish as quickly as possible, so he and his wife can return to the Florida they love.

Three weeks after Ian, Red Cross feeding trucks are still fanning out across storm-impacted parts of Florida twice daily, with free hot lunches and hot dinners. Each truck has a crew of two and enough food to scoop and serve more than 200 meals.

At the peak of the feeding operation, Red Cross had more than 100 food trucks in Florida providing more than 20,000 meals each day in shelters, fixed aid stations, and in communities like Sawler’s where electricity and clean water were not restored. 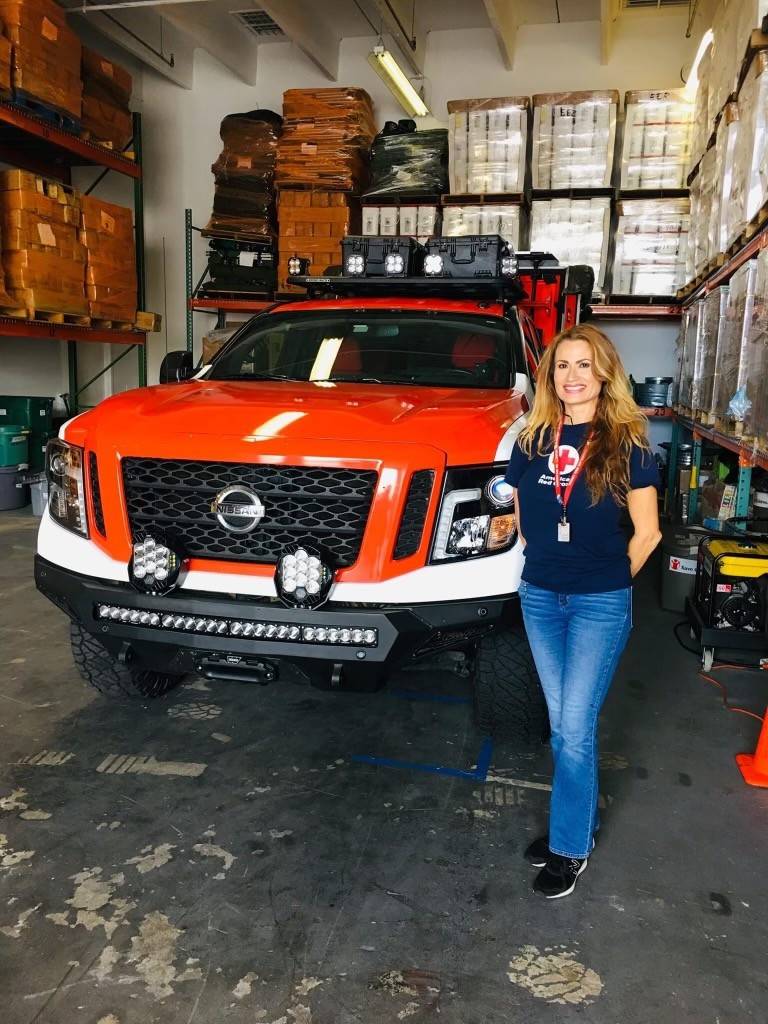