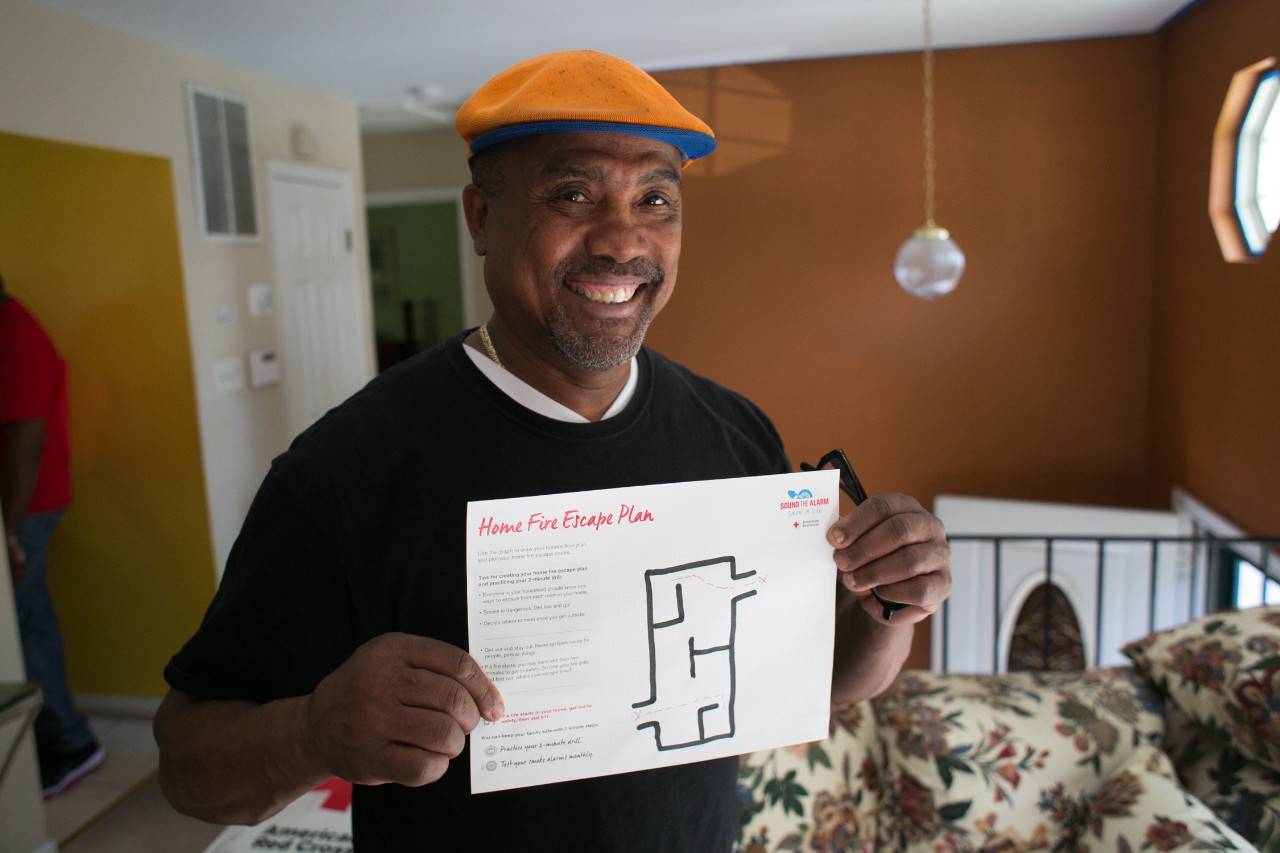 According to the National Fire Protection Association, nearly 1,000 home fires each year are started accidentally by the homeowners’ pets, while at least half of a million pets are affected by house fires in the United States. “It only takes two minutes for a home to burn down and yet most pet owners don’t take the necessary steps to avoid these incidents from happening,” says Raymond Boyd, Disaster Program Manager for the American Red Cross Broward County Chapter.

With July observing Pet Fire Safety Day and National Grilling Month, it is the perfect opportunity to remind communities how to protect their homes and furry friends from this potential danger. “It all comes down to prevention, especially if it involves pets”, adds Boyd while adding how home fires can be caused by all kinds of pets, including smaller animals especially when if you have appliances and furniture within their reach. Cats, in particular, have a tendency to jump, potentially reaching the top of the stove and may accidentally turn it on.

Removing stove knobs or protecting them with covers before leaving the house is the best idea to avoid fires in the kitchen. A stove or cooktop is the number one piece of equipment involved in a pet starting a fire. But homeowners should also be careful with phone or computer chargers that many leave plugged in, even when not in use. “Your pet can easily reach the charger and create a spark that may end in a fire,” says Boyd.

In addition, it is best to supervise pets when there’s an open flame around, such as a lit candle, that ideally should be flameless, or fireplace since many pets are curious and enjoy investigating their surroundings. But perhaps the most resourceful fire prevention practice anyone should follow is creating an escape family plan that includes pets. “Humans sometimes get hurt while trying to save their pets, because they go back into the house when there are flames or smoke,” states Boyd.

The situation can escalate quickly when pets hide in an attempt to save themselves or out of fear. “The problem lies in the fact that sometimes people are not educated in where those hiding spots are,” explains Boyd. The good news is that by having a well-established escape plan, that should be practiced consistently, can save any family from dealing with this situation. As part of the escape plan, the Red Cross recommends not only knowing where your pets hide but also teaching them to go to their owners when called. “Practicing the plan with your pet is key because they'll know what to do in case something was to happen.”

Home fires are not only caused by pets, in fact, cooking is also the leading cause of home fires. Often times many people attempt to multitask while cooking and forget hot items are on the stove or in the oven.

“It’s a big mistake to leave the stove or the oven unattended, even at low temperature. Unfortunately, most home fires happen in the kitchen and multitasking is one of the reasons. Anything involving heat shouldn’t be combined with another activity,” says Boyd. If you must leave the kitchen, even for a short period of time, turn off all cooking appliances. Creating good cooking habits such as cleaning the stove before turning on the heat, turning pot handles to the back of the stove to avoid spills, and using a timer while cooking, can help prevent a potential fire.

In addition, home fires frequently occur outside of the kitchen, especially when friends and family are outdoors enjoying a weekend barbeque. Grilling fires spark more than 10,000 home fires on average every year. “Sometimes people get creative and grill inside a garage, and that’s a bad combination, especially if you have a gas leak or you put in too much lighter fluid to get the charcoal grill started,” warns Boyd.

This summer, the American Red Cross reminds grillers to never grill indoors as harmless as the situation may seem. This golden rule extends to houses, campers, tents, or any enclosed area. Accidents also take place in backyards while grilling under a patio roof. If a large flame sparks, it may hit the roof and potentially start a fire that can become uncontrollable.

“Always cook in the open without branches, a deck, a tree, or anything above the grill that could catch fire,” suggests Boyd. In addition, invest in a fire extinguisher and smoke alarms for your home. While it may not save your property, it can save you and your loved ones' lives. It should be noted that smoke alarms are to be tested monthly and placed inside and outside bedrooms and sleeping areas.

Home fires claim seven lives every day but having working smoke alarms can cut the risk of death in half. The Red Cross helps reduce home fire deaths and injuries through a series of home fire safety and smoke alarm installation events that take place throughout the year.  This initiative is called Sound the Alarm and is a critical part of their Home Fire Campaign that was launched in 2014.

Amid the coronavirus pandemic, the Red Cross continues to assist victims of home fires. “Now, we first conduct a virtual meeting to address the situation with the client and the Fire Department, and then send a runner to deliver a comfort kit that contains essential items and helps families recover.”

If you or anyone around you is in danger due to a potential fire, call 911 immediately. While help arrives, make sure everyone gets out and meets at a previously designated spot. Never go back inside a burning building. “Having a meeting point after a fire happens is crucial for everyone’s safety,” concludes Boyd.

To learn more about the Red Cross' Home Fire Campaign and how to prevent, prepare and respond to a home fire, visit redcross.org/homefires.